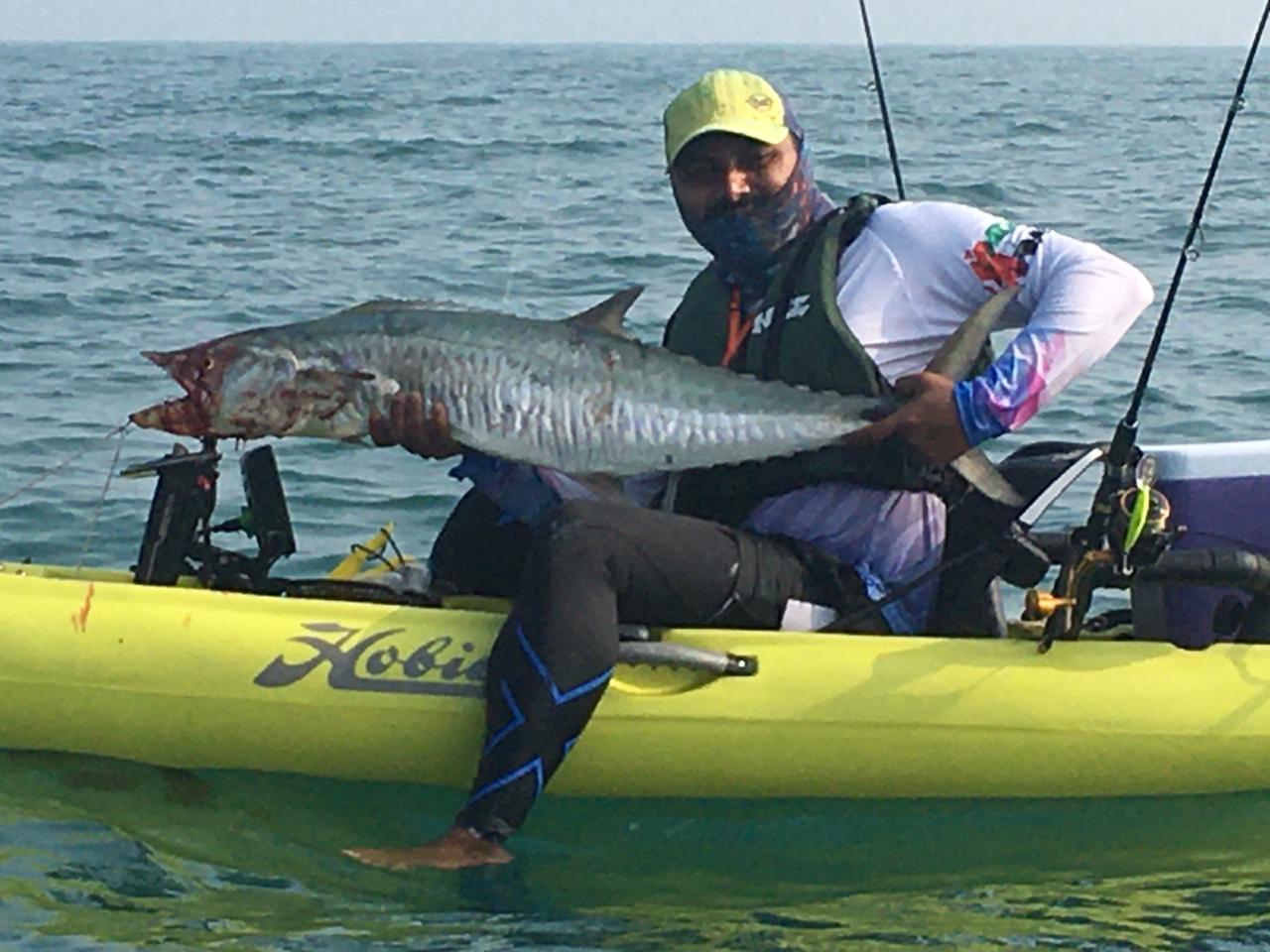 The Dubai International Marine Club is organizing the Dubai Kayak Boats Fishing Tournament today (Saturday 21 November 2020)  in cooperation with the Department of Tourism and Commerce Marketing in Dubai, for the first time in conjunction with the Dubai Fitness Challenge (30 x 30)  within the marine sports season 2020-2021.

The tournament is sponsored by a number of institutions and companies that provide support for the event, including the Al Watania Marine, Maui Kayak Shop, Dalton Custom Roads, Adventure HQ, Major Craft, Shimano, Barracuda, Raymarine that will give valuable gifts to all the winners of the event and in addition to that the financial prize that have been allocated in winners of the Powered Kayakers Angles Biggest Fish and Women Kayak Anglers Biggest Fish.

The participants will compete on the following category of fish such as Kingfish , Cobia , Barracuda, Golden Travelly and Queen Fish.

The even recorded a great turnout of participation from the fishing enthusiast which reached 100 participants who will sail around the beaches of Dubai in search of the fish to catch and to win amazing prizes allotted for the first winner of each category.

The championship was supposed to start 24 hours before but due to the bad weather forecast of the sea the organizing committee decided to postponed it for a day and to limit the competition to one day only and the winners to be later determined in awarding ceremony organized by the club.

Hezaim Al Gemzi, the Director of Sports Department at the Dubai International Marine Club, announced that all equipment has been completed for the start of the event today at 5:30 in the morning with the sticker distribution, prior to that is few reminder to all the participants before they proceed to fish around the area that was set for them. The handover of the catch fish is between 10:00 - 12:00 and also 04:00 - 05:30 PM.  And the awarding ceremony to be announced after the competition.

He welcomed all the participants in the event organized by the club for the first time as part of the current marine sports calendar and during the enlightenment meeting which was held virtually last Thursday he confirmed that the organizing committee works hard to achieve the safety of all the participants that's why it was one day postponed.


He stressed that the organizing committee provided all participants with the opportunity to deliver their catch to one point in Jumeirah 1, provided that it would take place during the morning and evening delivery periods timing today only (Saturday) while the organizing committee decided to postpone the coronation and announce the final results to a day to be determined later.