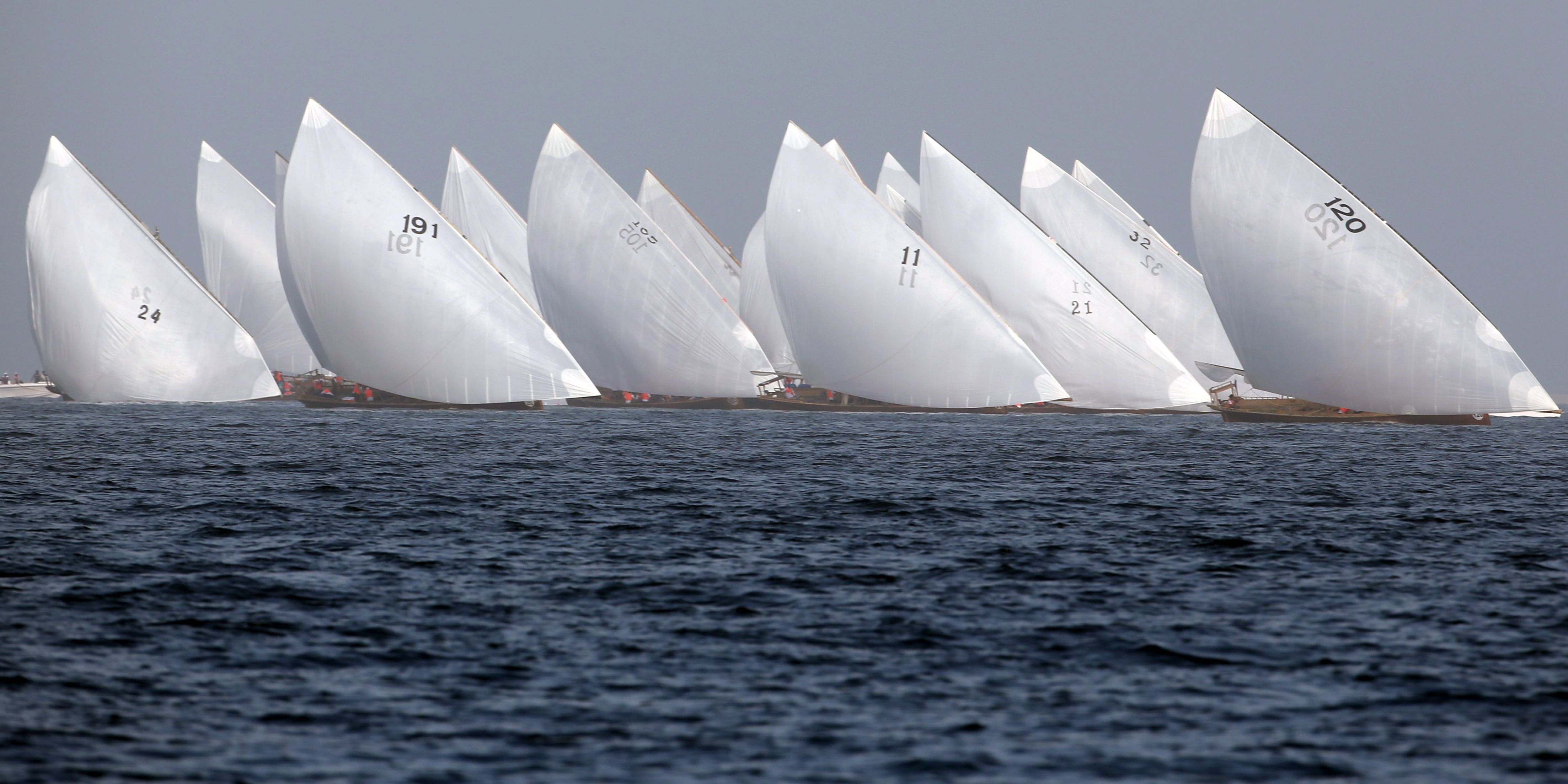 106 Boat to Participate in Al Gaffal Race on Friday

The Organizing Committee of the 30th Al Gaffal Long Distance Race, which is being held under the patronage and support of His Highness Sheikh Hamdan bin Mohammed bin Rashid Al Maktoum, Crown Prince of Dubai and Chairman of the Executive Council, has approved the registration of 106 boats that will sail towards the finish line in the Pearl Jubilee Edition of the race on Friday.

The upcoming edition of the Al Gaffal Race which was established in 1991 with an idea from the late Sheikh Hamdan bin Rashid Al Maktoum that carries a celebration of its 30th year (Pearl Jubilee), a three decade of great race and heritage that people waits every year. The day every year where the organizing committee of the event prepared for the final preparations for the event.

The big race is dedicated to the 60ft Dhow Sailing Race which is organized by the Dubai International Marine Club as it will start from Sir Bu Nair Island at 6:00 AM in the morning this Friday towards the finish line between the Island of Palm Jumeirah and Blue Waters opposite the new cultural landmark (Dubai Eye) where the boat will sail towards a distance of 53 nautical miles passing thru Moon Island which is mandatory transit point to continue on the second stage.

Today, Wednesday, the delegation the Organizing Committee of Al Gaffal Race is heading to Sir Bu Nair Island in order to prepare for the event and start the safety inspection procedures tomorrow, Thursday at the race starting point in the Island which will start on Friday morning.

The organizing committee of the great race also allocated a floating hospital on board the ship (Al Hail 1), where it allocated nursing rooms and emergency cases, in addition to the specialized medical team in anticipation of any emergency. to 53 nautical miles race.

The convoy ships going to Bu Nair Island includes Al Shindagha that will carry the delegation of the Dubai Media Incorporation, which will broadcast the event live on Dubai Sports Channels and Sama Dubai Channel, it will carry the team and the channel’s equipment for broadcasting the race.

Tomorrow (Thursday), the delegation of the Supreme Organizing Committee of the event, headed by Ahmad Saeed bin Meshar, Chairman of the Board of Directors, who will arrive at Sir Bu Nair Island in order to find out the latest preparations for the launching of the race on Friday.

The organizing committee of the event, in its meeting yesterday (Tuesday), reassuring  all the latest arrangements for the start of the great heritage and the success  of the event. The deadline for registration and approval of the final registration is today (Wednesday).