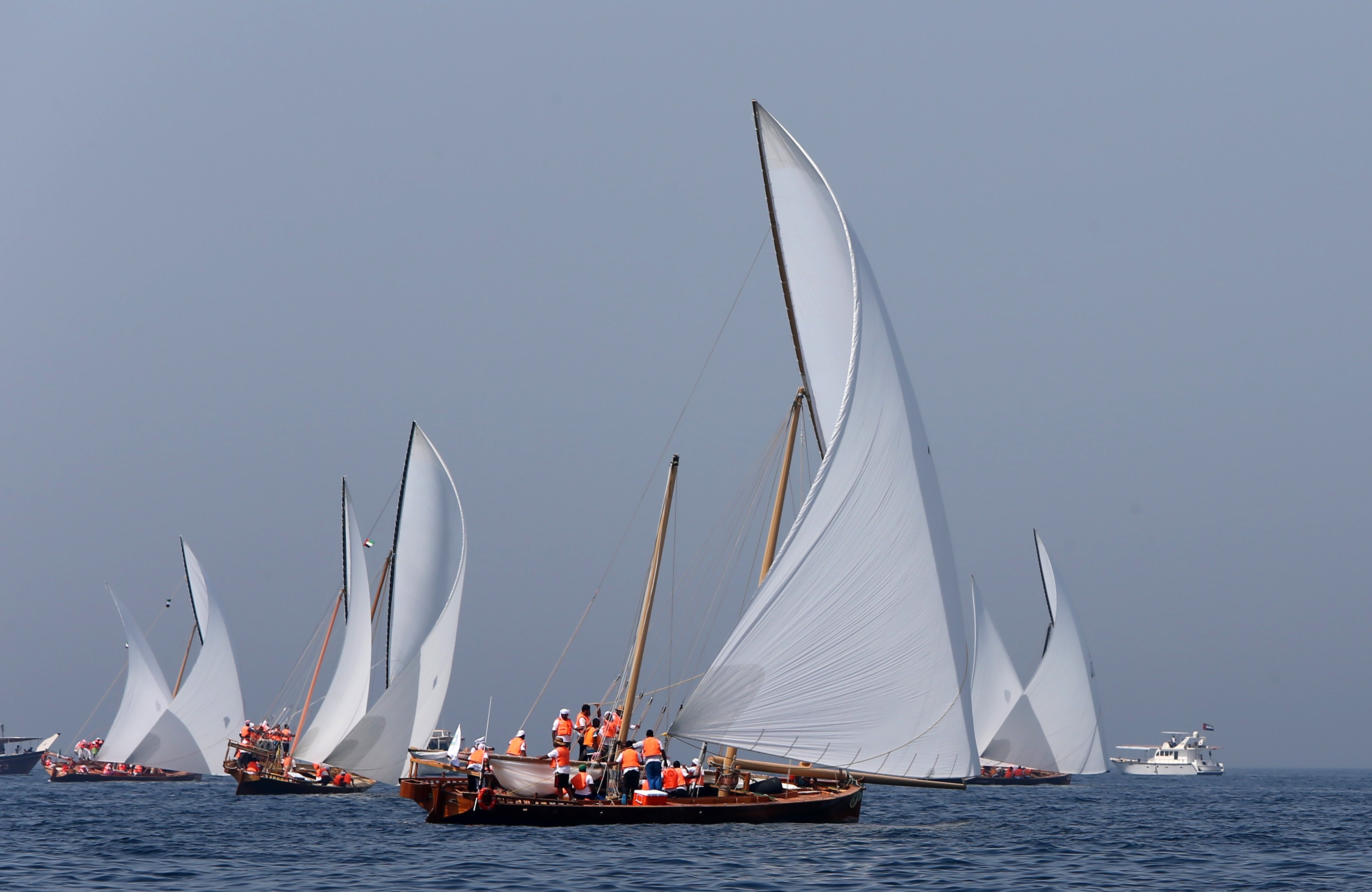 The Board of Directors at Dubai International Marine Club would like to extend their thanks and appreciation to His Highness Sheikh Hamdan bin Mohammed bin Rashid Al Maktoum, Crown Prince of Dubai and Chairman of the Executive Council, for his sponsorship and support for the 31st Al Gaffal Dhow Sailing Race 60ft which will be held between the period of 3-5 June 2022 from Sir Bu Na’air Island to Dubai Coast

This came during the monthly meeting of the club’s board of directors which was headed by Club’s Chairman Ahmad Saeed bin Meshar and  Juma Saif Al Suwaidi as Vice Chairman with the membership of Ibrahim Sultan Al Hadad, Rashid Thani Al Aail, Jamal Zaal bin Kreshan, Essa Mohamed Elhag Nasser, Khalid Ali Al Balooshi, and with the presence of Mohammed Hareb, CEO of DIMC.

During the meeting, the club’s board of directors wishes the higher organizing committee,  support committees, sailors, and all participants of the race the best of luck and success in the 31st edition.


In addition to that yesterday (Friday), the registration closed with 118 confirmed boat participants that will sail from Sir Bu Na'air Island towards the finish line at Dubai Coast passing through the first finish line at Moon Island with a total race distance of 50 nautical miles.

The committee announced the  continuation of registration until Thursday next week (2nd of June)  at the Al Gaffal Online portal prior releasing of Entry List before the race scheduled in between the period of 3-5 June 2022.