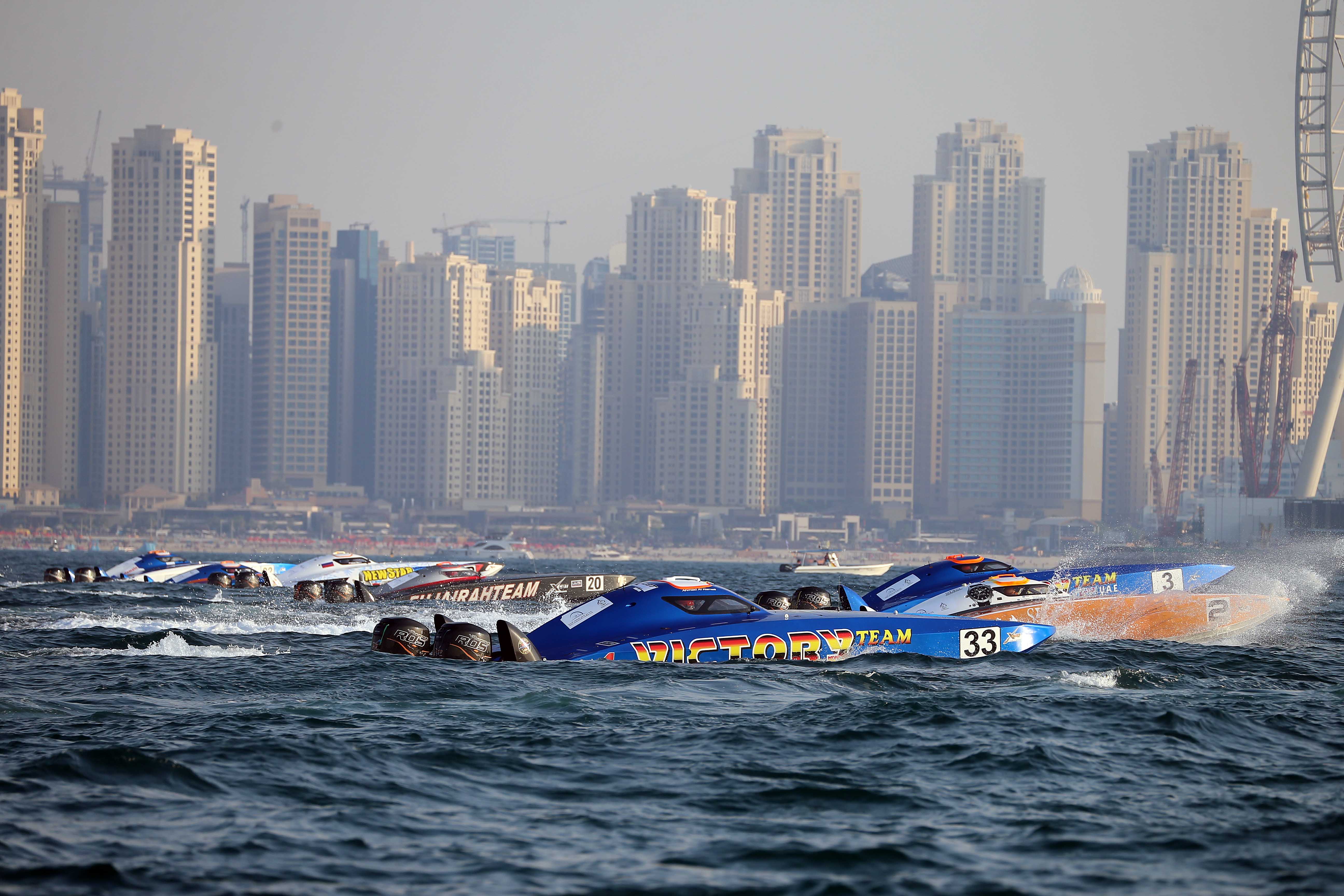 Mohammed Harib , CEO of DIMC welcome the participant of the Dubai Grand Prix - UIM XCAT World Powerboat Championship 2019 which will kick off on Thursday until Saturday (12- 14 December) at Jumeirah Beaches (behind Sunset Mall)

He also praised the great support and continuous for the grand event by His Highness Sheikh Mansoor bin Mohammed bin Rashid Al Maktoum, Chairman of Dubai International Marine Club, who directed the success of the event in the best way as it is happened in the major cities internationally.

12 boats is expected to be part of the upcoming world championship led by the UAE Team , the Dubai Police boat no.  3 with the duo Arif Al Zaffain and Nadir Bin Hendi  and the Abu Dhabi Boat no. 4 led by the duo Faleh Al Mansouri and the US driver Shaun Torrente, another boat from the team the Abu Dhabi boat no. 5 led by Rashed Al Tayer and Majed Al Mansoori and the boat from Victory Team no. 33 led by Salem Al Adidi and Eisa Al Ali which announced their participation recently.


Mohammed Hare said that the audience will be thrill with excitement as the approaching World Championship on its new location at Jumeirah Beach (behind Sunset Mall) which is next to the public race track wherein everyone will witness an intense competition among the top drivers in the world bringing the together in one famous international race.

He wishes everyone a success especially all the UAE team which have won the title's in the previous years.

The Victory Tean boat no. 33 will return its participation in the XCAT World Powerboat Championship - Dubai Grand Prix as a wildcard team in the thrid and final round after they missed the two rounds held in Italy and China.

The team completed their preparations needed to participate in the event led by the duo Salem Al Adidi and Eisa al Ali driving the boat no. 33 for Victory Team.

The presence of the Victory boat will add the excitement of the event as the 12 boat compete for the overall points in the standing.