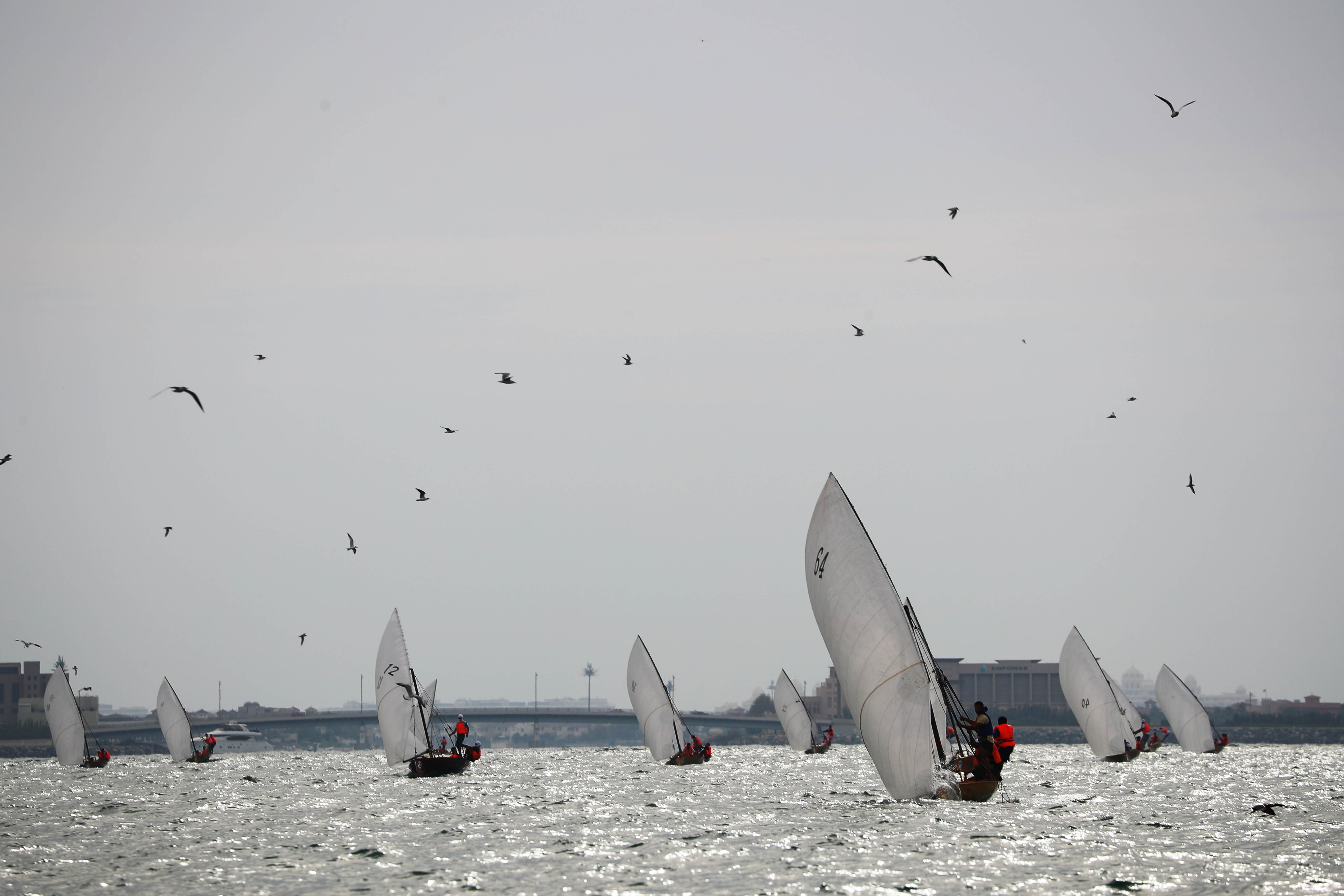 Dubai International Marine Club is set to organize the 22ft Dubai Traditional Dhow Sailing Race on Friday at Jumeirah Beaches as part of the marine sports season 2019-2020 in conjunction with the First Global Robotics Challenge hosted by Dubai (2019) on October 24-27 with series of activities.

The initiative is part of a joint collaboration between the club and the Dubai Future Foundation, which is hosting the First Global Robotics Challenge 2019 to raise awareness of the importance of ocean clean-up and the use of robot technology and artificial intelligence to face the threat of global challenges including marine environment issues.

The organizing committee at the Dubai International Marine Club has completed all the necessary equipment to make the race a success, which is the beginning of the 22ft dhow race category in the new season 2019-2020, wherein  brings together a group of young people divided into two categories such as  the youth which ages 8-21 years old and the juniors 8-16 years old. The division system will be implemented in the current season after its success the last season which aim to train the new generation of skilled sailors for future competition and to revive the cultural heritage of the United Arab Emirates.


The race will kick off at 3:30 pm on the waterfront near Jumeirah beaches for up to four nautical miles.


Mohammed Hareb, CEO of DIMC , said: `` We, the Dubai International Marine Club are delighted that the 22ft Dubai Traditional Dhow Sailing Race will carry the flag for First World Robotics Challenge 2019 to be hosted by the Emirate of Dubai from 24-27 October and as part of Promoting the event is an initiative to raise awareness of the importance of ocean clean-up and attention to the marine environment and the use of artificial intelligence to ward off those risks."

He added that the directives of His Highness Sheikh Mansour bin Mohammed bin Rashid Al Maktoum, President of the club, always focus on the success of the initiatives aimed and praising the Dubai Future Foundation for the existing cooperation in success of promoting this initiative before the start of the global challenge at the end of October through the activities and events of the club, Dubai International Marine, which will work on to achieve and disseminate those concepts and plans.