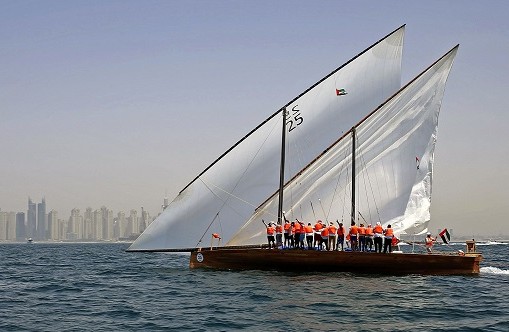 The Organizing Committee of the 29th Al Gaffal Long Distance Race is readying to hold the big event on Friday, under the support and patronage of His Highness Sheikh Hamdan bin Rashid Al Maktoum, Deputy Ruler of Dubai and Minister of Finance.

The Organizing Committee of the big race are following the completion of all the procedures and equipment needed in which they will go to Sir Bu Na'air Island prior to the race for some testing and safety procedure.

As part of the club preparation since last week in which they have announced the start of the registration for participation in which they will receive until Tuesday where they encourage everyone that those who want to participate in the race to complete the needed procedure before the releasing of the entry list (final participant.)

Ali Nasser Belhabala, Vice Chairman of Dubai International Marine Club and president of the organizing committee of the event wants to thank His Highness Sheikh Hamdan bin Rashid Al Maktoum , Deputy Ruler of Dubai and Minister of Finance , for the support in the  the big event since its launching way back 1991  and for the success of the race which currently now on its 29th edition. He said that the organizing committee is keen in implementing a standards of security and safety procedure for the sailors and all the participants of the race.

He said that the committee is checking the best condition to make the race which is on Friday as per the weather forecast where the wind speed are good. The committee is also focus on the sea state in coordination with the  National Center for Meteorology and Seismology, to check when is the right time to leave going to the Sir Bu Na'air Island.

The closing date for registration on Tuesday in which the sailors received a link thru SMS regarding the online registration and for further update about the race to guide them accordingly.