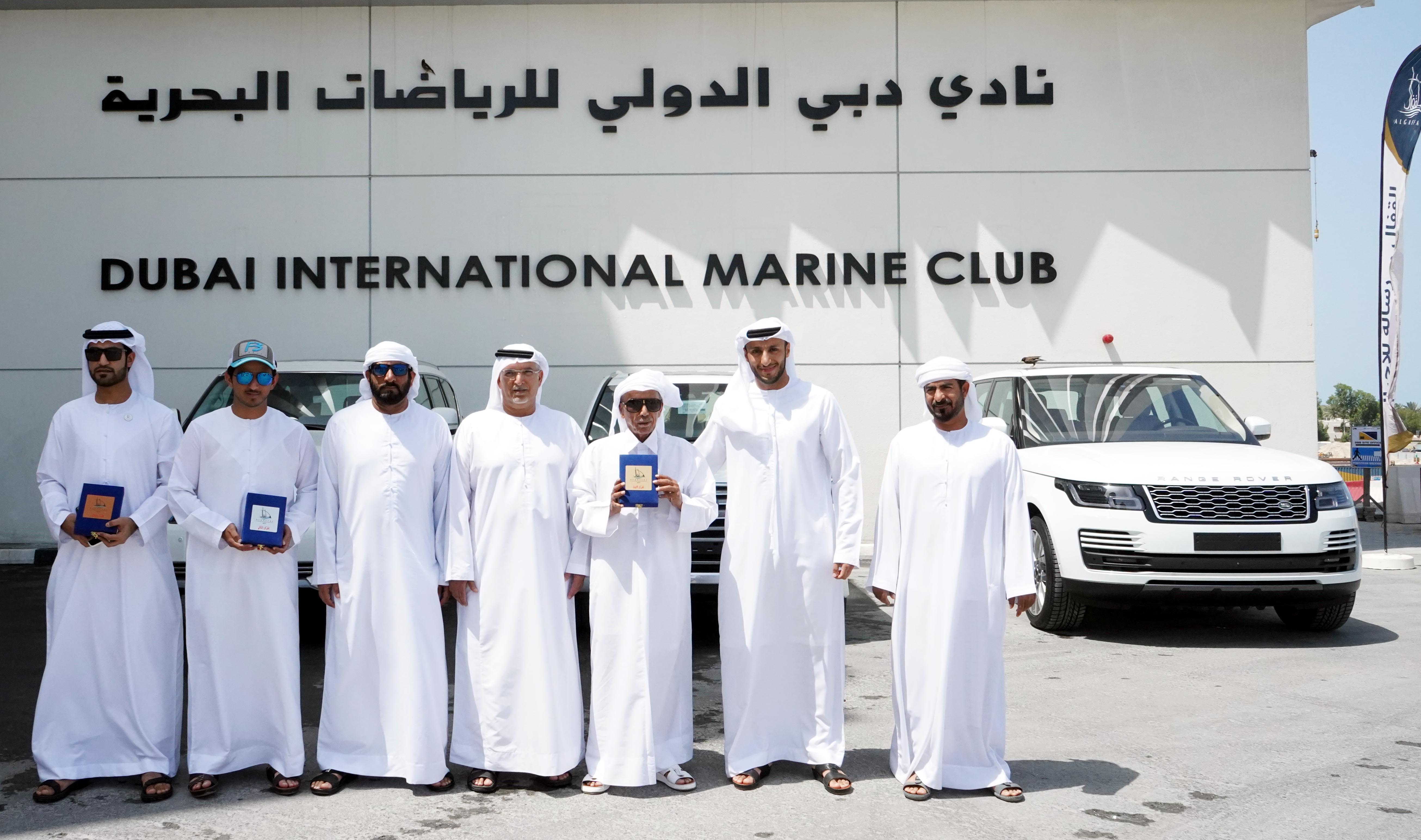 In recognition of the 29th Al Gaffal Long Distance Race winners, His Highness  His Highness Sheikh Hamdan bin Rashid Al Maktoum , Deputy Ruler of Dubai and UAE Minister of Finance give three luxury cars to the first , second and third winner of the big race which is held last Friday, 3rd of May organized by Dubai International Marine Club .

His Highness Sheikh Hamdan bin Rashid Al Maktoum , patron of the event has ordered increase the value of the prize awards in the current edition of the race which is amounting to 12 million dirhams with the three luxury cars  in recognition of the interest of the people in the race wherein they make a largest number of participants of 131 dhow boats.

The boat 96 "Al Shaqi" which is owned by HH Sheikh Hamdan bin Rashid Al Maktoum , Crown Prince of Dubai and Chairman of Dubai Sports Council  and skipper by Khalaf Buti Musabeh Al Ghashish won the first place in the race with the car "Range Rover 2019" in addition to the cash prize

The boat 120  "Zayurikh" which is also owned by  of HH Sheikh Hamdan bin Mohammed bin Rashid Al Maktoum , Crown Prince of Dubai and Chairman of Dubai Sports Council and led by Khalifa Muhair Saeed Al Mazrouei for the second place with a Lexus LX SUV 2019 in addition to the prize money.

In behalf of the organizing committee, Hezaim Al Gemzi the Race Director of the 9th Al Gaffal congratulate and handover the car keys to the winning boat - 96 "Al Shaqi", 120 "Zayurikh" and 199 "Hasheem"