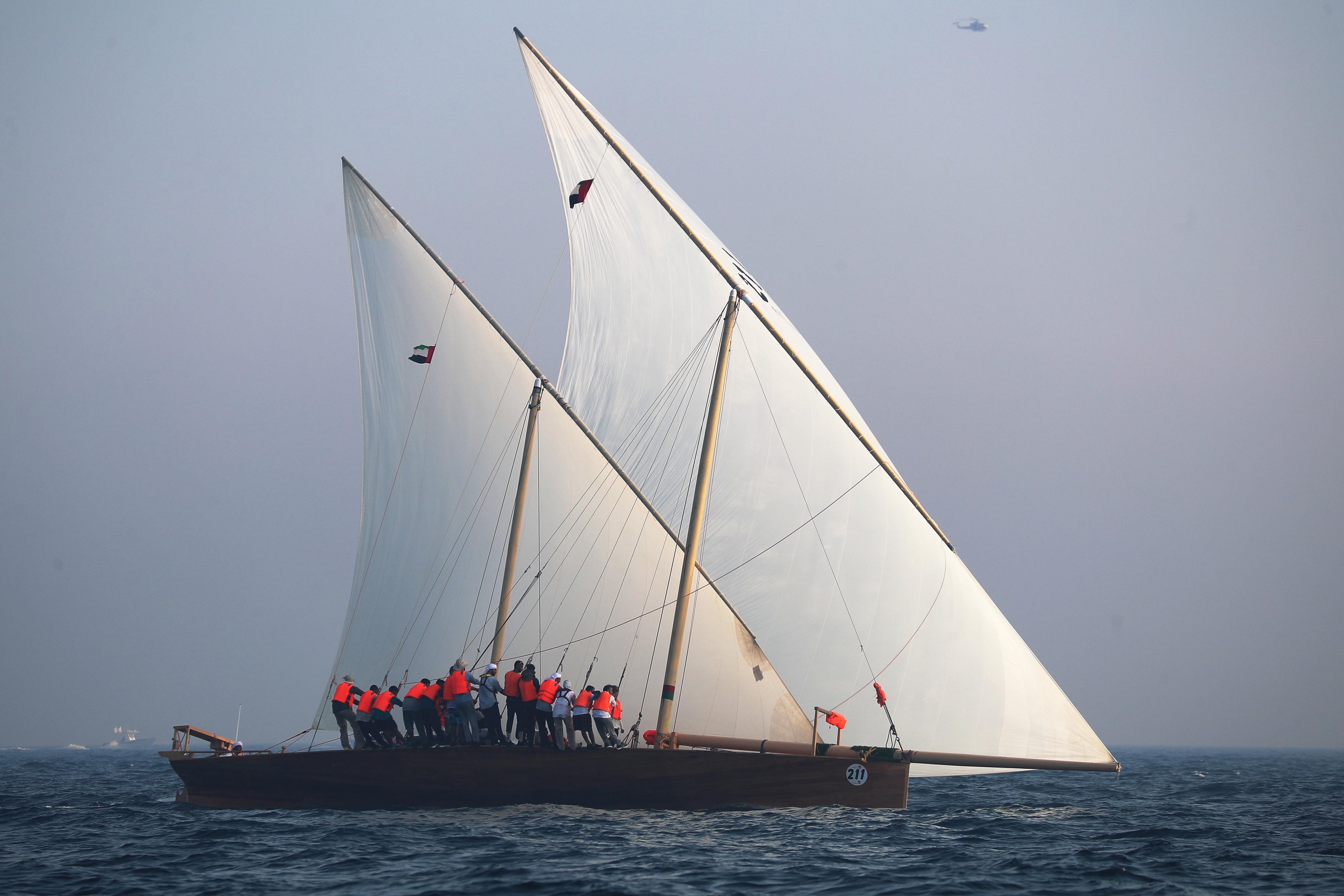 Under the patronage of His Highness Sheikh Hamdan bin Mohammed bin Rashid Al Maktoum,  Crown Prince of Dubai and Chairman of the Executive Council, has approved the new date for the 31st Al Gaffal Dhow Sailing Race to be held between the period of 3-5 of June, 2022.

The event was scheduled to take place this weekend from Friday until Saturday but the Higher Organizing Committee decided to postpone the race due to bad weather forecasts and fluctuation in sea conditions. Finally, the new date has been set for next week after reviewing the meteorological reports and forecast.

The Higher Organizing Committee is headed by H.E Ahmad Saeed bin Meshar, Chairman of Dubai International Marine Club (DIMC) & Vice President of UAE Marine Sports Federation (UAEMSF) with Saif Juma Al Suwaidi as the Vice President of the Committee & the Vice Chairman of the Club, with the membership of Rashid Thani Al Aail and Jamal Zaal bin Kreshan both DIMC Board Member,  in addition to them is Mohammed Hareb, CEO of DIMC.

The Committee of the event notified all the partners, including various government departments and national institutions, of the race's new date. The owners and sailors registered are advised not to move towards Sir Bu Na’air Island without the committee’s notification /signal as stated in the race instruction.

Mohammed Hareb, CEO of DIMC and member of the Higher Organizing Committee said that the club continuously works for the technical requirement of the race in coordination with the club's success partner.

He said that the club accelerated the pace to complete all the arrangements, including the registration process to provide an entry list and the logistic preparations for the convoy boat that will move before the race.

The CEO added that the Club convoy consists of various boats with the control and technical inspection committee that will assist the arrival of the participants in addition to that is one boat allocated as a hospital.

Mohammed Hareb stressed that all boat owners and sailors must abide by all the directives issued by the organizing committee, especially regarding moving towards Sir Bu Na'air Island wherein the movement will depend on the sea condition and weather forecast before the set date of the race.

The Al Gaffal Race which is organized under the patronage and support of His Highness Sheikh Hamdan bin Mohammed bin Rashid Al Maktoum, Crown Prince of Dubai and Chairman of the Executive Council of Dubai on its 31st edition, is the oldest traditional race in the Gulf & Arab Region since its inception in 1991 that has passed through generations.

Al Gaffal was founded by the late Sheikh Hamdan bin Rashid Al Maktoum, which became an annual tradition that brings together more than 3000 people in Sir Bu Na’air Island sailing towards Dubai Coast for 50 nautical miles in commemorating the UAE’s culture in fishing and pearl diving.