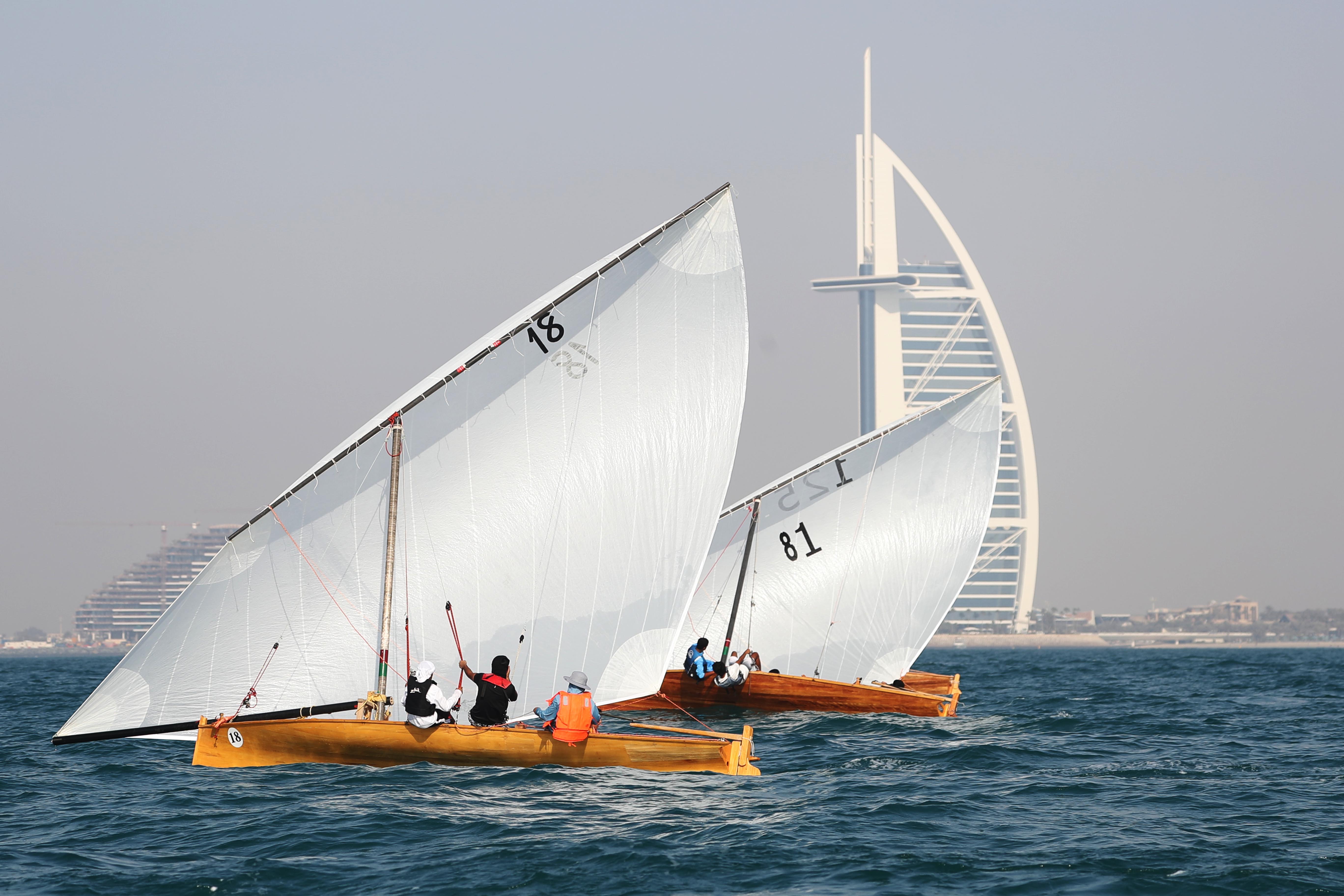 Today, we will witness the opening race for the watersports season 2022-2023 with the first round of the 22ft Dubai Traditional Dhow Sailing Race.

DIMC organize this race as a continuation of the efforts in support of the young generation to develop their skills in sailing. In this regard, the club allocates three rounds for this category wherein the first round will be held today followed by the second round on the 5th of November and the third round on the 17th of December.

The club has completed all the necessary preparation for today's race in coordination with the government and national institutions wherein 40 will gather to compete for the first place.

The young sailors are ready to take the challenge today and to showcase their skills in sailing that they have acquired from their forefathers.

Mohammed Al Marri , the Director of Sports Affair at DIMC said that the preparations for today's race have been completed accordingly to welcome the start of the new season. He wishes everyone the best of luck and success in all the races this season.

He revealed that today's race will be dedicated to the youth and junior categories, in which this race have been known since its establishment in 1999. Hoping that today, one of this young sailors will be the future of sailing by gaining from experience.

The Dubai International Marine Club (DIMC) organized the 22ft Dubai Traditional Dhow Sailing Race since 1999 as a translation of the vision of the late Sheikh Hamdan bin Rashid Al Maktoum who establish this race as an academy to train the young and junior sailors that will qualify them in the bigger race.

The Dubai International Marine Club organized the first race of the 22ft Dubai Traditional Dhow Sailing Race on the first of October 1999, with the participation of 16 boats.