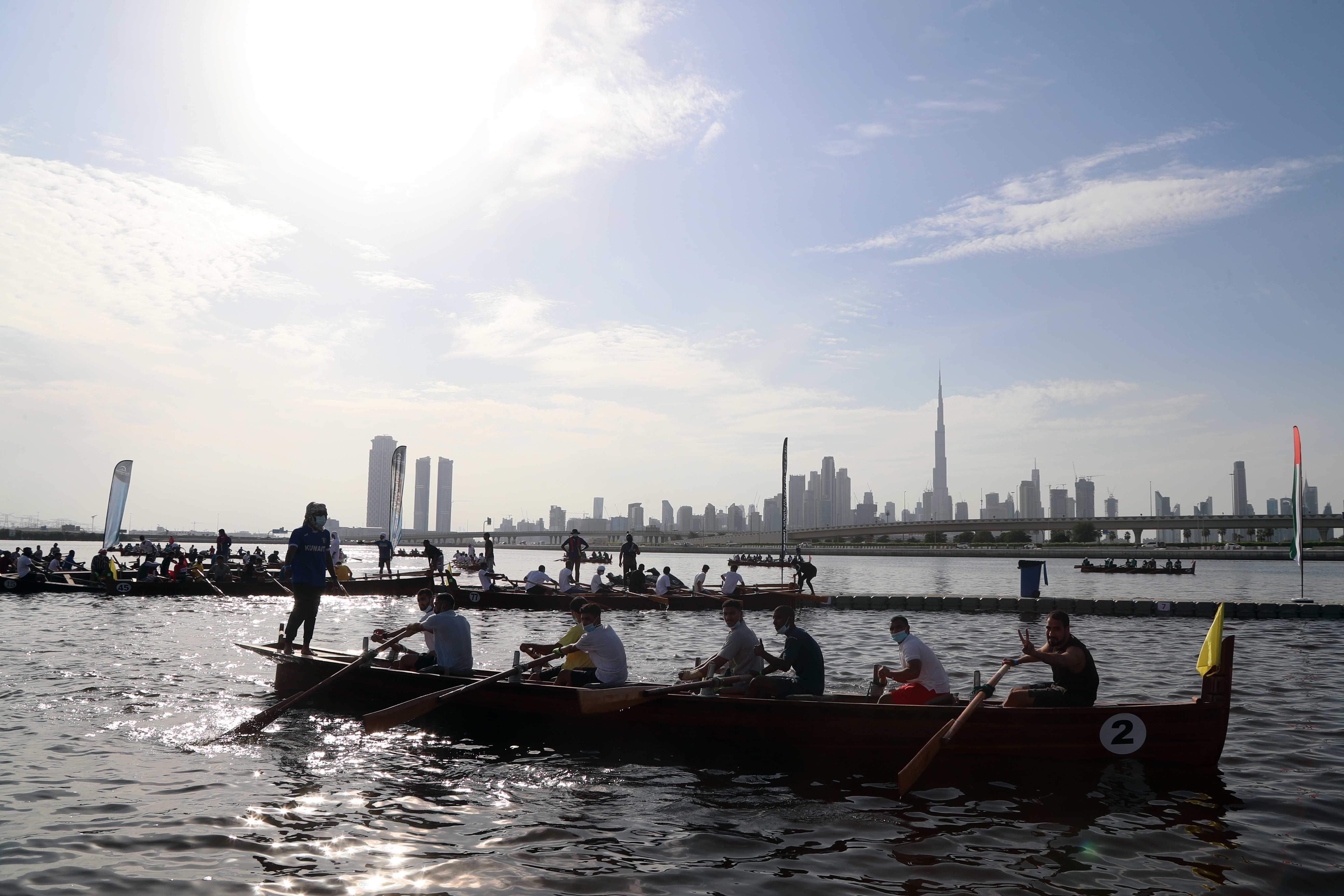 The Dubai Water Canal will host the second round competitions of the Dubai Traditional Rowing Race - 30ft Championship, which is organized by the Dubai International Marine Club, as part of the activities for the marine sports season 2020-2021.

The said event will be held in Al Jaddaf in Dubai Water Canal next to Ras Al Khor Wildlife Sanctuary with a bustling activity from morning at nine o'clock with the team of the participating boats.

The organizing committee will conduct a Technical Scrutineering for the boats and will distribute wrist band to the participants followed by the race briefing by the Race Director , Hazeem Al Gemzi that will supervise the race and will answer the queries of the skippers and owners. Furthermore the draw also will be held to determine who would be in the first and second group of the race.

The importance of today's competition will determine who will compete for the 24th edition of the Al Maktoum Cup Traditional Rowing Race , which is the most expensive race in this category. Recently the club organize the first round of the race in conjunction with the Dubai Fitness Challenge 2020 with the participation among the UAE and GCC country such as the Kingdom of Bahrain represented by Victorious 53 , KHK 54  and the Sultanate of Oman represented by boat no. 44.

The result of the first round won by the Oman 44 in the first half and the Bahraini team Victorious 53 which leads the general standing and will find out today who among them will lead the way to the final round that will happen on the 25th of this month.

Mohammed Hareb , the CEO of the DIMC said that the Dubai Traditional Rowing Race is one of the oldest heritage racing organized by the club and popularized in 1997 with the blessing and support of His Highness Sheikh Hamdan bin Rashid Al Maktoum, Deputy Ruler of Dubai and Minister of Finance and continued it strongly after the launch of the most expensive race in this category, the Al Maktoum Cup in 1998, which represents as the most important challenge for the participants in the Dubai Traditional Rowing Championship which serve as the qualifying round for the top elite to take on this challenge.

He added that in the current season (2020-2021) we celebrate the 24th edition of the race that embodies the heritage of the country and people of each region wherein he said that we are overwhelmed with happiness with the participation of the GCC countries that makes the difference in the event. Also the new regulations approved by the club with regards to the boat changes in order to achieve physical distance between the participants and it provided an opportunity for fans of this sport from the resident communities in the country to experience a new experience and participate in the championship.

9
The organizing committee of the Dubai International Marine Club, according to the new amendments, determined the number of persons in each boat with a total of 9 individuals instead of 11 previously, including one leader and 8 skipper and each boat has the right to include two people who hold the Emirate ID regardless of nationality for a chance to participate in the race.