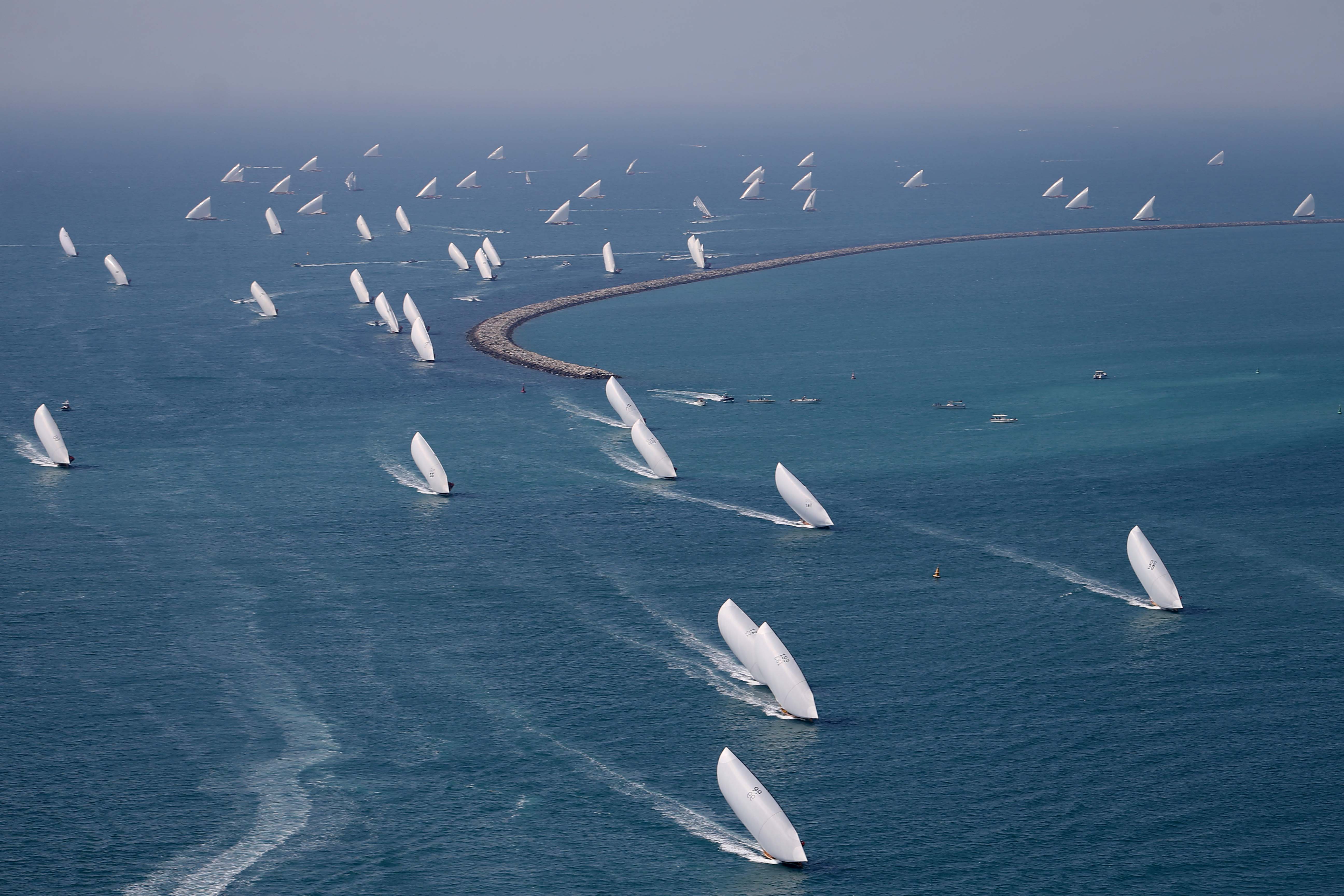 80 boats for the first round of 60ft Dhow Race today

Dubai will witness today the first round of the 60ft Dubai Traditional Dhow Sailing Race at 13:00 HRS organized by Dubai International Marine Club under the ,arine sports season 2019-2020 with a participation of 80 boats that will sail today in a race distance of more than 20 nautical miles from the Arabian Gulf toward the finish line at Jumeirah Shores near the iconic Burj Al Arab and Palm Jumeirah.

Today's race was supposed to be scheduled in the marine sports season 2018-2019 but due to calendar congestion and weather forecast the committee has decided to postpone and schedule it today in the current season.

The upcoming race brings together the elite boats of the 60ft Dhow Race whose name has emerged in the previous season for the competition in the final round.

In today's race, we will witness also the boat no. 96 the winner of the last 29th Al Gaffal Long Distance Race along with the leading boats no. in the said competition.

Hezaim Al Gemzi the Director of Racing at DIMC was keen to welcome all the all participants in the race today with the launching of the 60ft Dubai Traditional Dhow Sailing Race in the calendar which includes four rounds this season, the first one happening  today, the second on mid-November and the third in December before the end of 2019. And the fourth one will be the most awaited closing race of the season the 30th Al Gaffal Long Distance Race.

He confirmed that the race today will exceed 20 nautical miles from the starting point within the depth of the Arabian Gulf waters to the finish line in the shore of Jumeirah. Everyone is expected to be in the starting line prior to the race at 1:00 PM