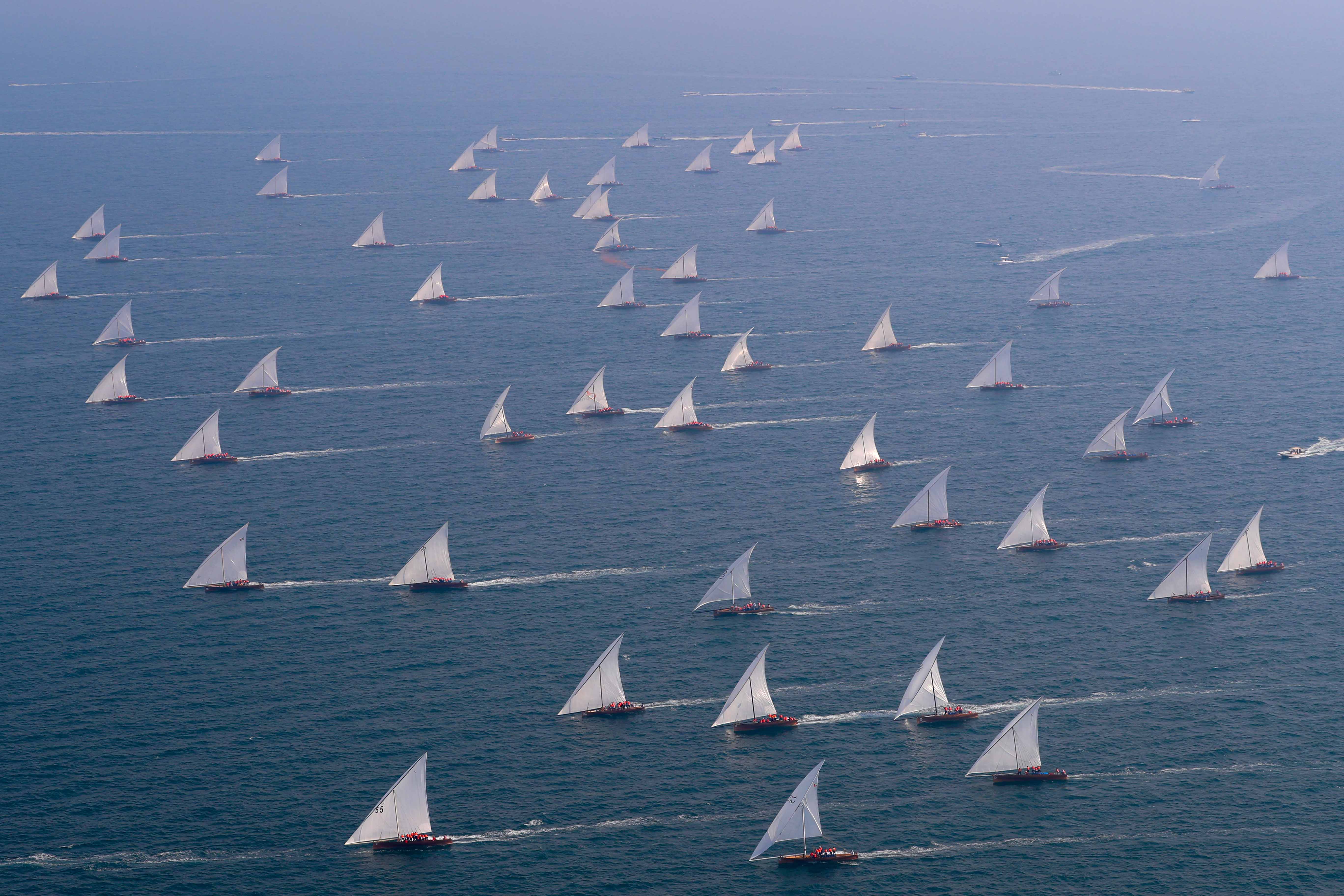 Dubai beaches will witness today the second round of the 43ft Dubai Traditional Dhow Sailing Race which is organized by Dubai International Marine Club (DIMC) under the marine sports season 2019-2020.

84 boats will sail from the Arabian Gulf Water towards the finish line in the shore of Jumeirah near the iconic Palm Jumeirah and Burj Al Arab with a race distance of 10 nautical miles  wherein the boats will line up first in the starting line waiting for the green flag to set off.

Hezaim Al Gemzi, the  Director of Racing Department at Dubai International Marine Club, said that the organizing committee has completed all the equipment and procedures in coordination with the various government department and national institution to assure the success of the events which include the Dubai Police, Coast Guard, Civil Defense, Dubai Media Incorporated via Dubai Sports TV Channel, Abu Dhabi Media thru YAS TV Channel, Dubai Maritime City Authority and Nakheel.

He said that as per the race time table the race will set off today ,  where in the participants is expected to be there before 12:30 HRS in the milling area before the race starts at 13:30 HRS.

He reminded all the owners and sailors to abide the race instruction and the directives issued by the club which include procedures before and after the race including the proper line up to the starting line and adhering to the technical examination procedures for the first winner immediately after the end of the race.

Hezaim said that the organizing committee has been monitoring all the reports on the state of the sea through the reports of the National Meteorological Center (NCM), making sure that the weather is suitble and will bring partcipant a success. He also noted that this round exceed the number of participants to 80 boats.

Dubai Sports Channel will broadcast live the race at 1:30 pm on Saturday, in line with the Dubai Media Establishment's interest in all activities and events organized by the Dubai International Marine Club.