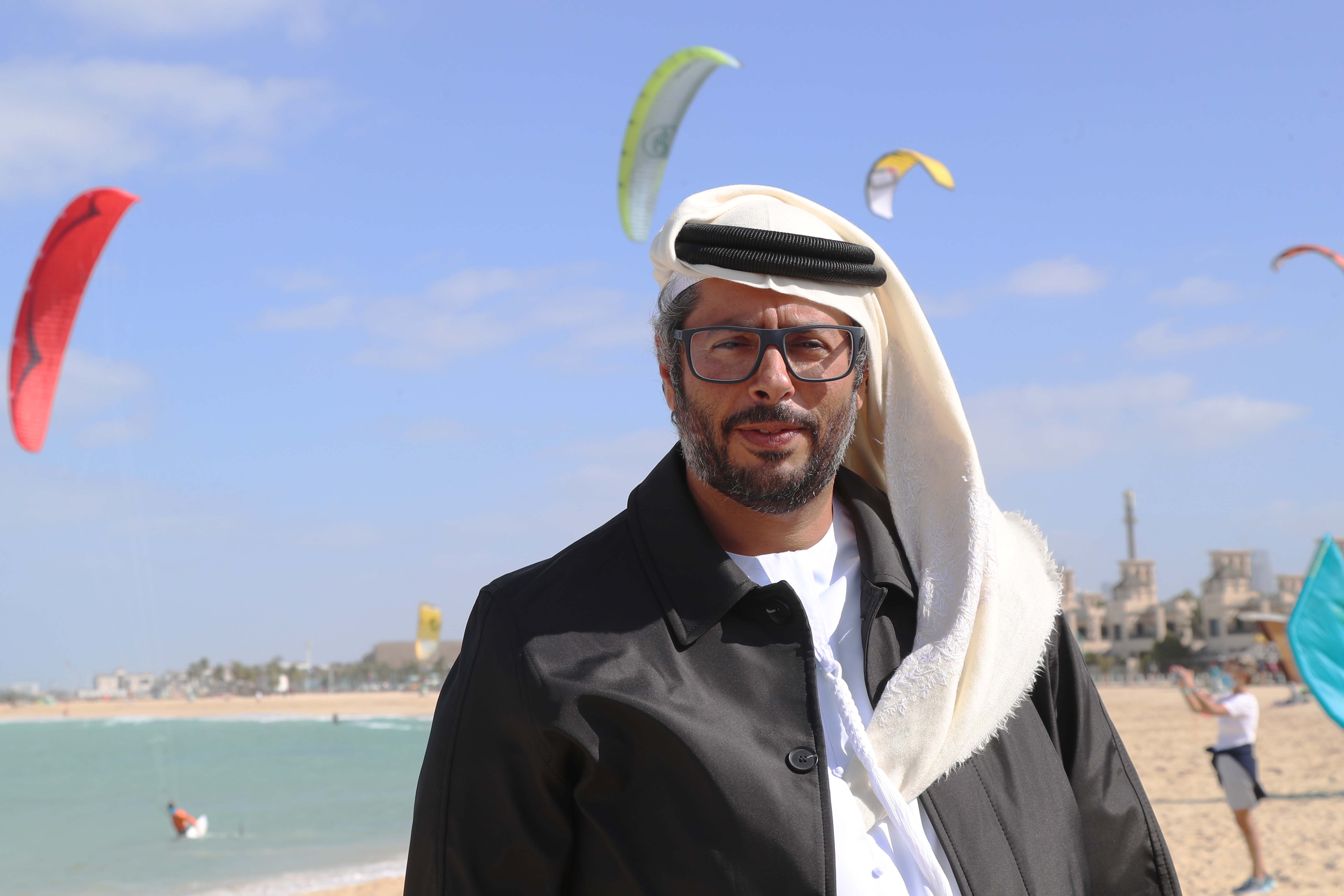 Sheikh Ahmed bin Hamdan Al Nahyan, Chairman of the Emirates Kiteboarding Association praised the efforts made by the club Board of Director and their luminous imprints that draws history in the watersports through its various support in sports including the Kitesurfing.

Sheikh Ahmed bin Hamdan Al Nahyan praised the technical and organizational success achieved by the Dubai Kitesurf Open in its fourth edition through the clubs professional work and effort in organizing such event and the budget allocated for the sport.

The Chairman of the Emirates Kiteboarding Association indicated that the Dubai Kitesurf Championship, in its fourth edition, attracted great interest from fans of this sport, especially after the increase in rounds and the approval of general ranking points, which raises the excitement to all the participants.

He said that the EKA through its continuous cooperation with the DIMC is looking forward to develop various watersports event and race supervised by the committee including the Kitesurfing sports.

In the first day we witnessed the multiple race of Hydrofoil competition for the Local, Men , Women and Junior category in which the wind speed is suitable to establish and conduct the race in the morning and afternoon.

Today in the Dubai Kitesurf Open we will witness the competition for Twin Tip and Freestyle with the participation of the national stars and elite professional and amateurs in the Emirates.