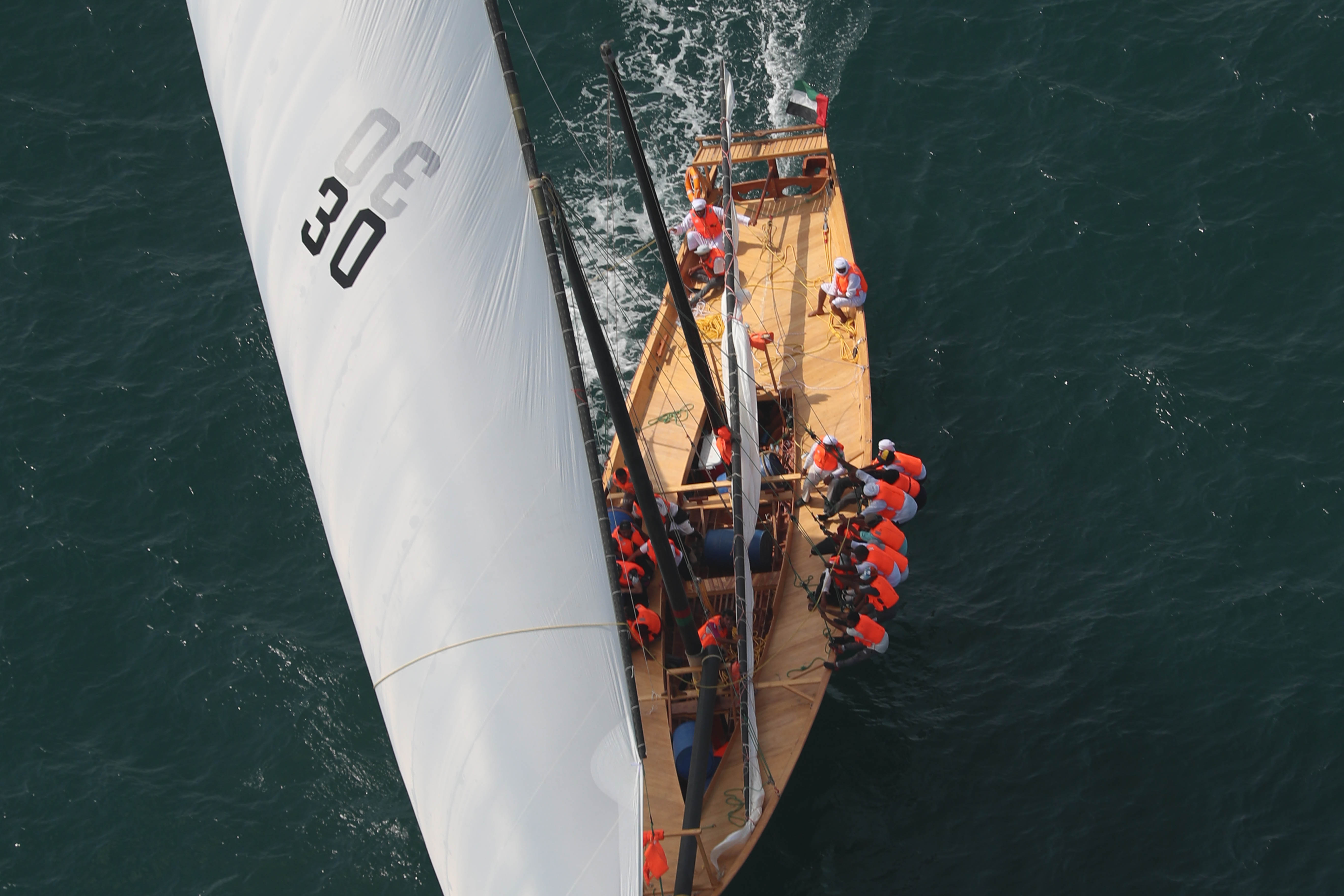 The organizing committee of the 60ft Dubai Traditional Dhow Sailing Race organized by Dubai International Marine Club on Saturday had released the provisional result after thoroughly reviewing all the reports and video pertaining to the start line .

They decided to revised the result and cancellation of some boats that didn't follow the rules and regulations of the 60ft Dhow Sailing Race which is all related to their bearings in the start line these comes after the reviewed material shown which affects the decision of the committee.

After releasing the provisional result , the victory goes to boat no. 30 "Al Adeed" which is owned and skippered by Mohammed Rashid Al Rumaithi followed by the boat no. 59 "Zef Zaf" owned by Sheikh Zayed bin Hamdan bin Zayed Al Nahyan and led by Abdulla Ahmed Khadem R. Al Muhairi.

Taking the ninth place is boat no. 19 "Dahees" owned and skippered by Khaedm Rashid Khadem Al Muhairi. And last but not the least for the tenth spot is boat no. 12 "Atlas" owned and led by Ahmed Rashid Juma Al Suwaidi.

Mohamed Hareb , the DIMC Board Member and CEO  said that the organizing committee of Dubai International Marine Club seeks to ensure the success of all activities and events through its commitment with the contestants in the implementation of the rules and regulations governing the events and races, which was applied in the race yesterday, where it show some of the boats was not following the procedures in the starting line which is shows clearly in the starting buoy.


He pointed out that the organizing committee at the Dubai International Marine Sports Club has always asked all the owners and sailors to abide fully during the race and to see the regulations, which are sent to them through the link in each race, but seeing what happened the last race was  severe that forces the organizing committee to take these decisions. He is wishing everyone for a full commitment in the upcoming races to turnout fine after what happened which reflect the committee's extent of preserving the heritage culture and highlight the organizational process of the race.


He revealed that the organizing committee at the Dubai International Marine Club is setting up a high resolution cameras at the starting line that will show all the excesses of the queuing method, which helps to ensure fairness for all participating boats in application of all the rules and regulations to all.