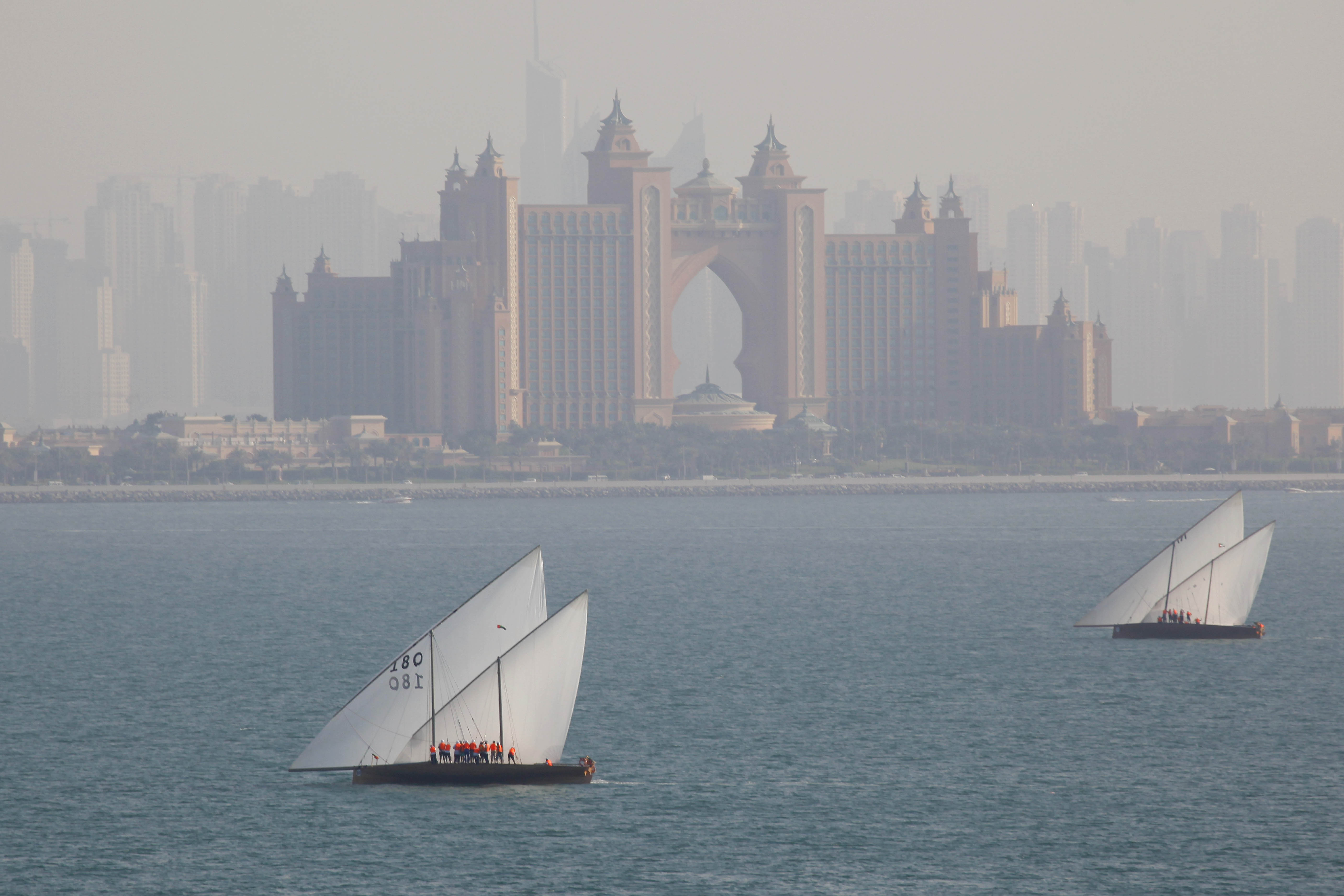 The Organizing Committee of of 29th Al Gaffal Long Distance Race , which is organized by Dubai International Marine Club Dubai International Marine Club in Mina Seyahi annually with the support and patronage of His Highnes Sheikh Hamdan bin Rashid Al Maktoum, Deputy Ruler of Dubai and Minister of Finance , has decided to wait to determine the date for the big race , due to difficult weather conditions .

His Highness Sheikh Hamdan bin Rashid Al Maktoum , patron of the event has increase the prize award up to 12 million dirhams in order to encourage the owners and sailors involved in the 29th Al Gaffal which reach a new record of participation up to 130 boats which confirms an interest segments of society to participate in the traditional marine sports and the revival of the past from their parents and grandparents.

The patron of the race, His Highness has decided to increase the value of the awards for the upcoming 29th Al Gaffal to encourage the people and the marine sports enthusiast to continues its support for the development of the marine sports in general and in the heritage of racing.  Stressing  out His commitment of preserving the cultural heritage of the country in participating in all forums and events.

Ali Nasser Belhabala, the  Vice Chairman of the Dubai International Marine Club Vice - President of the Organizing Committee for the race to extend his thanks and appreciation to HH Sheikh Hamdan bin Rashid Al Maktoum , Deputy Ruler of Dubai and UAE Minister of Finance for continuous support in the interest of marine sports and his contribution to his ideas in various development in the closing race , which was launched since 1991.

He added that the generosity of  His Highness the patron of the event was behind the continuity of the race , and reaching this great success in the increasing the number of participation , pointing out that the first edition in 1991 saw the participation of 53 boats and today the number up with the 29th edition - 2019 to 130 boat participants, which confirms that the great message was pass on to the generations.

The Organizing Committee decided to postpone the date due to the difficult weather and sea state condition in anticipation of all the reports received from the National Center for Meteorology (NCM) in order to determine the new date this week and announce the schedule and allow the participants Committees Assistance to move to Sir Bongar Island in preparation for the upcoming start of the race.

Belhabala said that the organizing committee is always working under the guidance of HH Sheikh Hamdan bin Rashid Al Maktoum , Deputy Ruler of Dubai and UAE Minister of Finance to exercise caution and provide the highest standards of security and safety in the movement of participants from the coast to Sir Bu Na'air  Island, the place the where the start is held every year.

He also thanked all the owners and sailors on a deep understanding of the reasons in the recent decisions to postpone the deadline and wait and see until the improvement of the weather and the stability of the sea state in order to achieve the success of great race and to announce the date during the start of the week.

Belhabala also express his appreciation and gratitude of the Higher Organizing Committee of the race , for the participation of the Government departments and national institutions, particularly the General Command of Dubai Police, the General Headquarters of Sharjah Police and Dubai Coast Guard , Civil Defense in Dubai and Dubai Maritime City Authority (DMCA), Dubai Municipality and Dubai Media Incorporated and Abu Dhabi Media Foundation which cooperates with the Organizing Committee directly for the success of the event.