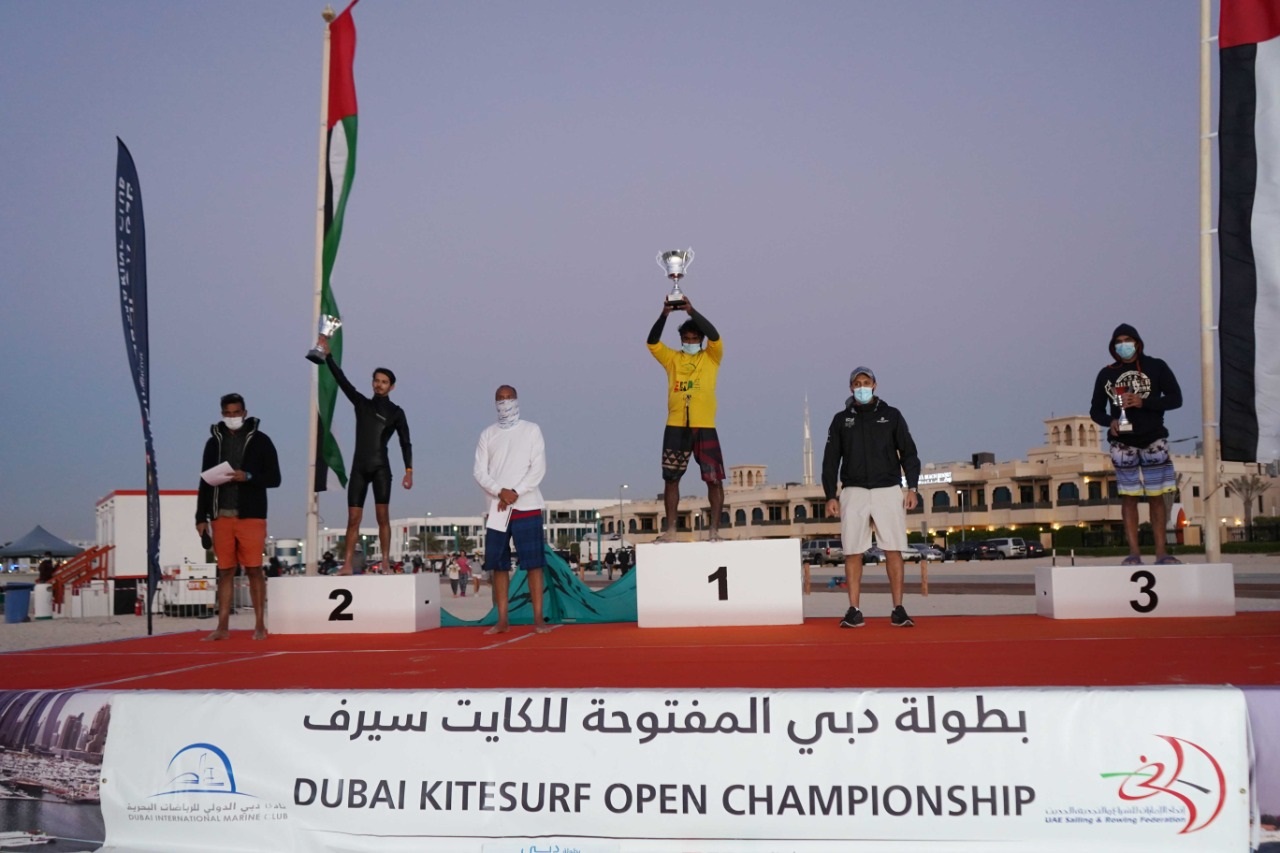 09 January 2020:  Mohammed Obaid Al Mansoori , the captain of the national team for kite surfing wherein he won the first place in Freestyle category in the first round of the competitions of the Dubai Kitesurf Open 2021 which took place in Nessnass Beach in Jumeirah last Friday. He surpassed Salem bin Jarsh Al Suwaidi who took the second place and Rashed Al Falasi on the third place.

Ahmed Dhahi Al Mehairbi excelled in the first day of the competition for the Twin Tip categories taking up the first place against Suhail Al Marri who took the second spot and Khaled Beljaflah took the third spot. 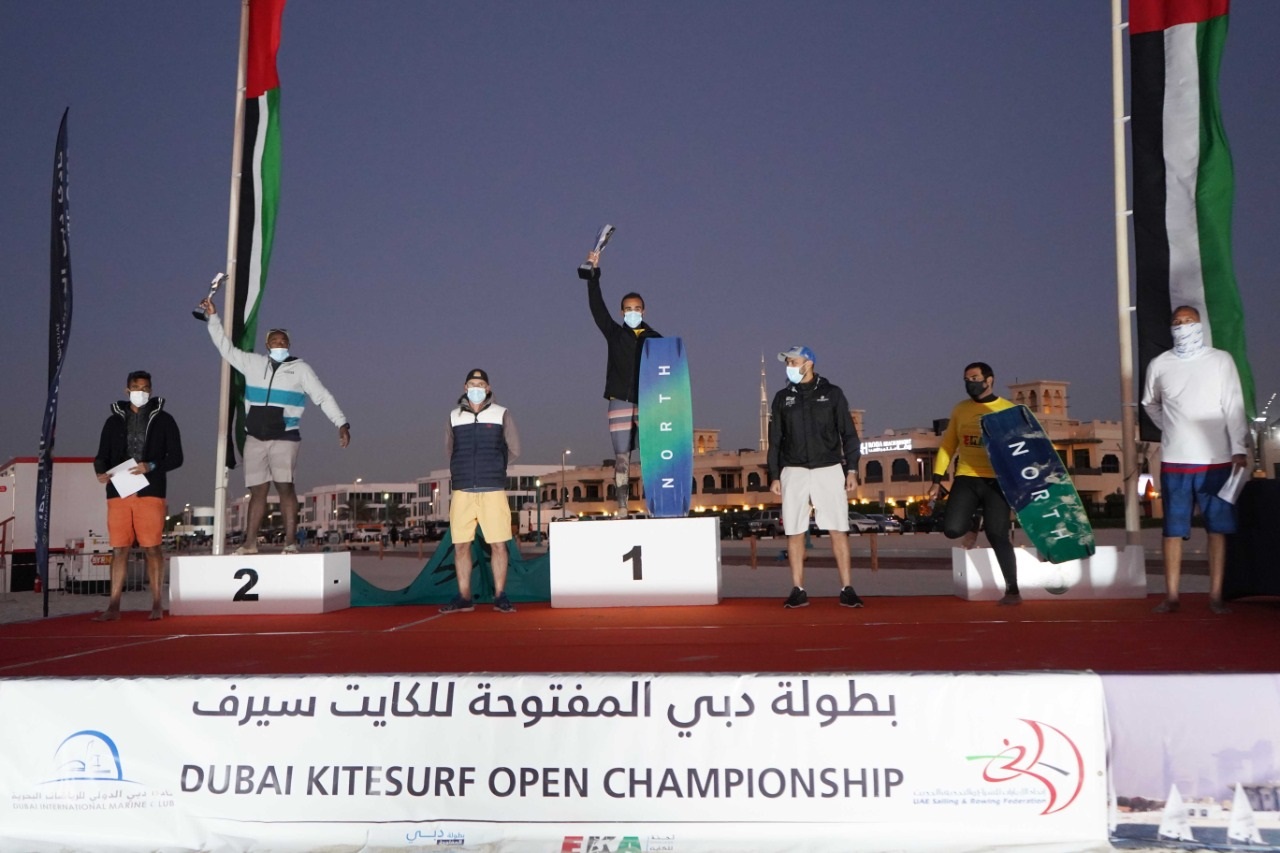 The competition witnessed participation of the 83 males and females competitors competing for the following categories : Twin Tip, Freestyle and Hydrofoil over the two days which is organized and supervised by Dubai International Marine Club in cooperation with Emirates Kiteboarding Association.

Our rising champion Abdulla Al Muhairbi continues being second in Freestyle and third place in Twin Tip against the Lebanese Gabriel Kasas  who took first place in the both categories. In the Twin Tip behind him was Alex Ansedei.

In the rest of the results are the Sri Lankan Anishkha Dinel won the first place for Freestyle while in the women category Sarah Douglas. For the Twin Tip the first place in mens catgegory is Nour El Dandanchli , in the women's is Charlene Michel from Mauritius.

At the end of the race is the awarding ceremony led by the Director of Sports at DIMC , Hazeem Al Gemxi accompanied by the members of the Technical Committee for the Dubai Kitesurf Open wherein in they honor the winners in both categories of Twin Tip and Freestyle.

The committee of the Dubai Kitesurf Open was able to gather 83 participants for its first round wherein 60 of them are men, 19 women and 4 junior who competed for the titles in Twin Tip, Freestyle, and Hydrofoil categories.