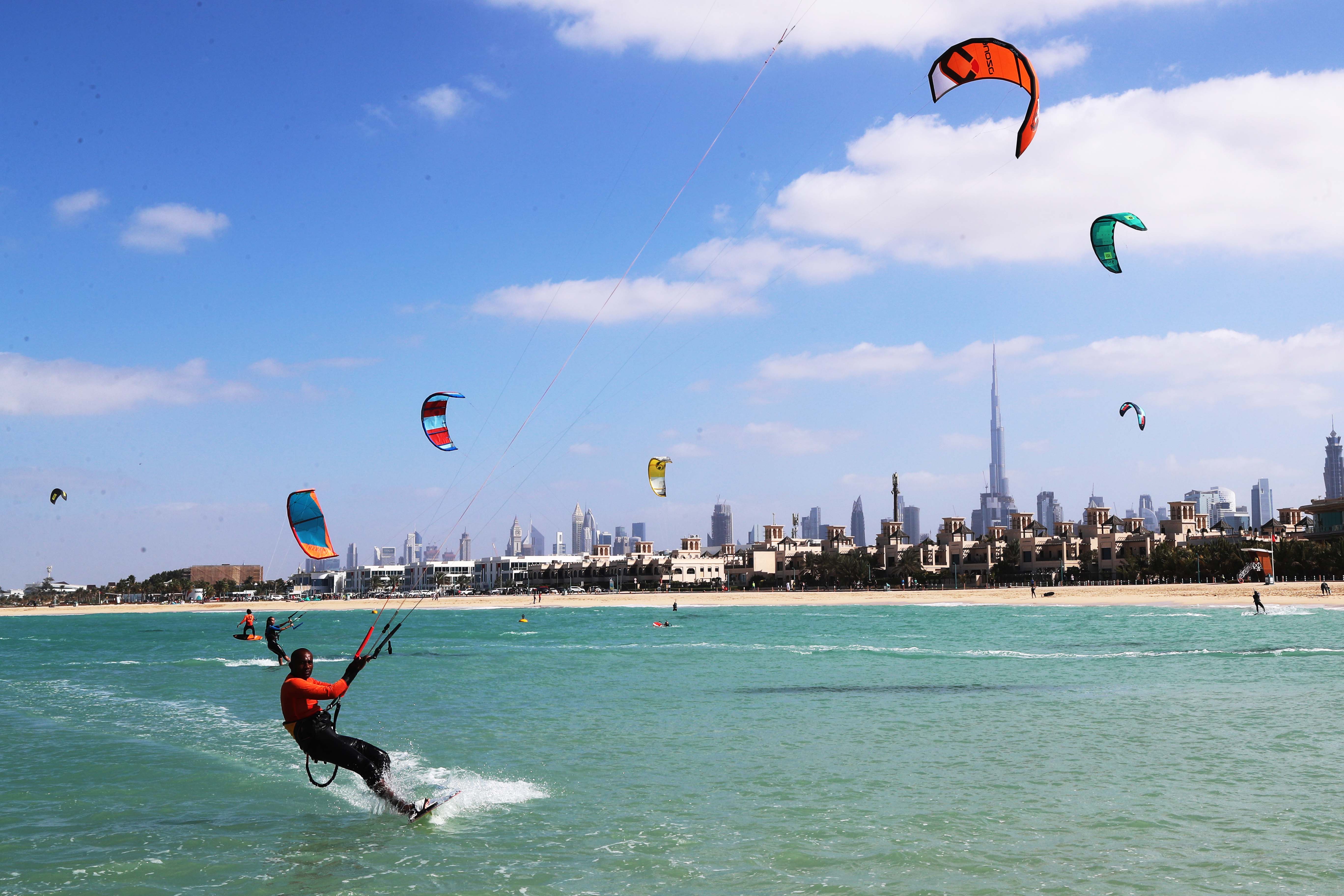 Last Friday in Nessnass Beach in Jumeirah we witnessed the first day of the competition for the second round of the Dubai Kitesurf Open organized by Dubai International Marine Club for two days as part of the marine sports season 2020-201.

The event is organized by the club for the fourth consecutive season in cooperation with Emirates Kiteboarding Association (EKA) with a participation of more than 60 racers representing more than 20 countries all over the world who competed for the title in Hydrofoil , TwinTip and Freestyle category.

The event was held in accordance with the sports protocol issued by Dubai Sports Council wherein the organizing committee was keen to raise awareness among the participants and emphasize the importance of social distancing and as a precautionary measure the self-crowning ceremony have been applied for the first time.

The first day was dedicated for the Hydrofoil category wherein the racers (men, women, local and junior) competed for 7 rounds held in the morning and afternoon with the wind speed of 18 knots that helped the racers in achieving a tough and strong competition.

Ahmed Al Mehairbi snatched the spotlight in taking the leads in the Local Category ahead of Khaled Bel Jaflah who came second and on the third spot is Mohammed Obaid Al Mansoori.

Our rising star Abdulla Mohammed Harib Al Falahi shine in the Junior category of the Hydrofoil competition wherein he managed to get the second place after the the Labanese Gabriel Kassas who took the first spot while Frederick Szczisny on the third place.