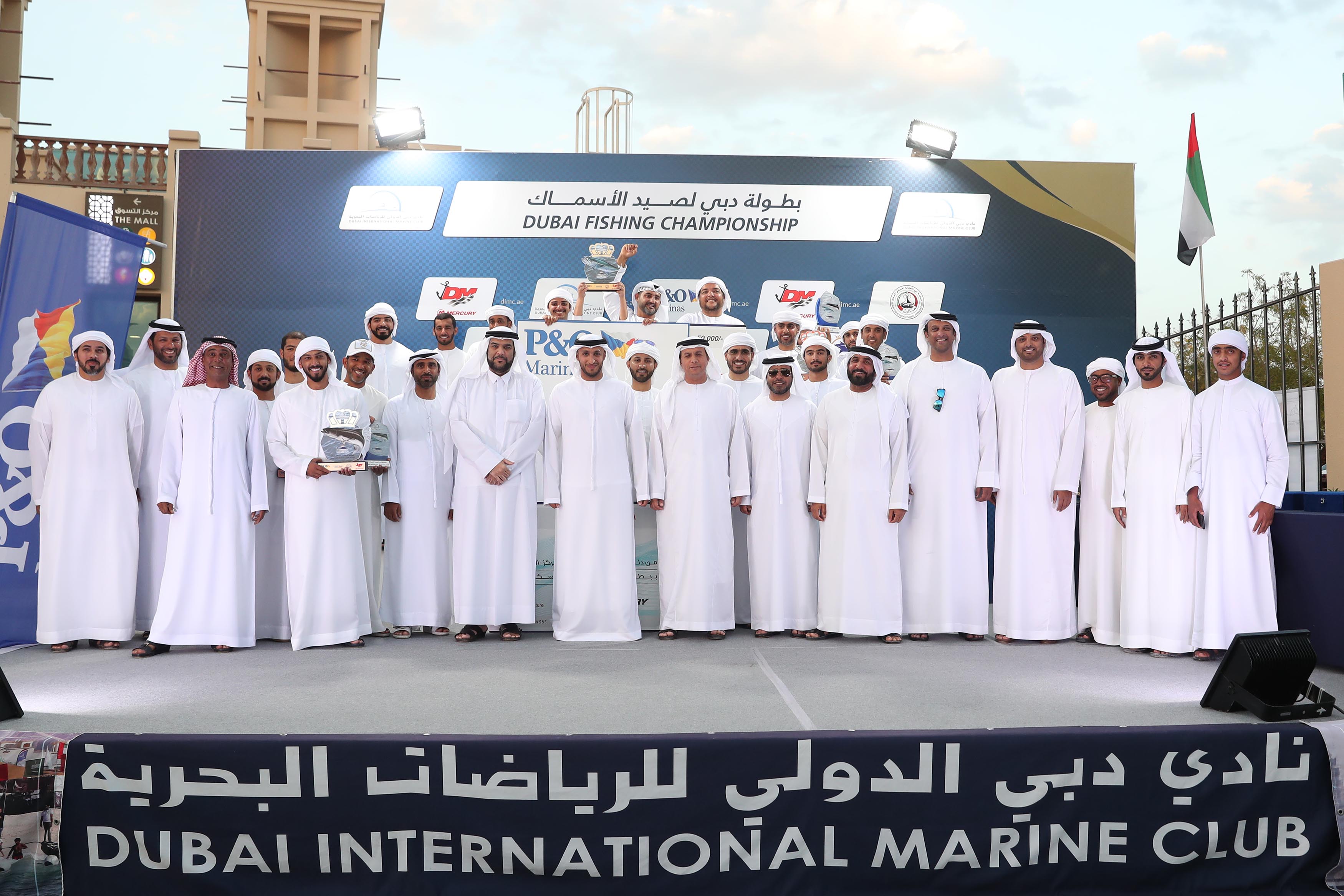 Yesterday (Sunday),  held the Awarding Ceremony for the second round of the Dubai Fishing Competition organized by Dubai International Marine Club from 10-14 March 2020 under the marine sports season 2019-2020.

The competition achieved a huge number of the participation that reach up to 112 contestants that competed over the past days for the two category of Fishing : the Kingfish and Cobia abiding the rules and regulation implemented by the organizing committee. With a total prize of 280 Thousand Dirhams (cash and in-kinds prizes)

The competition was sponsored and supported by Delma Marine, P&O Marina, Dubai Cooperative Society for Fishermen, Sea and Sands Fishing and Motorcycle Trading that contributed in raising the competitors enthusiasm by providing financial and in-kind prizes.

The organizing committee collected a 736 KG of Fish (597.30 KG Kingfish and 138.7 KG Cobia) in which the profits will proceed to the charitable society in cooperation with the Dubai Cooperative Society for Fishermen who will take over the marketing (selling) of the fish and provide the club in return the area where it will be directed.

Salem Ahmed Salem Almuahirbi , participant no. 70 who catches the 43.85 KG and 165 cm Kingfish who topped the overall place for the Kingfish category. He took home a 25 Thousand Dirhams provided by the club in addition to that he received  50 thousand dirhams from Delma Marine, a one year free of charge wet-berth for a maximum 15m boat worth 45,000 AED and an electronic fishing rod by Sea and Sands worth 5,000 AED.

In addition to that the club provided a trophy for the following:

The awarding ceremony for the second round of Dubai Fishing Competition took place at the headquarter of P&O Marina in Jumeirah 5 attended by Hezaim Al Gemzi , the Director of Sports Department at DIMC , Khalifa Rashid Al Falasi the Director of Operations at P&O Marina, Ayoub Al Khaja, the President of Delma Marine  and Omair Bin Omair Al-Rumaithi , the Executive Director of Dubai Fisherman Cooperative Society and Ahmed Al Suwaidi the OOD.