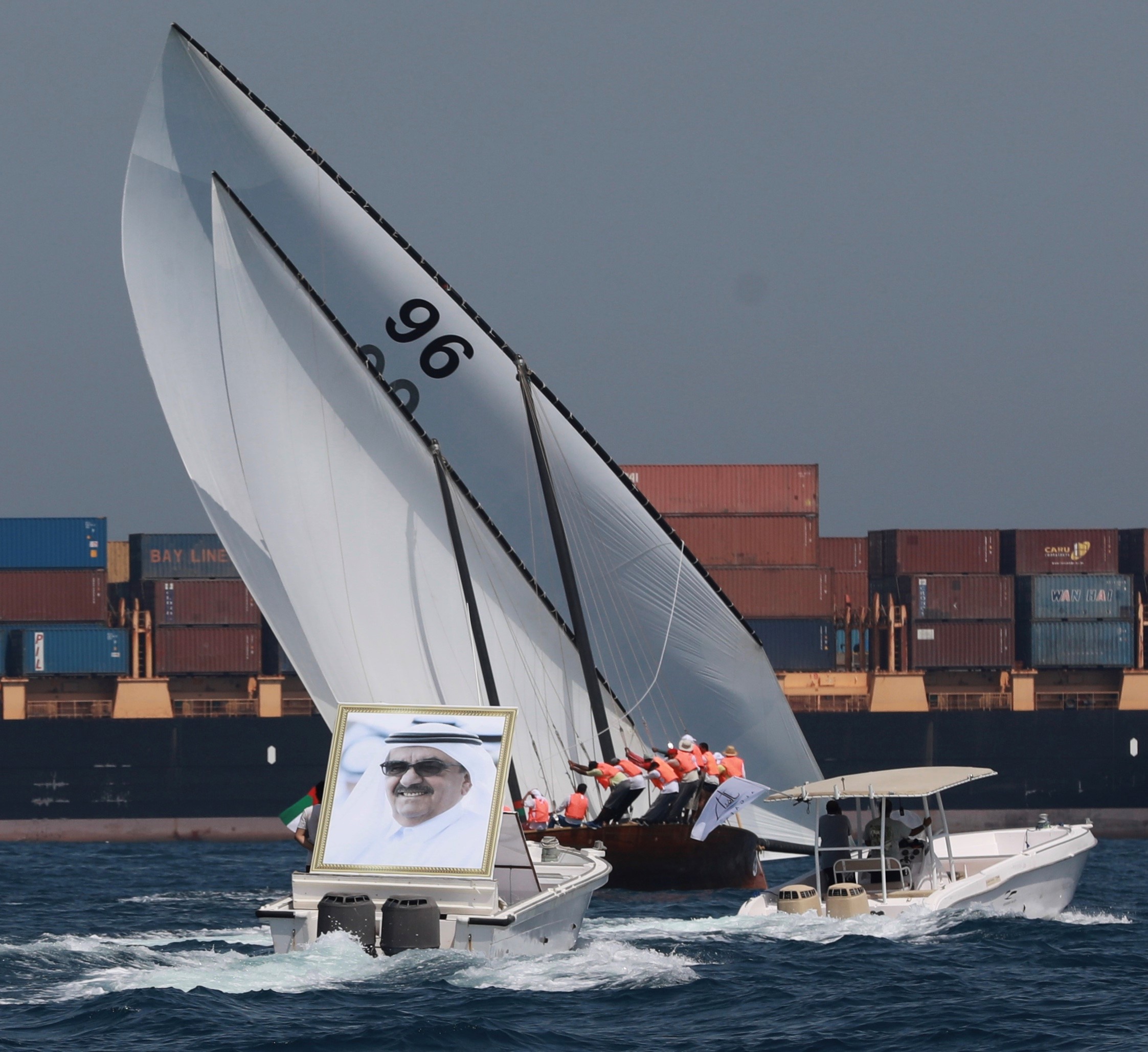 Al Muhairi : Congratulates everyone for the success of the 29th Al

The Chairman also send his deepest thanks and appreciation to  HH Sheikh Hamdan bin Rashid Al Maktoum , Deputy Ruler of Dubai and Minister of Finance and patron of the event for the great support and  constant attention to the race, which was founded in 1991 , under the  idea of His Highness which aim to revive the parents and grandparents livelihood in the sea.

The Chairman of the the Board of Directors of DIMC on behalf of His Highness Sheikh Mansour bin Mohammed bin Rashid Al Maktoum , congratulated all the winners in the great race as well as who arrived well and participate in the race aside from the top 5 winners he said that at the end everyone are consider to be winner in participating in the largest traditional watersports

He also said that the joy and excitement of the sailors increased with the presence of  His Highness Sheikh Saeed Bin Hamdan Bin Rashid Al Maktoum , Chairman of Hatta Cultural and Sports Club  to honor  and  medals for all the winner that draw a lot of attention in the festive celebration at the beach.

He also extend his appreciation and thanks to all the people behind the success of the closing race, the 29th Al Gaffal long Distance Race which was supposed to be schedule at the later part of April however ,  the circumstances in the sea state which forced the organizing committee to choose this date and which help us a lot.

Al Muhairi, pays tribute to all the government departments and national institutions from the General Command of Dubai Police in various departments that have contributed to the efforts of the ability through the Directorate General of the Center for Seaport Police (Maritime Rescue and Maritime Security) and the air wing of the General Directorate of Transport and Rescue as well as the protection of vital installations from the Dubai Coast Guard, Civil Defense, Dubai Municipality ,RTA , Dubai Foundation for ambulance Services and operations management in Dubai Maritime City Authority and P&O Marina Mina Rashi.

The Chairman of DIMC also recognize the remarkable cooperation of the General Directorate of Sharjah Police (Sir Bongar police station) Air Wing and the Environment and Natural Reserves in Sharjah Emirates Marine Environment and Society, which made great efforts in order to receive the participants before the start of the competitions

He also keep a note for the excellent media coverage every year from the Dubai Media Incorporation thru Dubai Sports TV by sending their crew to accompany the race in the giant boat "Shindagha" , as well as aerial photography to show event images best of a photo of Dubai Sports Channel which provided excellent coverage before and after the event and also the Abu Dhabi Media Foundation, thru Yas Sports TV which accompanied the race through a distinct programmatic channel and the heritage of people in the sea.