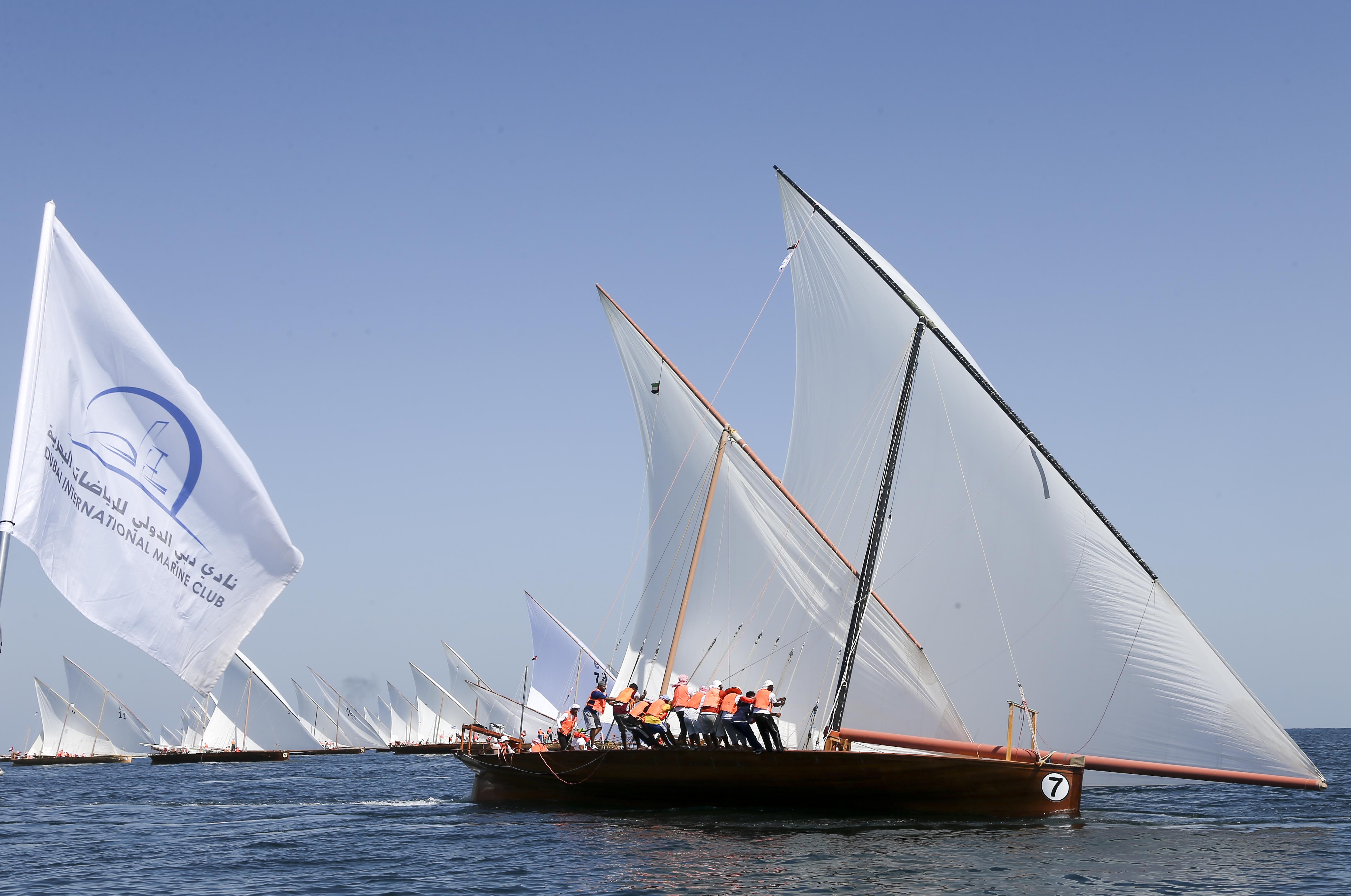 Dubai beaches are witnessing this afternoon a great heritage race with the launching of the 60ft Dhow Sailing Race -Heat 1 which is organized by the club as part of the marine sports season 2021-2022.

The 60ft Dhow Sailing Race celebrates its 30th year this 2022 in the history of racing in DIMC, wherein this category was established in 1993 as the implementation of the vision of the late Sheikh Hamdan bin Rashid Al Maktoum during the third race of the Al Gaffal Race.

The club completed all the necessary preparations for today's race which will start at 1:00 PM at the depth of the Arabian Gulf near the World Island sailing thru the finish line in Jumeirah beach.

Mohammed  Hareb, CEO of DIMC said that the club monitors all the latest updates pertaining to the weather forecast according to the National Center of Meteorology (NCM) report and considered that Sunday is the suitable day to make the race wherein the wind speed varies from 7-14 knots and the waves around 2-3ft.

He praises the coordination among the boat owners and sailors in the success of today's heritage race. He would also like to extend his appreciation towards the General Command of Dubai Police, Coast Guard, Civil Defense, P&O Marina, Dubai Harbour for their support in facilitating the task to their teams.