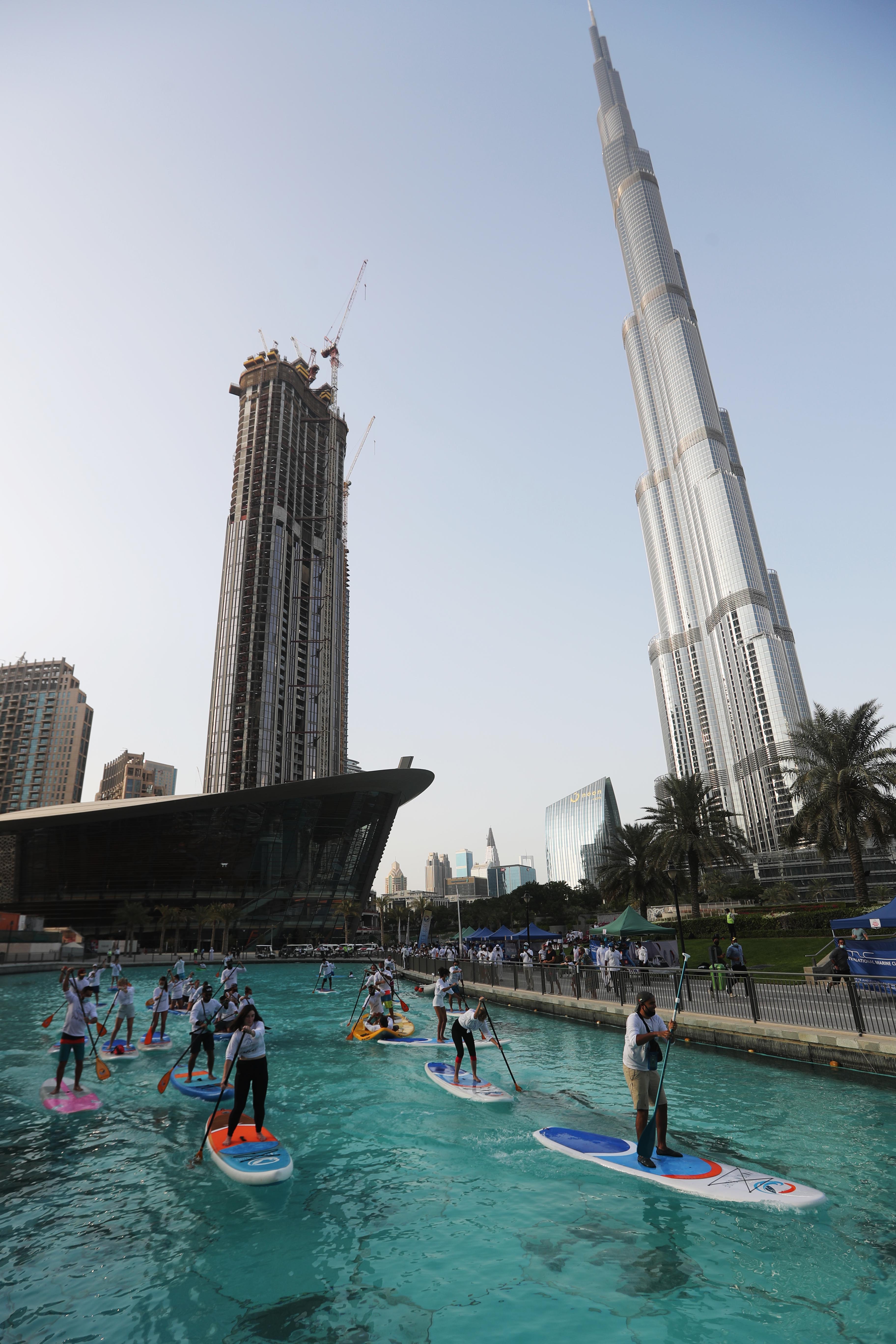 An amazing event : “We Paddle for Dubai”

Last Friday at the Burj Khalifa Water lake hosted an amazing watersports event the “We Paddle for Dubai” an initiative by Dubai International Marine Club held in one of the most prestigious place in the world.

The “We Paddle for Dubai” is organized by DIMC with the support of the Dubai Sports Council and in partnership with Emaar Properties, in cooperation with Kite N Surf which gained a huge success in the interest of the community in watersports event held in one of the well-known location in the middle of Burj Khalifa  near the Dancing Fountain and Dubai Opera. The event was attended by Saeed Hareb , the Secretary General of Dubai Sports Council (DSC) with Nasser Al Rahma the Assistant Secretary General of DSC along with Mohammed Hareb the CEO of DIMC and Hazeem Al Gemzi , the Director of Sports Department and some representative of the sponsors.

The event gathered a participation of more than 80 male and female paddlers from 30 countries around the world. The event achieves a new diversity as one of its kind that brings together various segment of the society in one of the wonderful place in Burj Khalifa Water Lake. The participants were divided into group wherein one group is led by Nasser Al Neyadi the president of the Emirates Aerosports Federation, and also some sports adventurer such as Manal Rustom a running ambassador and Soha Ismail, a kitesurfer.

The committee make sure that the community event follows all the precautionary measure in accordance with the National Emergency Crisis and Disaster Management by reminding everyone of the social distancing, wearing mask and temperature check. The committee also implements a sanitation of all the paddle boards before and after using it.

The event lasted for two hours that begins with participants briefing and forming of groups. The participants paddle around Burj Khalifa Water Lake and witnessed the Dancing Fountain show which is a very unique and remarkable experience in watersports times, for the first time in an amazing location.