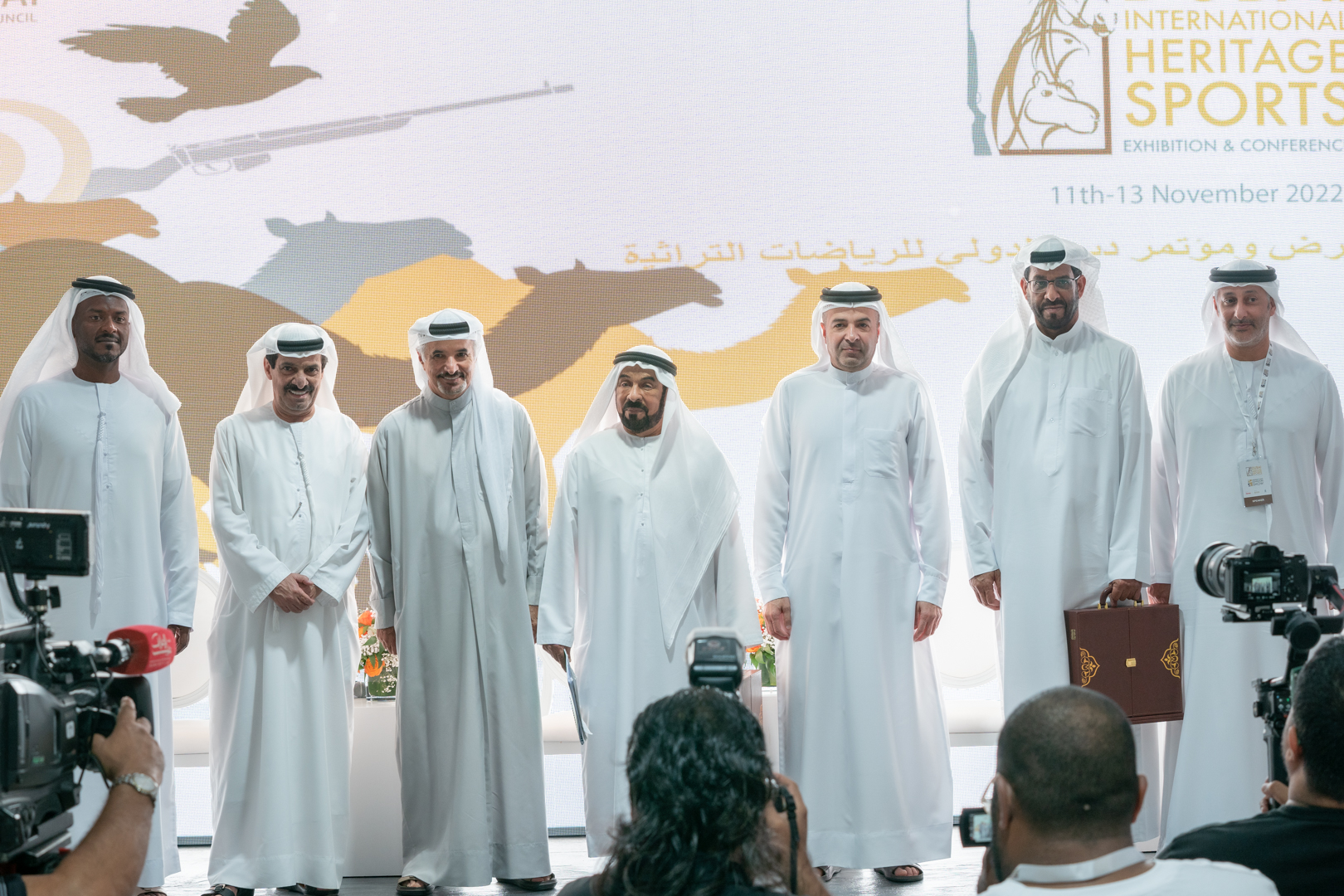 Dubai International Marine Club received appreciation for being one of the historical and influential roles in establishing & spreading marine sports thru nurturing talents by giving opportunities and creating competition that will preserve the country’s heritage with the aspiration of the UAE’s wise leadership.

During the heritage sports session held last Saturday as part of the activities of the Dubai International Conference and Exhibition for Heritage Sports organized by Domus Group in cooperation with Dubai Sports Council held at Dubai Harbour we witnessed a rich discussion about the heritage marine races and their role in reviving the past of their forefathers since the beginning of the era of the Union thru the encouragement of the late Sheikh Zayed bin Sultan Al Nahyan and the support from the nation’s leaders.

The talk and discussion feature researcher in the Emirati Heritage, Juma bin Thalith who is involved in the documentation, radio, and television program as well as writing books that talk about the life of pearl diving in the past with him are the DIMC CEO, Mohammed Harib who focused on the club’s important role in supporting the heritage races and with them is the veteran caption Badr Abdul Hakim Mohammed Thani , who shares his experience in the shipping industry and the long history of the UAE that went through a lot of challenges in the past.

The participants share their experiences and appreciation towards the support of the government which provided opportunity to succeed.  Presence as well in the forum was His Excellency Saeed Hareb, the Secretary General of the Dubai Sports Council who exchanged discussions with the participants about the most important stages in the development of marine sports and the reason behind its success through his participation and contribution in Sports as the Chairman of the Board of Director for UAE Marine Sports Federation (UAEMSF) for two seasons: 2008-2012 and 2012-2016.

The participants agreed on the importance of preserving the legacy of their forefathers thru sports clubs like Dubai International Marine Club which was founded way back in 1988 and working since then to spread the heritage sports concept.

Hamad (Al Oud) said that the Al Gaffal race which was organized for the first time as the translation of the vision of the late Sheikh Hamdan bin Rashid Al Maktoum, starting off from Sir Bu Na’air Island to Dubai Coast which was yearly organized by the club to commemorate the pearl diving trips of their forefathers.

The sailor Badr Abdul Hakim Mohammed Thani, he specialized in manufacturing ship and traditional boat said that the marine sports races have contributed greatly in preserving the legacy of the club that give opportunity & prepares the future generation of sailors thru different categories that have been established since then.