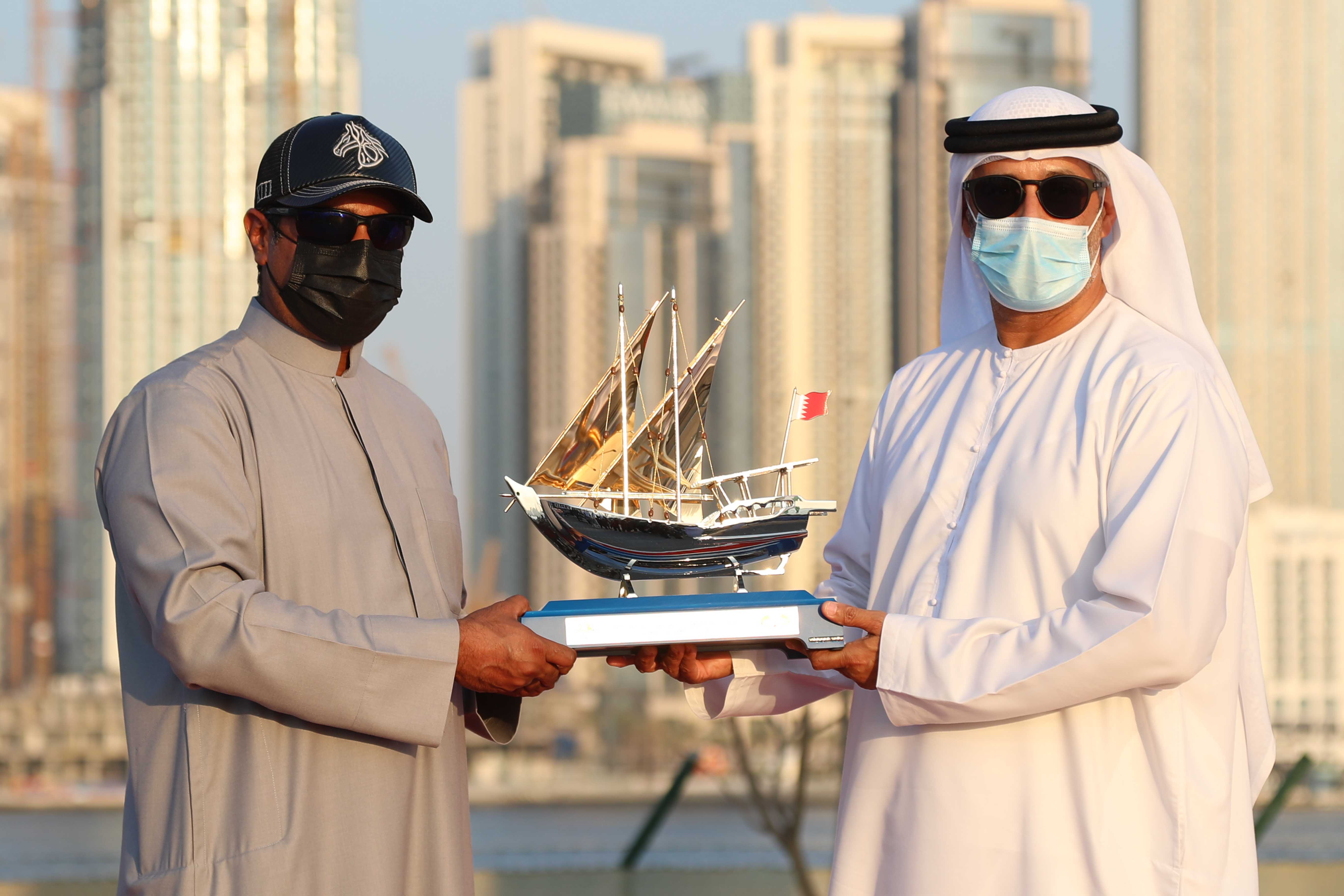 The Bahraini Olympic Committee for  Traditional Sports thanked the Dubai International Marine Club for the great role it plays in developing marine sports in all kinds and in supporting the traditional races and events.

Khalifa Abdulla Al Qaoud , BOC Traditional Sports Committee , was keen to praise the great role and continuous effort of the club (DIMC) since its establishment in 1988, shown by the remarkable efforts and cooperation by the club in the last Dubai Traditional Rowing Race Championship which brought together the elite boats and fans of this sport in the region.

It is worth mentioning that in the first and second round of the Dubai Traditional Rowing Race Championship - 30ft we witnessed the participation of the boats from the Kingdom of Bahrain , the Victorious 53owned by Sheikh Nasser Bin Hamad Al Khalifa and KHK 54 owned by Sheikh Khalid bin Hamad Al Khalifa who recorded remarkable performance in the two rounds.  The first boat won first place in the first round and the second boat won the first place in the second round which qualify both in the Al Maktoum Cup.