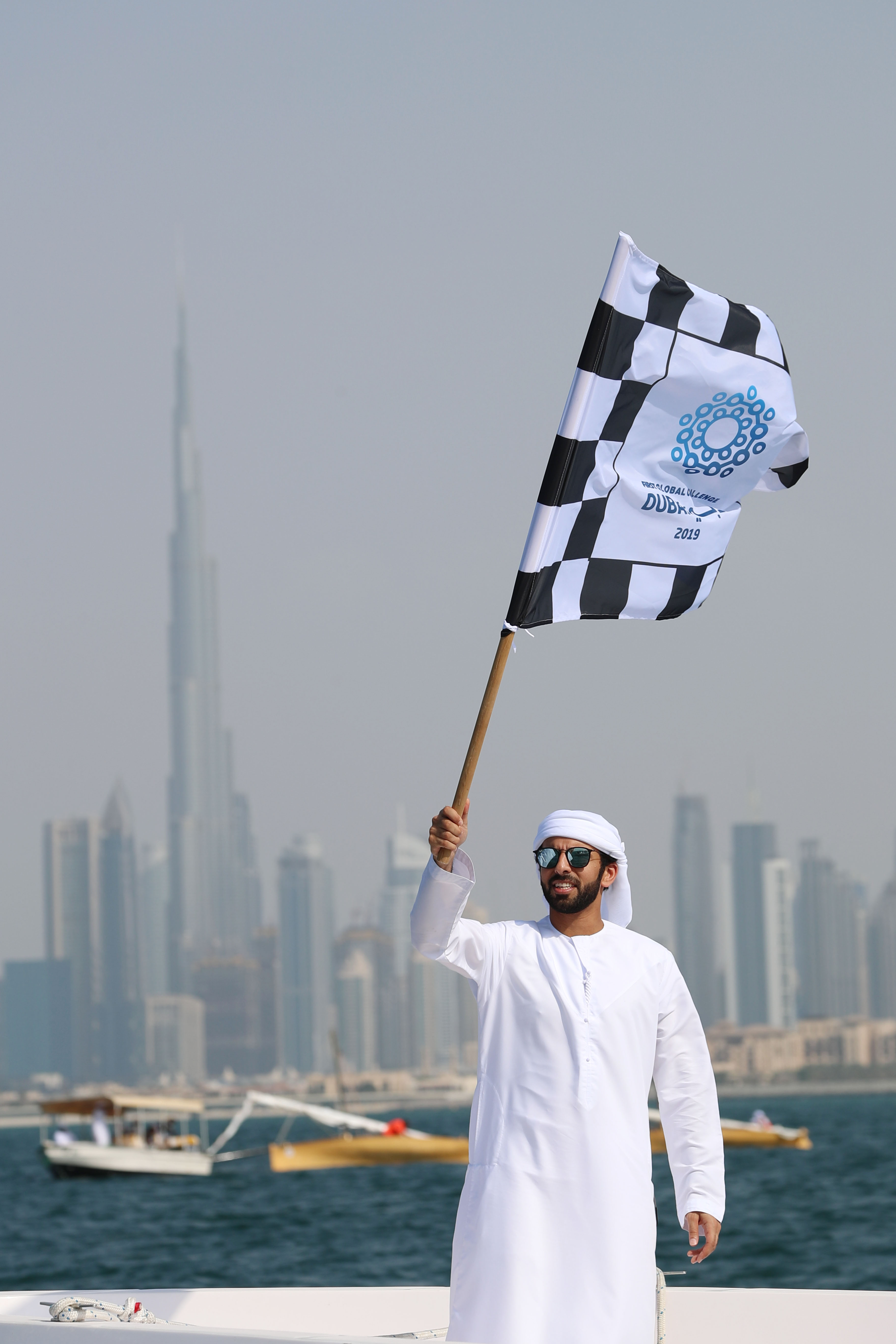 Dubai International Marine Club is organizing on Wednesday (09 October 2019) on the shore of Dubai the "Blue Caravan" with the participation of the selected marine sports champions and supporting partners of the club's activities in conjunction with the Dubai First Global Challenge hosted by the emirate (Dubai) on 24-27 of October 2019.

The Blue Caravan initiative is a part of the promotional campaign for the first major international event "First Global Challenge" to be held in the UAE and the whole Middle East  for the first time with the participation of 190 Countries to raise awareness on the importance of Ocean Cleanliness thru the use of robotics and artificial intelligence to face the threat of global challenges including marine environment issues.

Dubai International Marine Club (DIMC) unveiled the Blue Caravan Parade that will roam around Jumeirah Beaches from 8:30 AM on Wednesday from Jumeirah Beach to Palm Jumeirah with the participation of the Government Departments and National Institution together with the Teams and the Champions of the Marine Sports seeking to raise awareness of the dangers caused by the damage of the marine environment and its impact to the natural life in the depths of the oceans and seas.

Hezaim Al Gemzi, the Director of Racing Department at Dubai International Marine Club, said that the club in line with the directives of
His Highness Sheikh Mansour bin Mohammed bin Rashid Al Maktoum, President of the Club, in full cooperation with all Government Departments and National Institutions in the emirate, always strives to succeed in all initiatives and events.

He confirmed that the club in cooperation with the Dubai Future Foundation, which will host the First Global Global Challenge - Dubai 2019 on 24 - 27 October, decided to organize a parade called "Blue Caravan" within the promotional plan for the global event in order to raise awareness on the importance of ocean cleanliness and the use of robotics technology and artificial intelligence to address marine environmental issues.

He added that the organizing committee has started since the Dubai Future Foundation approached the club to cooperate in order to make this event a success by promoting the it through the various event wherein we witnessed in the last 22ft Dubai Traditional Dhow Sailing Race with the flag of the First Global Challenge on all of the boats participants to remind them about the ocean cleanliness and the use of the artificial intelligence.


As per the plan today (Wednesday), the blue Caravan will start from Jumeirah 1 passing thru Daria Island including the Bulagari Resort in between is the World Island passing thru Nessnass Beach, Kite Beach, Umm Suqeim then to Al Sofouh and Palm Jumeirah to the Blu Water Lagoon , which is the new cultural landmark in Dubai.

Al Gemzi, was keen to thanked a number of Government Departments and National Institution that will contribute to the success of the convoy on Wednesday including the Dubai Police represented by Ports Police Station , Dubai Rowing Team , Victory Team , dubai Maritime City Authority, Nakheel and Royal Yatch.