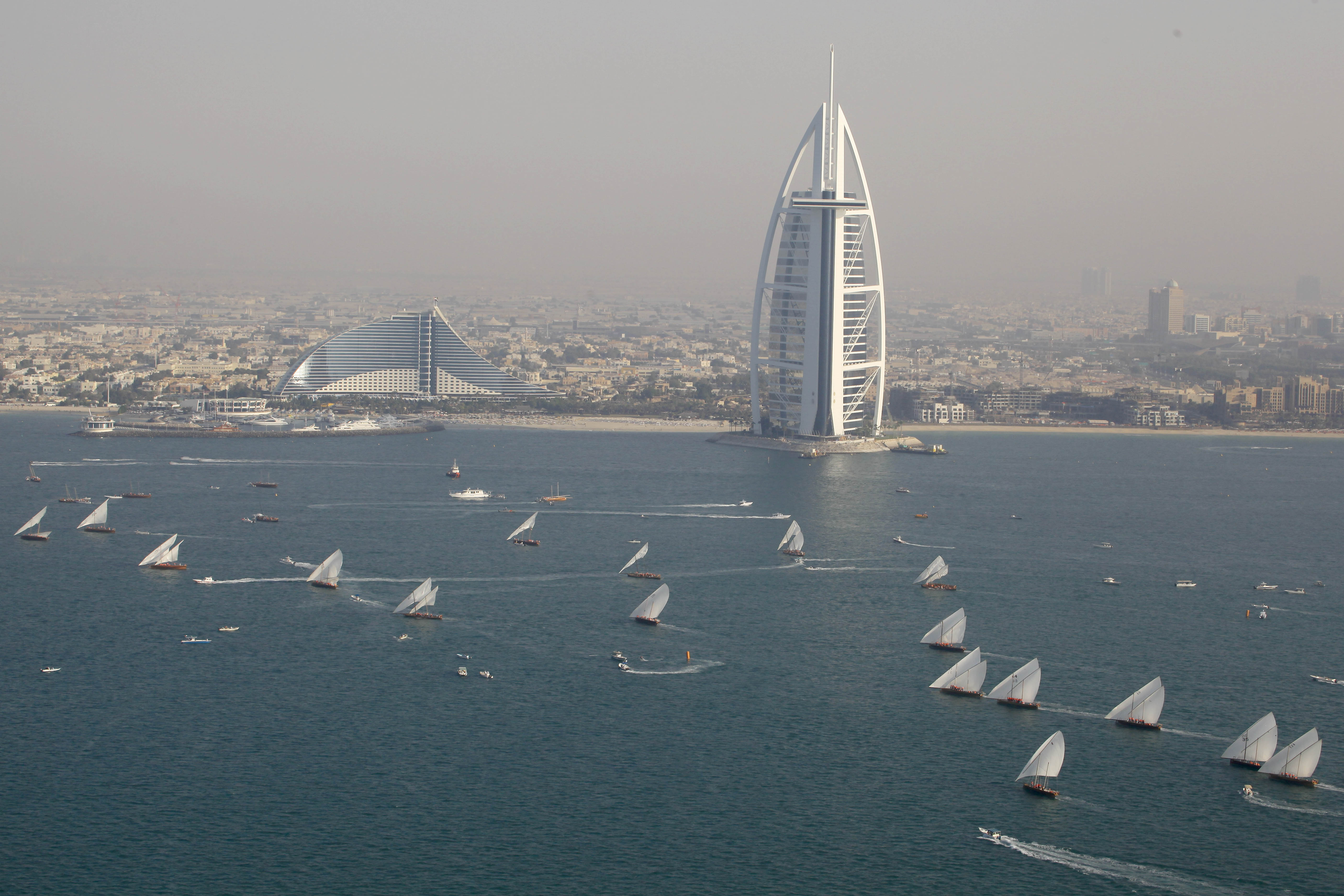 The Organizing Committee of the 31st Al Gaffal Dhow Sailing Race 60ft organized by Dubai International Marine Club and held under the patronage of Sheikh Hamdan bin Mohammed bin Rashid Al Maktoum, Crown Prince of Dubai and Chairman of the Executive Council, has approved the area near the Burj Al Arab as the finish line of the race.

The marine sports enthusiast is looking forward to the 31st edition of the Al Gaffal Dhow Sailing Race which will be held between the period of 3-5 June 2022 according to the decision of the organizing committee upon closely monitoring the weather forecast.

The event started way back in 1991 from Sir Bu Na’air Island towards Dubai Coast sailing for more than 50 nautical miles passing thru the first stop at Moon Island until the finish line in the area of Burj Al Arab.

The Burj Al Arab Hotel returns to the Al Gaffal Scene after the 30th edition held last 4th of June 2021 wherein the finish line was in front of the new cultural landmark in Ain Dubai between the Palm Jumeirah Island & Blue Waters.

Jamal Zaal bin Kreshan, board member at Dubai International Marine Club and member of the Higher Organizing Committee would like to express his thanks and appreciation towards Highness Sheikh Hamdan bin Mohammed bin Rashid Al Maktoum, Crown Prince of Dubai, Chairman of the Executive Council  for being his continuous support and sponsor ship of the event.

He said that the club is always keen to implement the directive of His Highness, the sponsor of the event, which includes facilitation of the task and cooperation between the owners, sailors and success partners from various government department & national institution for the success of the race.

Jamal pointed out the efforts done by the organizing committee to assure the success of the great event wherein they decided to choose the area opposite of the Burj Al Arab Hotel as the finish line of the race. He wishes the success and safety of everyone participating in the race.