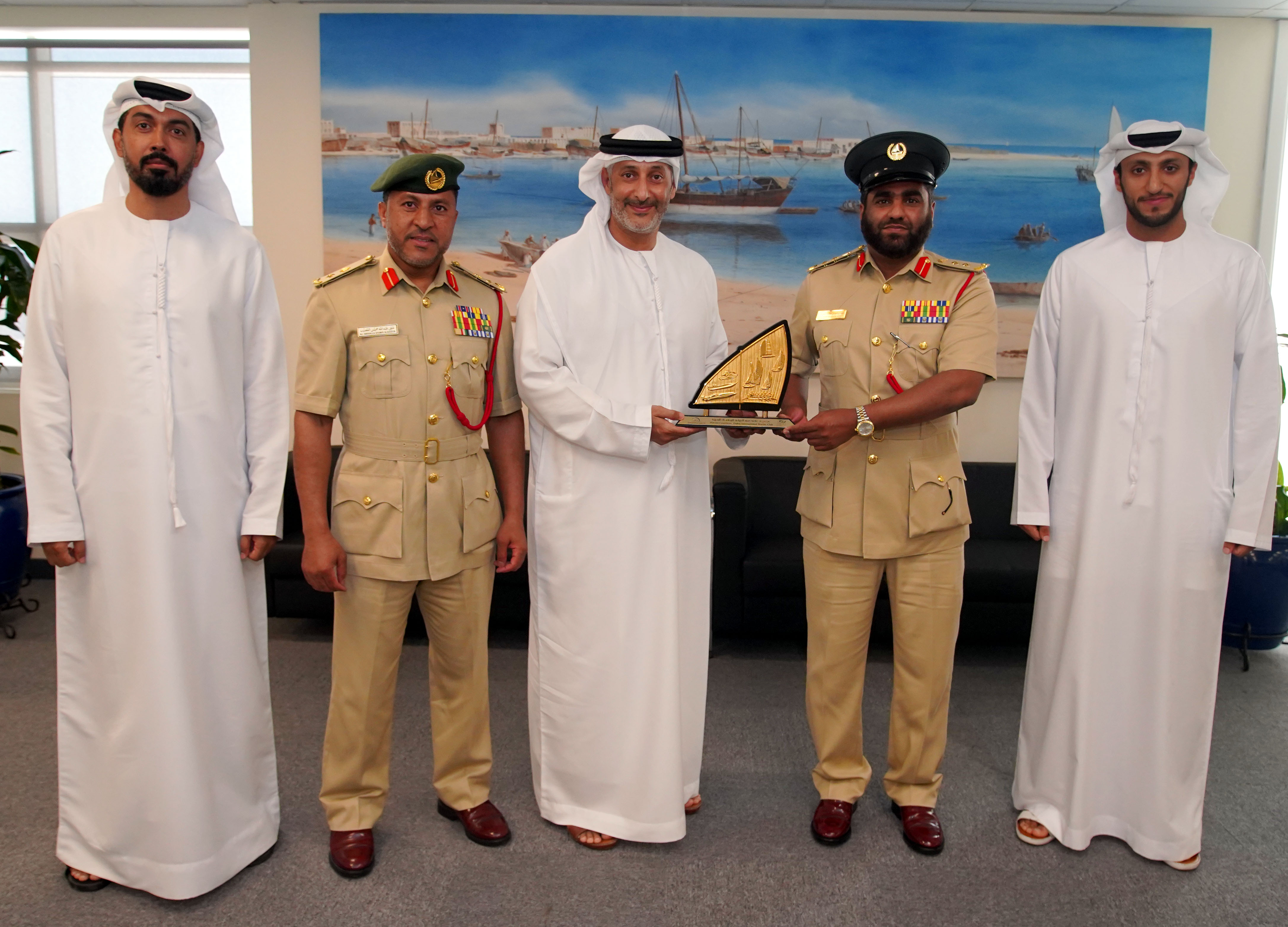 DIMC praised the great role and fruitful cooperation with the government departments and national institution particularly the General Command of Dubai Police in order to ensure the success of all marine sports activities and events organized by the club every season.

Mohammed Hareb , CEO & Board member of DIMC in behalf of the club He acknowledge the General Command of Dubai Police in various departments in securing the success of all marine races held in the sports season on the shores of Dubai wherein they ensure the safety and security of the participants and committee.

During the meeting , they discussed a lot of issues concerning marine races and ways of continuing cooperation between the General Command of Dubai Police and Dubai International Marine Club  to serve the public interest and ensure the safety and security of all participants in the various events.

The meeting dealt with talk about the calendar of events for the new season 2019-2020, which was launched last Saturday by organizing the 43ft Dubai Trditional Dhow Sailing Race and will continue , until next April which mark by the closing race, the 30th Al Gaffal Long Distance Race , the final heat of the 60ft Dubai Traditional Dhow Sailing Race.

The Mohammed Abdullah Hareb , CEO of DIMC  handed over a plaque of appreciation to Colonel Obaid Bin Hudaiba, The Acting Director of Ports Police Station   in recognition of the great role of the Dubai Police in the success of the activities and events organized by the club and for their continues support.

Colonel Obaid Bin Hudaiba, in return handed over a plaque of appreciation to DIMC family and certificates to its official in recognition of the great cooperation between the club.