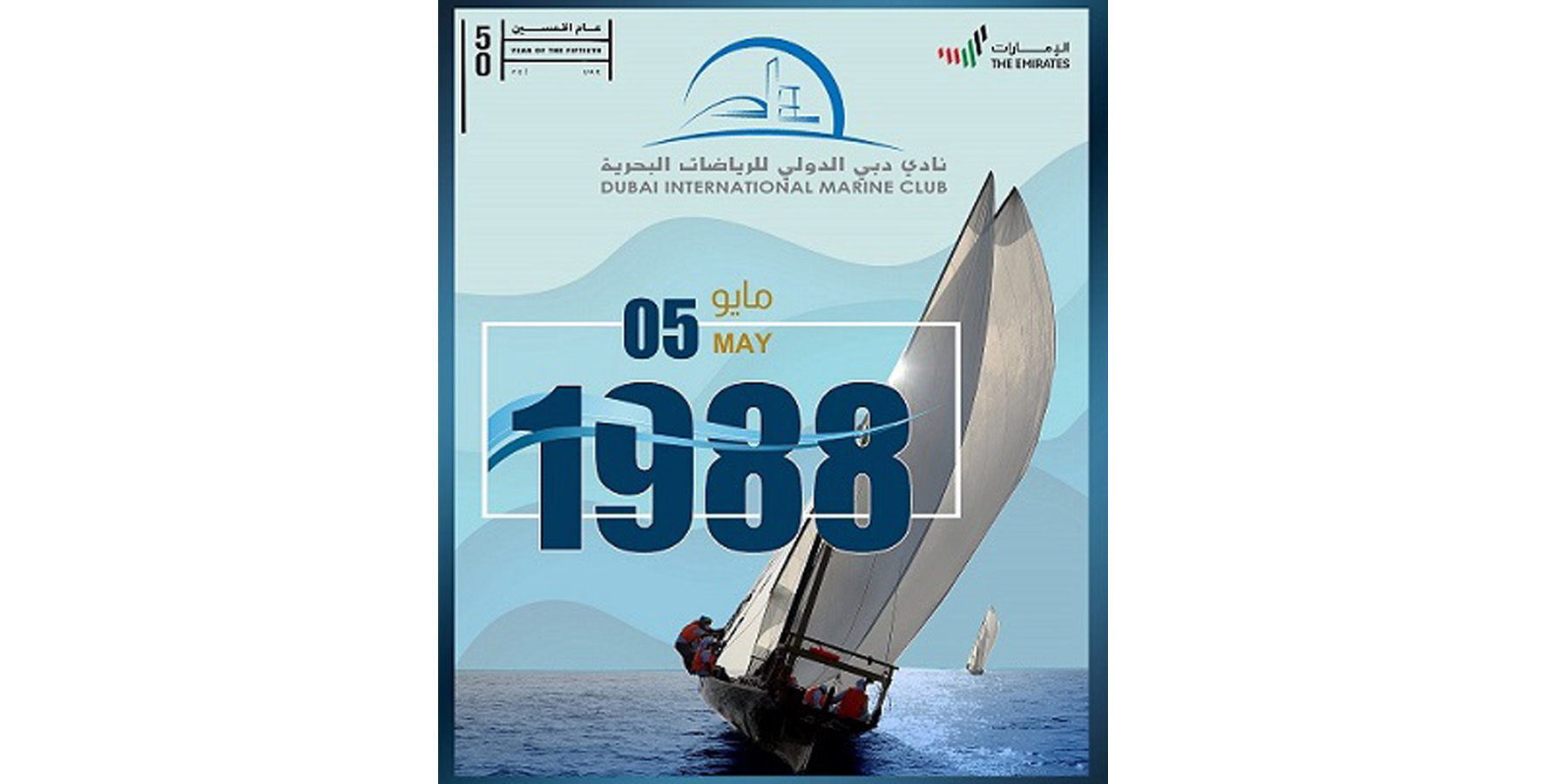 The Dubai International Marine Club completed its 33rd year since the club was established on 5th of May 1988, exceeded three decades with outstanding achievements in the field of marine sports in local and international level.

The club was able to put a luminous imprint in the sports field in general and marine sports in particular, as the beaches of Dubai is known to have watersport races since the mid-1980s, and that was the beginning of the decision to declare the establishment of Dubai International Marine Club headed by His Highness Sheikh Ahmed bin Rashid Al Maktoum. Laying down the first building blocks, laws and regulations governing the various watersports activities that were attractive to society at the time. 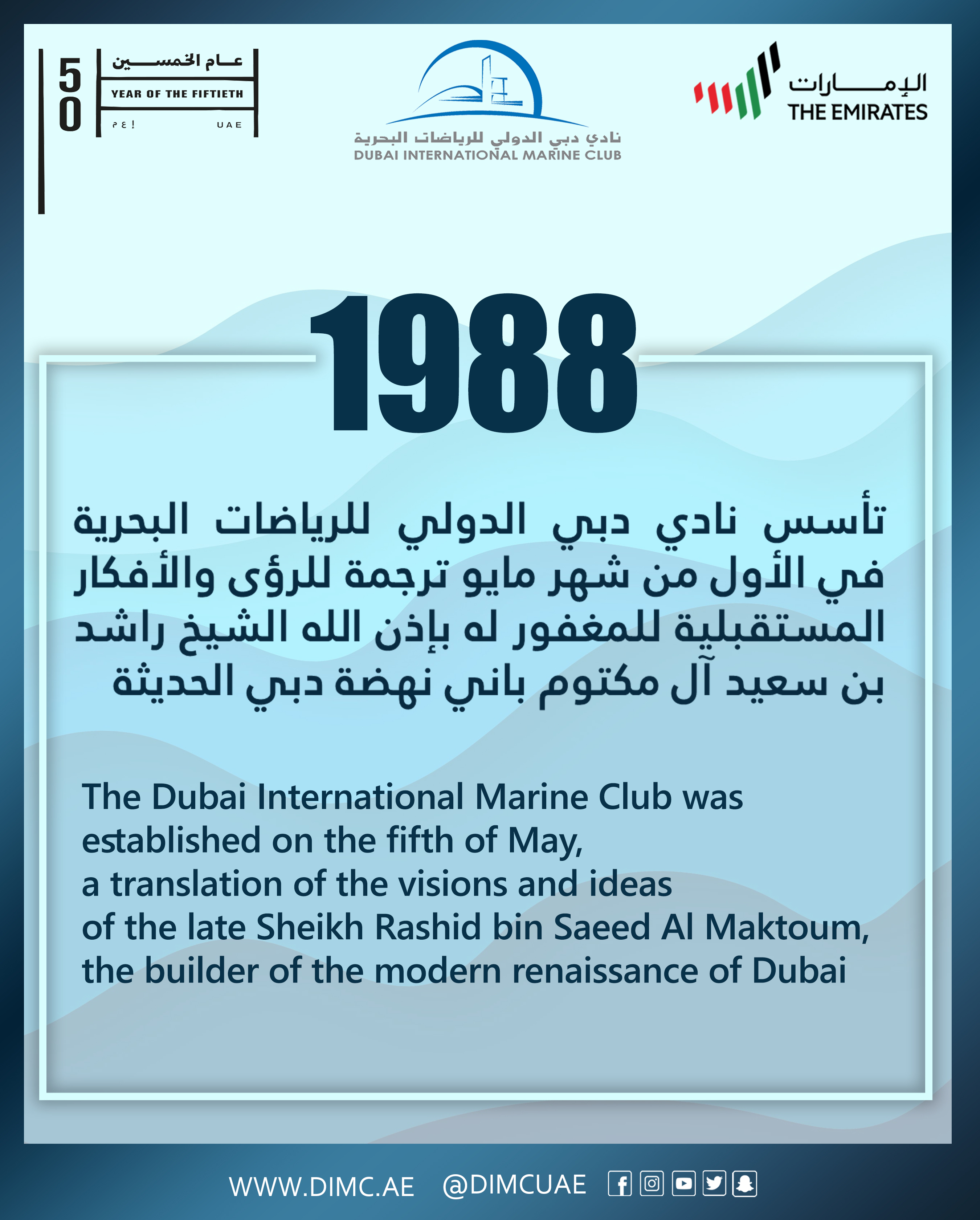 The Dubai International Marine Club was established as a translation of the ideas and vision of the late Sheikh Rashid bin Saeed Al Maktoum, the builder of the modern Dubai renaissance and with the support of His Highness Sheikh Ahmed bin Rashid Al Maktoum, who presided over the club and led it to be globally known.

The club excelled and has reached remarkable development and success that attracted everyone’s attention leading to growth in marine sports affiliates and participants. All thanks to the great efforts by the club to adhere to the safety measure and implement protocol in marine races to ensure a safe environment to its participants since the beginning of the first race, the 43ft traditional dhow sailing race. 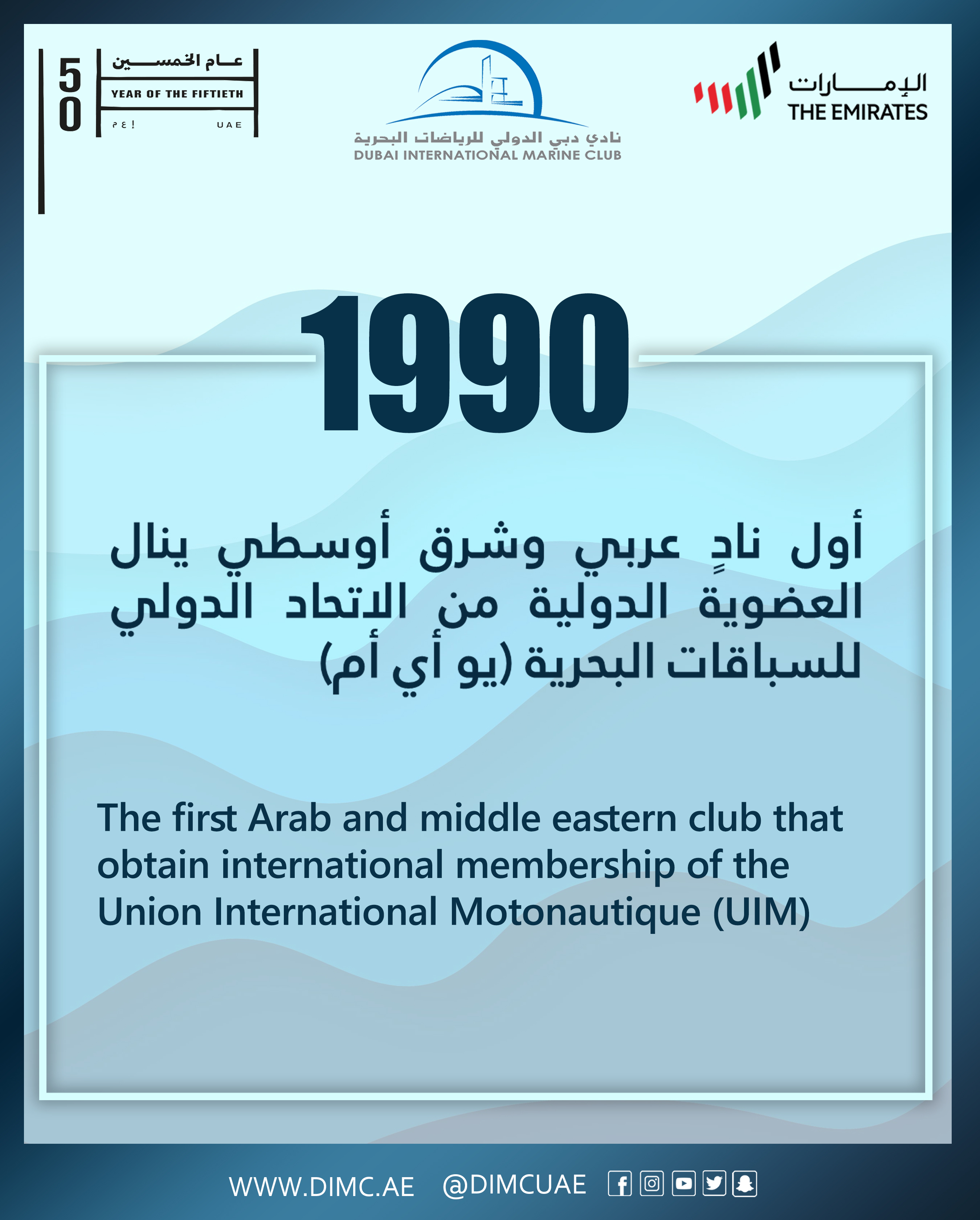 Two years after its founding year during the season 1990-1991, in the 10th of March 1991 the Dubai International Marine Club became the first Arab and Middle Eastern club to obtain the international membership from the Union International Motonautique (UIM). The Al Gaffal Long Distance race (from Sir Bu Na’air Island to Dubai Coast) was held as season ender for the entire marine sports enthusiast which was founded by the  the late Sheikh Hamdan bin Rashid Al Maktoum in order to preserve and revive the heritage that was linked to the livelihood of the people in the Emirates and the region. 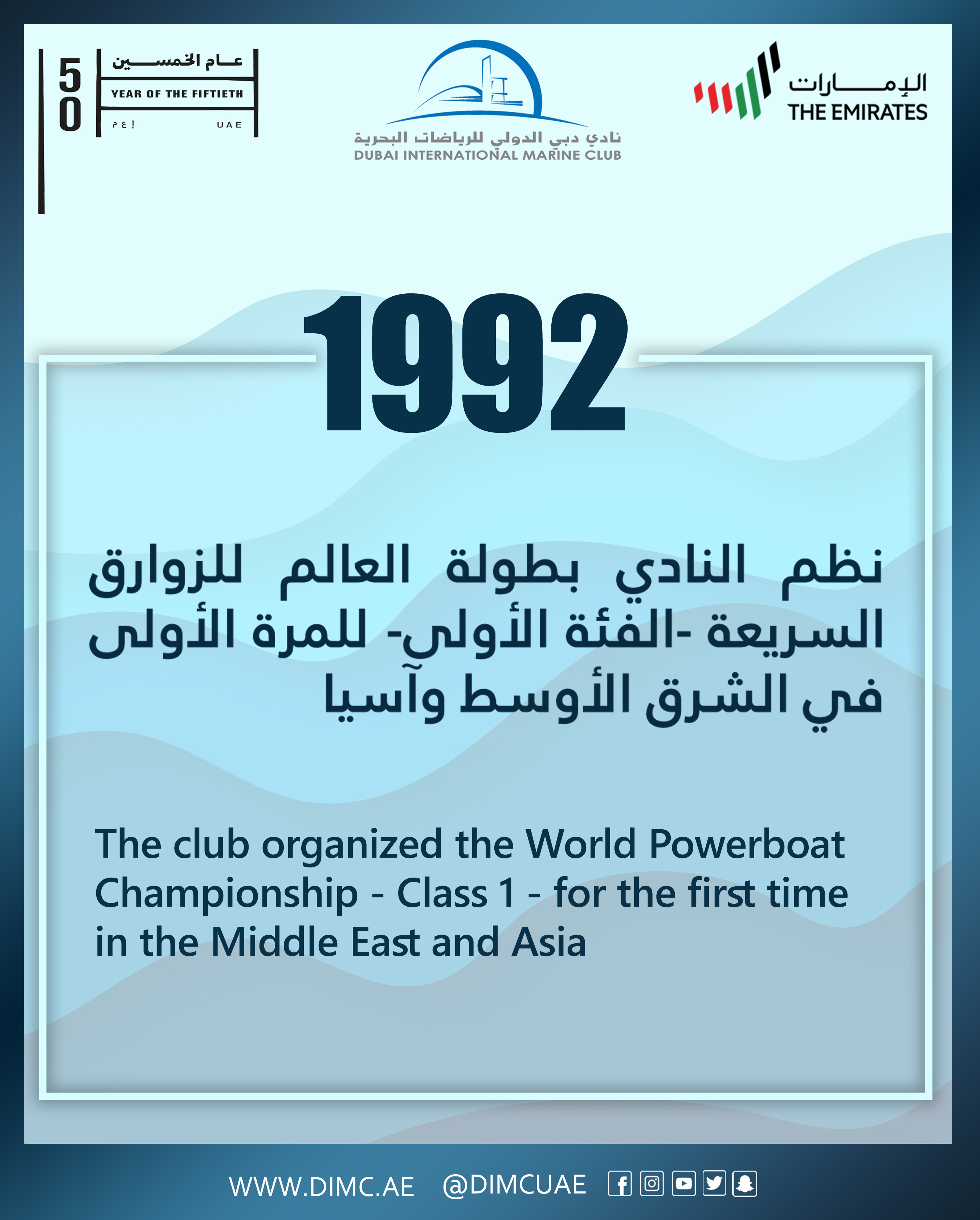 The efforts of the club contributed in the new global category the, XCAT Powerboat Championship that emerged in the emirates after it turned to be world event in Powerboat racing, considered to be globally known for its fast speed.

DIMC was able to build various relationships among International Federations & organization thru hosting an events, meetings, seminars and conferences pertaining to the development of the marine sports.

During its decade, the club has been associated with many partnerships among government department and national institution thru various forms of cooperation including the hosting of events. Remarkably, the annual Dubai International Boat Show which have been held in the club former location for more than two decades and also the Dubai Tour from its first to fourth edition.

The Dubai International Marine Club has also provided many competencies to contribute to the success of various events because of the great organizational expertise of the club’s employees that constitute a distinguished position in various administrative activities.

In the new phase of the Dubai International Marine Club in the recent years, a Decree No. 34 of 2019 was issued to include the Victory Team under the DIMC as organizational unit within its structure.

The first edition of the Al Gaffal Long Distance Race was held on 23rd of May 23, with the participation of 59 boats.

The latest edition of the Louis Vuitton-Dubai Sailing Yacht Prize

The training camp for the XCAT racing series