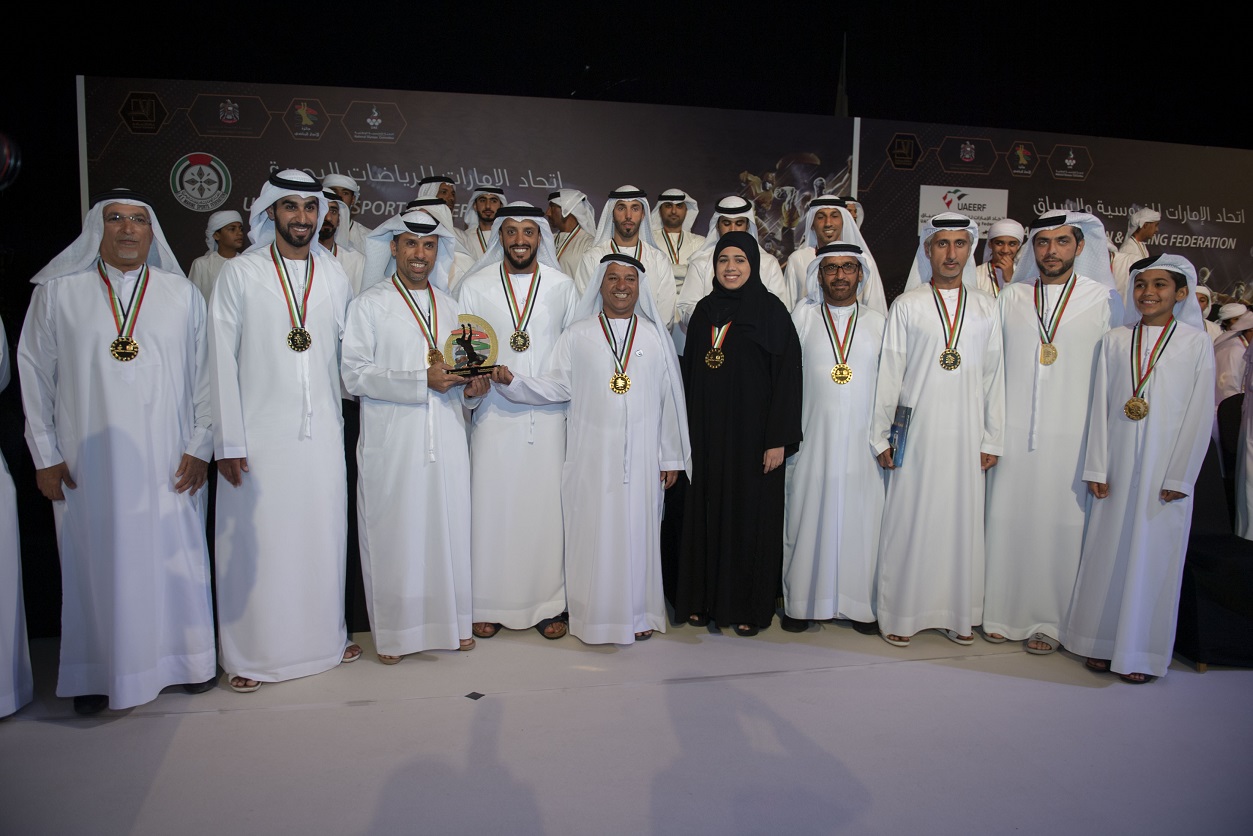 DIMC congratulates clubs & honoring the achievement of the athletes in 2018

Ahmed Saeed Bin Meshar , Chairman of the Dubai International Marine Club thanks and gratitude to His Highness Sheikh Khalifa bin Zayed Al Nahyan President of the UAE and His Highness Sheikh Mohammed bin Rashid Al Maktoum , UAE Vice President and Chairman of the Board Minister and Ruler of Dubai, for the great support in the Sports Section that contributed to the great successes in the regional and global achievement in sports.

The UAEMSF (UAE Marine Sports Federation) and the marine clubs and institutional tea, who attended the 13th annual celebration which honored the UAE’s Sports champions in 2018 in regional, continental and international.

Ahmed bin Meshar, the chairman of DIMC said that the presence of 36 hero’s & ambassadors of marine sports out of 515 honored in the occasion who made 37 medals in regional and global sports event the last 2018. He said that the great efforts and unity of UAEMSF and all the marine clubs has resulted a great achievement in sports across the continents of the world.

He also pointed out that the DIMC is pleased to be a member for 30 years in the UIM which is based in Monaco since its founding year at 1988 which is the first club in Middles East to organized numerous numbers of international events in the marine sports such as in powerboats, aqua bikes and modern sailing in which he pointed out the club keenness in providing the best for the UAE nationals to achieve excellence in sports.