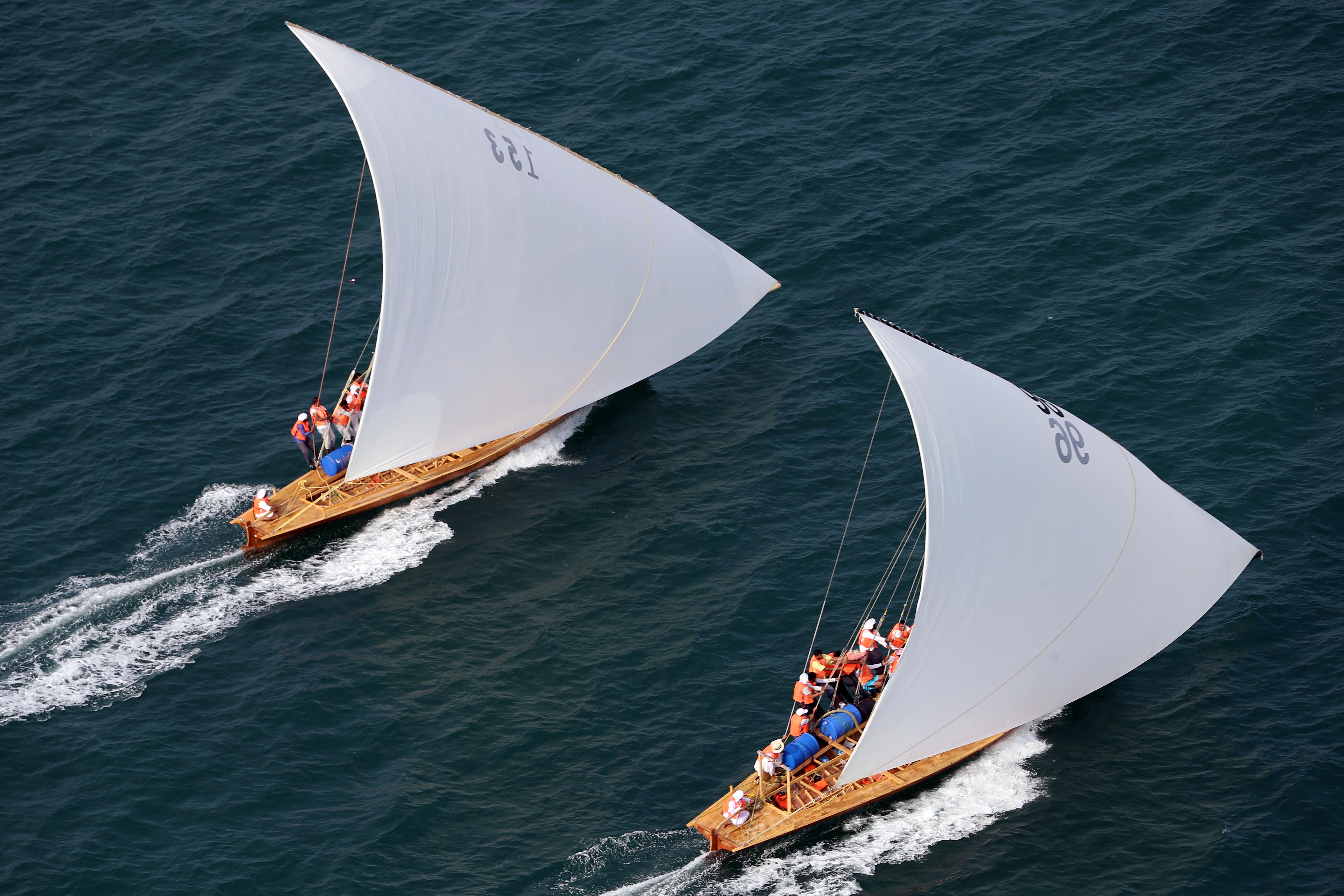 All eyes in Dubai beaches today as they host the 43ft Dubai Traditional Dhow Sailing Race which is organized by Dubai International Marine Club (DIMC) as opening for the new sports season 2019-2020.

The organizing committee completed all the arrangement needed for the start of the first race today at 3:00 PM in the afternoon in coordination with the various government department and national institution which always contribute to the success of the events organized by the club.

It is expected to witness in the race today the participation of up to 75 boats carrying more than 1,200 sailors that will sail in the Arabian Gulf water towards the Dubai Shores in which the finish line is located around the shore of Jumeirah with a distance of  10 nautical miles.

Mohammed Harib, the CEO & Board Member of DIMC welcome all the owners and participating sailors for the opening of the new season with first round of the 43ft Dubai Traditional Dhow Sailing Race and wishes everyone a success including the organizing committee.

He express his gratitude towards the cooperation of all in the previous and current season which provide success in the club being the Home of Watersports which is now more than 3 decades. Witnessing the new season 2019-2020 with hopes and aspiration for everyone.

He expresses his gratitude towards the cooperation of all in the previous and current season which provide success in the club being the Home of Watersports which is now more than 3 decades. Witnessing the new season 2019-2020 with hopes and aspiration for everyone.

In particular he give thanks to all the government departments and national institutions, including the General Command of Dubai Police and the device to protect vital installations and coasts (Coast Guard) and the General Administration of Civil defense and Dubai Media Incorporated (Dubai Sports Channels) and Dubai Maritime City Authority and Abu Dhabi Media (YAS Sports Channel) and Nakheel and Sky Dive Dubai.

Hezaim Al Gemzi , the Director of Sports Department at the Dubai International Marine Club said that all the needed equipment including the administration side was all set and waiting to start the new season 2019-2020 which will officially begin today and end until May with the closing race the Al Gaffal Long Distance Race marking its 30th version.

He also reminds all the owners and sailors to please be in time and see the race instruction sent to all the participants via link in the SMS and reminded everyone to pass thru the buoy in the starting line towards the finishing line.

The organizing committee closely monitor all the details of the Status of the SEA and the WIND speed reported by the NCM (National Center of Meteorology and Seismology) in order to give the best conditions and coordinates suitable for the race which have been sent thru SMS.

DIMC completed all the necessary preparations and equipment for the 43ft Dubai Traditional Dhow Sailing Race today and with the live telecast at Dubai Sports TV from 3:00 PM

DMI (Dubai Media Incorporation) continue to gain a great interest in the publication and promotion of marine racing through channel where the organizing committee was keen to thank the Director General of channels of Dubai Sports, Abdul Rahman Amin , in his cooperation and interest as well as employees in the organization 's for their full effort lead by Abdul Khaliq Al Khamis , Director of Operations, Mohammed Saeed Al Ketbi who communicate and coordinate for the development of the show and to artistically show it in one beautiful picture.

Previously in the last season the boat 127 “Al Wasf” took the lead in the Overall Standing for thw 43ft Dubai Traditional Dhow Sailing race and today we will witness who among them will took off the first win of the new season consecutively as the second round is set also this month after two weeks.