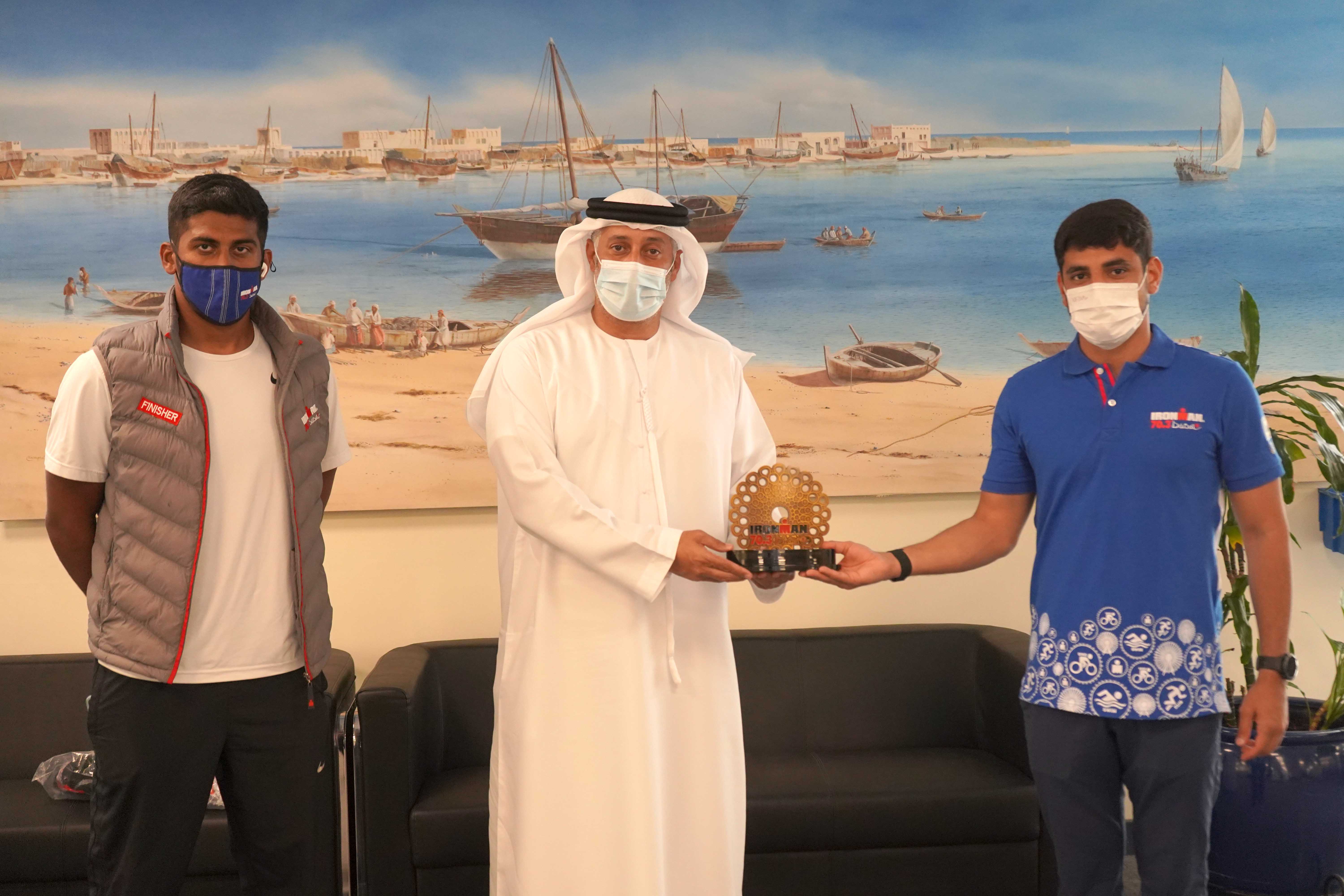 The shield was given to Dubai International Marine Club in appreciation and gratitude for the permanent contribution of the club to the success of the event, which was renewed this year by providing a logistic support in the stages of the race with a distance of 1.7 KM at Umm Suqeim Beach.

He praised the existing cooperation between the club and the organizing committee of the event, noting that the club used to provide a helping hand to the committee in the success of the events in line with the club’s orientations in making all events successful and providing all assistance to all parties wishing to benefit from the club’s services in pursuit of the public interest, including the success of the community events

For his part, Ismail Al Jasmi, Director of the Swimming Track in the Dubai Ironman Championship, said that all government departments and responsible authorities in the Emirate of Dubai worked together to make the great event a success, including the Dubai International Marine Club, which participated in the implementation of the race track, the first stage of 3 stages (swimming, running, and cycling) wishing that cooperation will continue in the future for the benefit of all.