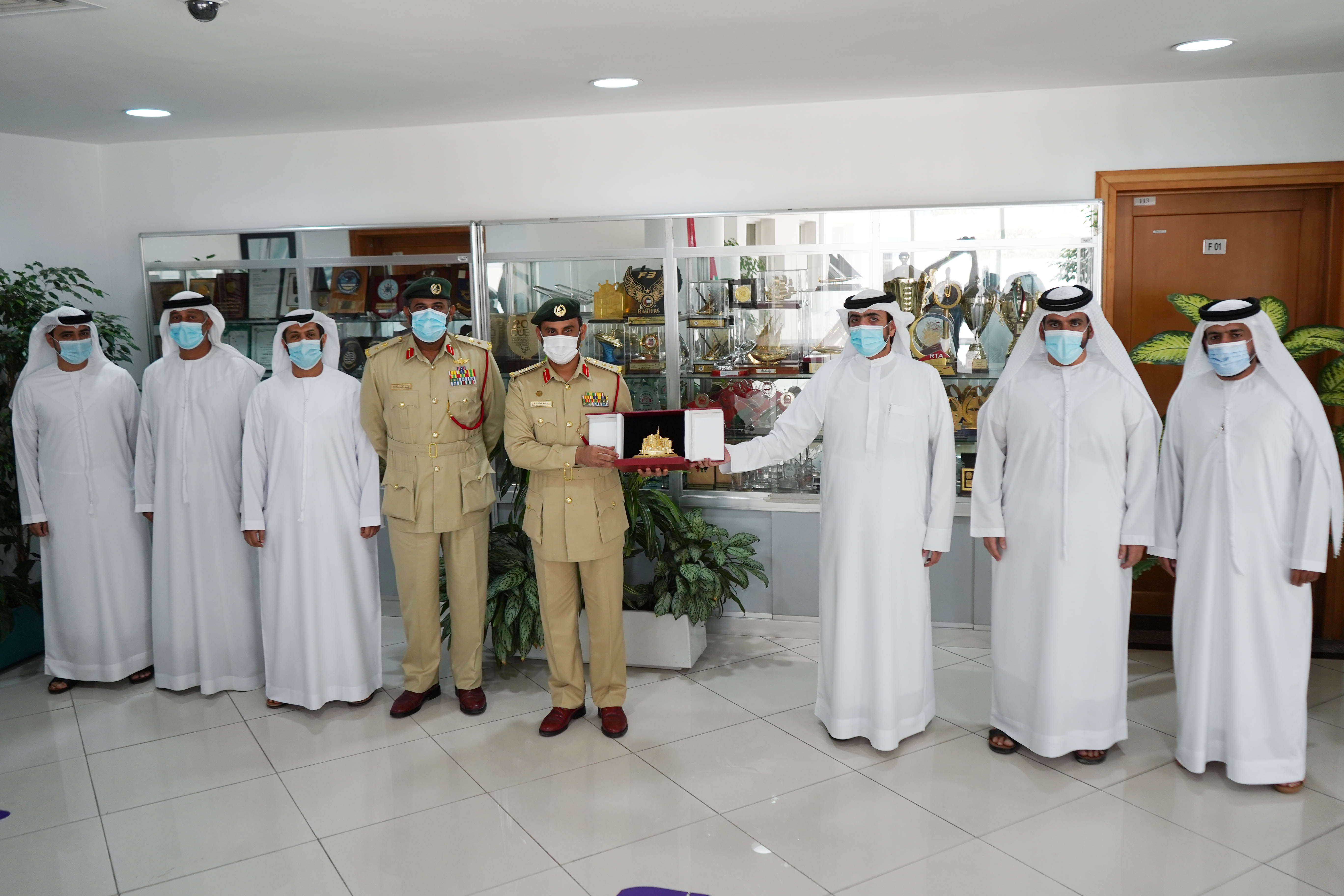 The Dubai International Marine Sports Club received a commemorative shield in honor of the Dubai Police General Command, represented by the General Administration of Ports Police, in appreciation of the existing cooperation between the two institutions in many aspects and fields.

The meeting took place at the Al Mawani Police Station headquarters in Dubai, it was also attended by Mohammed Hareb, CEO of the Dubai International Marine Club, and Mohammed Abdullah Al Shamsi,  Director of Admin and Corporate Support.