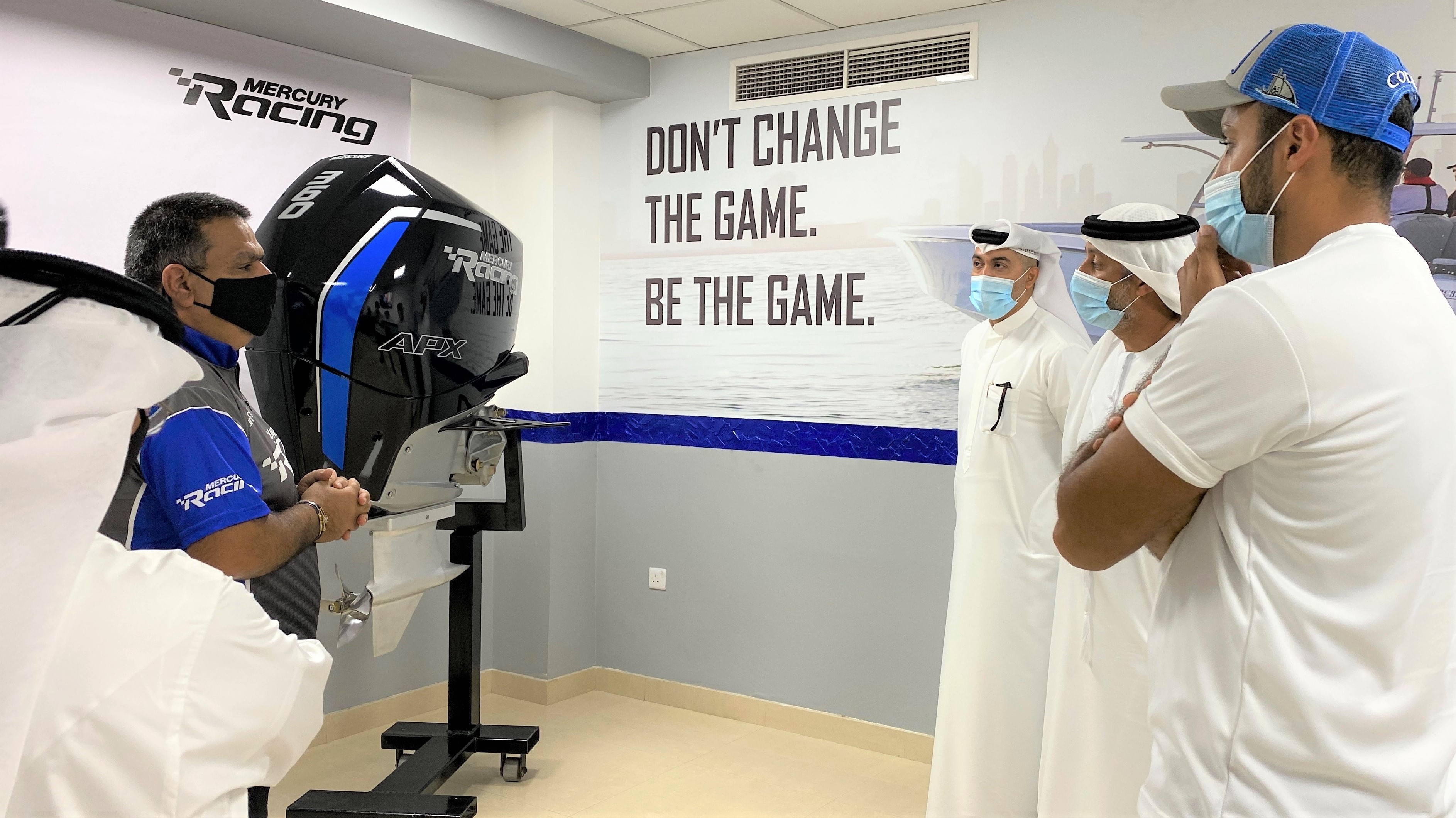 On September 16th, a day after the official launch of the new competition outboard 360 APX, the Mercury team in Dubai organized a post-launch event, inviting key VIP figures from the racing events industry in UAE for an exclusive look at the new engine.

The protype engine had been in Dubai for the original launch plan that was scheduled to take place earlier in March, for all VIP partners to view, but due to travel restrictions, officials from the Dubai International Marine Club (DIMC) were able to attend the post-launch event lead by the presence Mohammed Hareb,CEO of the Dubai International Marine Club, Hazeem Al Gemzi Director of Sport Department, and Mohammed Al Shamsi, Director of Admin and Corporate Support held at the premises of Extreme Marine, the Mercury Racing distributor, who provided support and assistance for the launch in UAE. 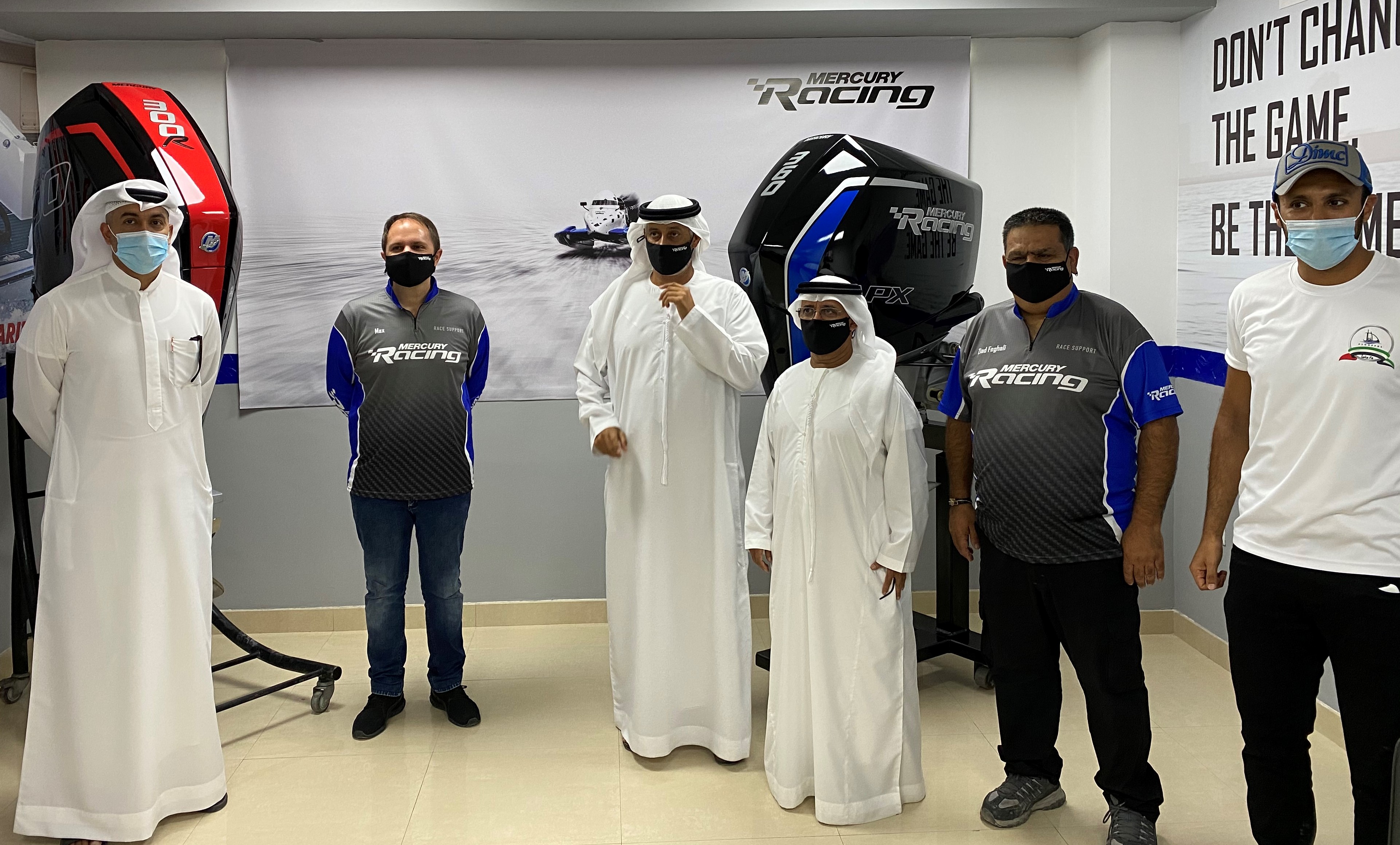 The official guests were given a first-hand presentation of the engine by Mercury Marine Middle East General Manager, Max Metadier, and Area Service manager, Ziad Feghali, who highlighted the benefits and technological development behind the creation of the new engine. The guests had to attend in separate groups at different times to adhere to social distancing and COVID rules set by the U.A.E

Mr. Mohammed Harib, DIMC CEO, expressed their delight and willingness, for the F1H20 teams in UAE to move from the 2 stroke technology to 4 Stroke, stressing on the fact that teams will spend 80% less on fuel costs due to difference in engine fuel requirements and lower fuel consumption, a benefit to the racing circuits and will encourage more teams to join. And most importantly reduce the carbon footprint of the engine, which they believe was a positive step towards taking care of our environment, of our world.