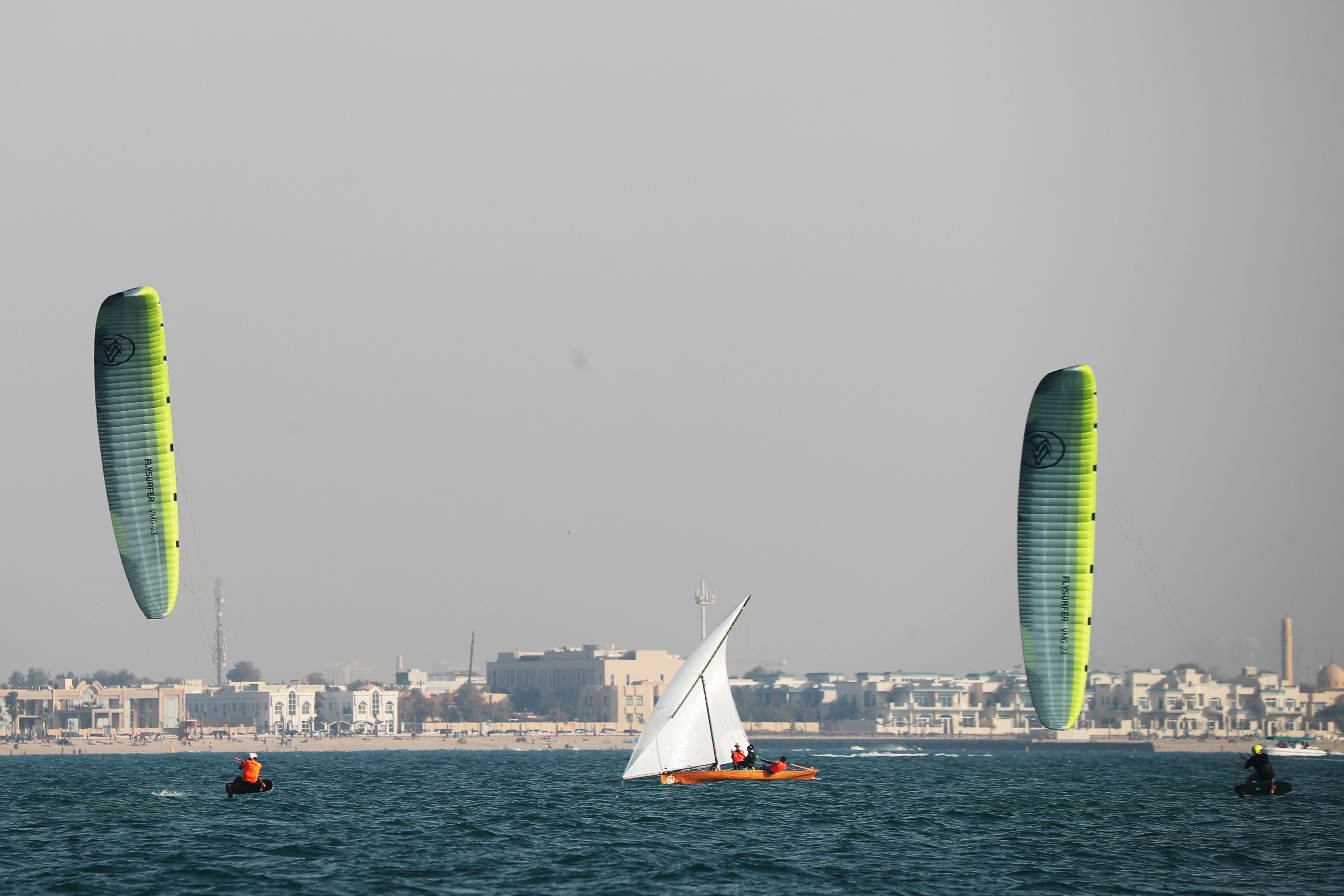 DIMC to Start the New Watersports Season on 18th of September

Dubai International Marine Club has set the start of the New Watersports season 2022-2023 on Sunday, 18th of September.

The club's ongoing preparation for this new season is a continuation of its efforts in the development of marine sports since its establishment in 1988.

The inaugural race will be celebrating the UAE sports heritage by organizing the first round of the 22ft Dubai Traditional Dhow Sailing Race, which brings together the young generation (under 21 years old) and the juniors (under 16 years old) in one sailing competition motivated by their passion to learn the skills and the sport of their forefathers.

Mohammed Harib, the CEO of DIMC said: The Board of Directors at DIMC, headed by Ahmad Saeed bin Meshar and thru the efforts of the Sports Committee and Departments at the club pays great attention to the new season in pursuit of its success in achieving its goals and to encourage various segment of the society to participate and practice their hobbies by providing a safe environment.

He also discussed that this season focus on a variety of event including the traditional races in Sailing for 60ft, 43ft, 22ft, and Traditional Rowing 30ft in addition to the Modern sports such as Powerboat Racing, Aquabike, Kitesurfing, Stand-Up Paddling, and Modern Rowing.

The CEO noted that the club will be organizing a numerous heritage events most notably the Al Gaffal Long Distance Race (Sir Bu Na’air to Dubai Coast) which serves as the final round for the 60ft Dhow Sailing Race, and as well as the Al Maktoum Cup, the most expensive race in the Traditional Rowing 30ft category. This season will also include an International Event in coordination with the UIM such as the Aquabike Championship which makes it more exciting.

He explained that this season, the club prioritizes the community event thru various activities such as the Watersports Festival, Kayak Fishing, and Fishing targeting various segment of society including the People of Determination and Women.