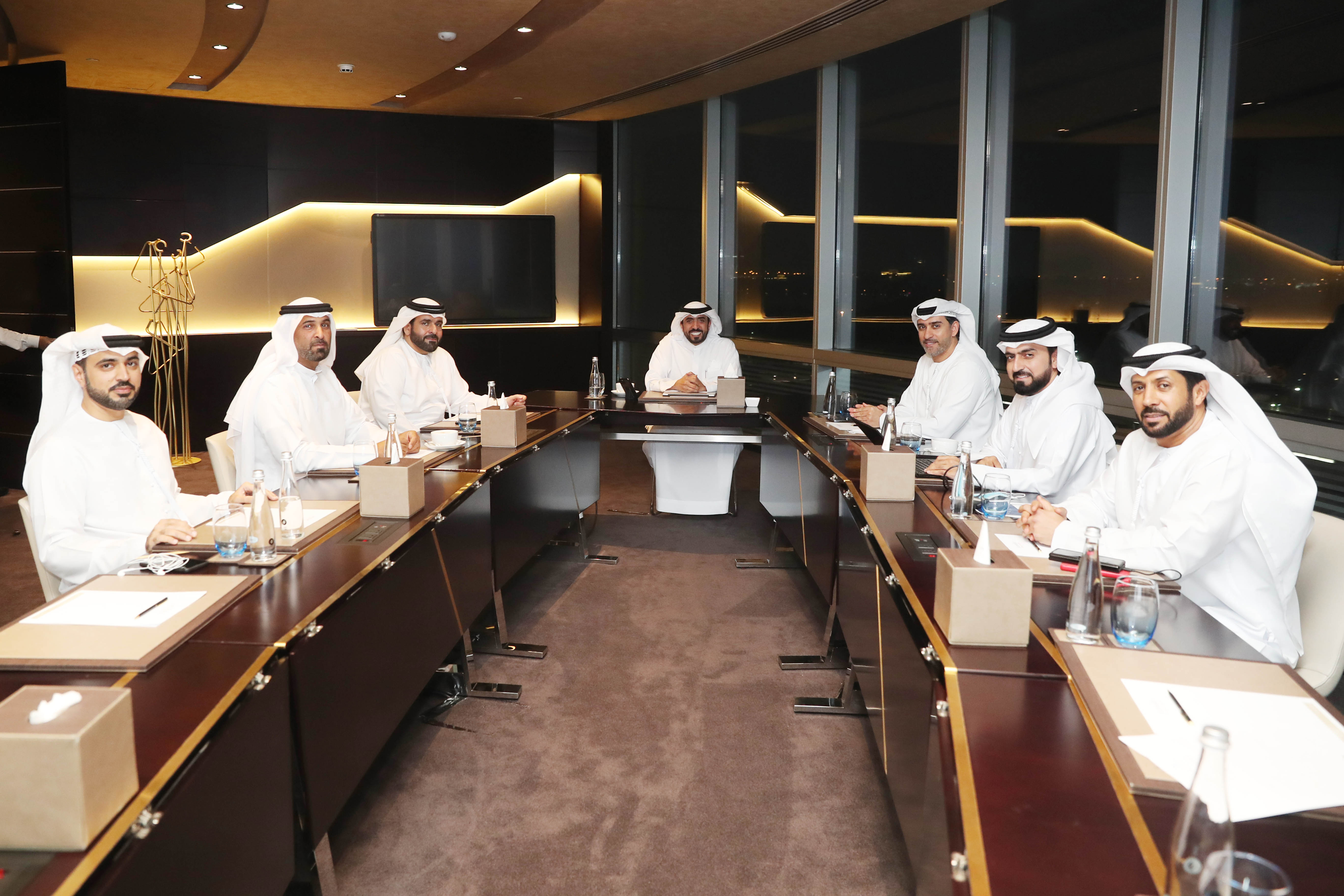 The Board of Directors at Dubai International Marine Club (DIMC) would like to extend its sincere thanks to His Highness Sheikh Hamdan bin Mohammed bin Rashid Al Maktoum, Crown Prince of Dubai and Chairman of the Executive Council, for sponsoring the 31st Al Gaffal Dhow Sailing Race (60ft).

The Club’s Chairman and Members of the Board of Directors also thanked His Highness Sheikh Mansoor bin Mohammed bin Rashid Al Maktoum, Chairman of the Dubai Sports Council, for the continuous support and follow-up of all the sports activities, particularly in watersports which contributed to the success of the activities for the 2021-2022 sports season.

During the meeting, they praised the great success achieved in the season 2021-2022 which started off last October and recently ended with the 31st Al Gaffal Race. The successful season was because of the active role of the club's partners from the Government Department, National Institution and Sports Federation which is always supporting the activities and events of the club as well as the efforts of the Executive Management at DIMC composes of a team and committees.

The Chairman and Members of the Board of Directors were also keen to send a letter of appreciation to all its affiliates which helps a lot in achieving the season success that includes more than 30 various activities such as the traditional dhow sailing race for 60ft, 43ft, 22ft, traditional rowing race 30ft, and from the modern sports includes the XCAT Powerboats Racing, Aquabike, Stand Up Paddling, Kitesurfing, Watersports Festival, Dubai Junior Regatta, and Dubai Fishing Competition.

They congratulated as well all the participants for their achievement this season and wishing them more success in the upcoming 2022-2023 marine sports season.

It is also discussed in the meeting the implementation of the new organizational unit for the club as part of developing works and achieving the goals in the strategic plan 2021-2027.