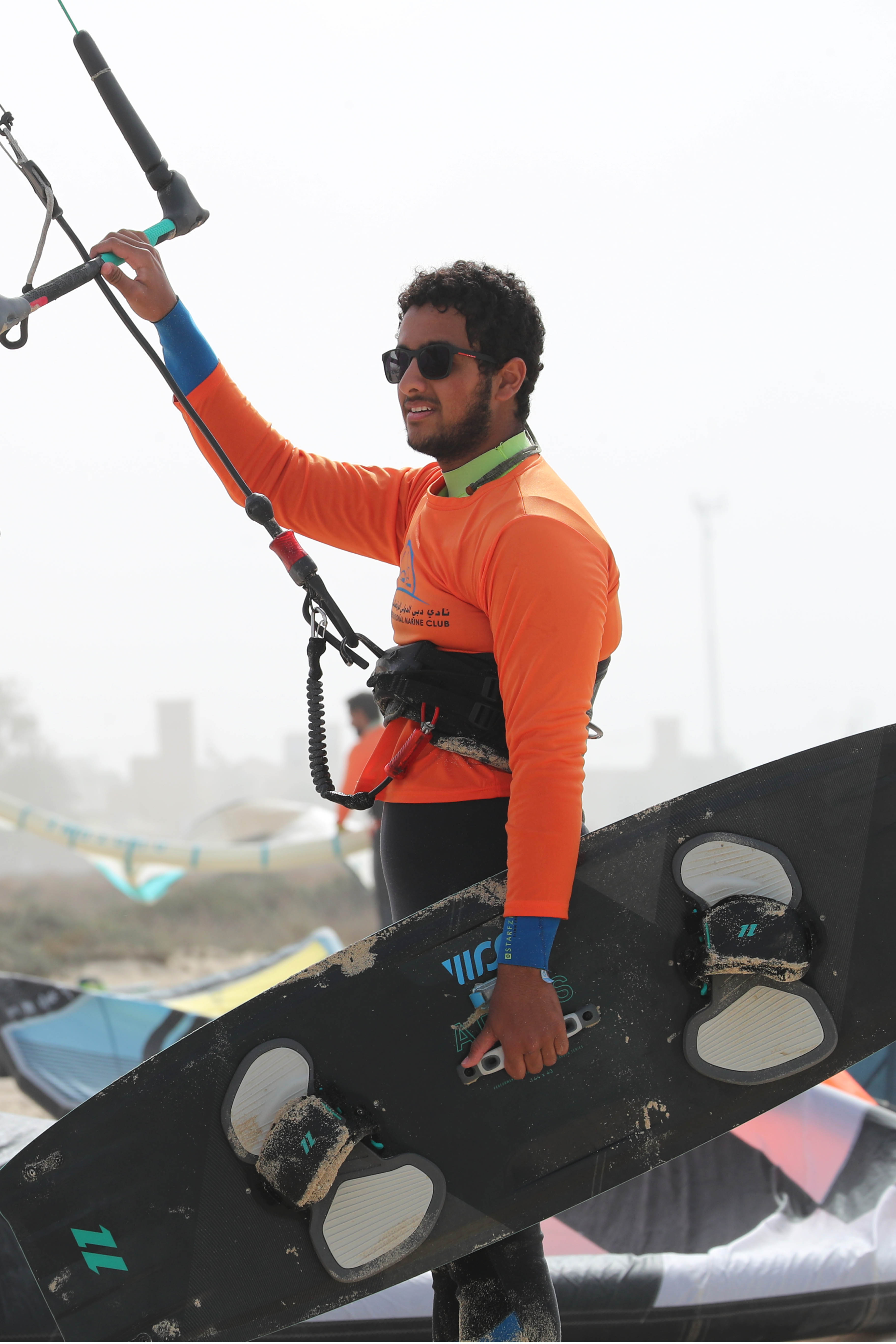 The Dubai Kitesurf Open reveals talents in the emerging sports after it gained popularity among the marine sports enthusiasts in the UAE , with the continuous increase of participants.

The championship was held in the picturesque beaches of Dubai and organized by the Dubai International Marine Club for the fourth consecutive season in coordination and cooperation with the Emirates Kiteboarding Association that showcase promising talent in this sport. 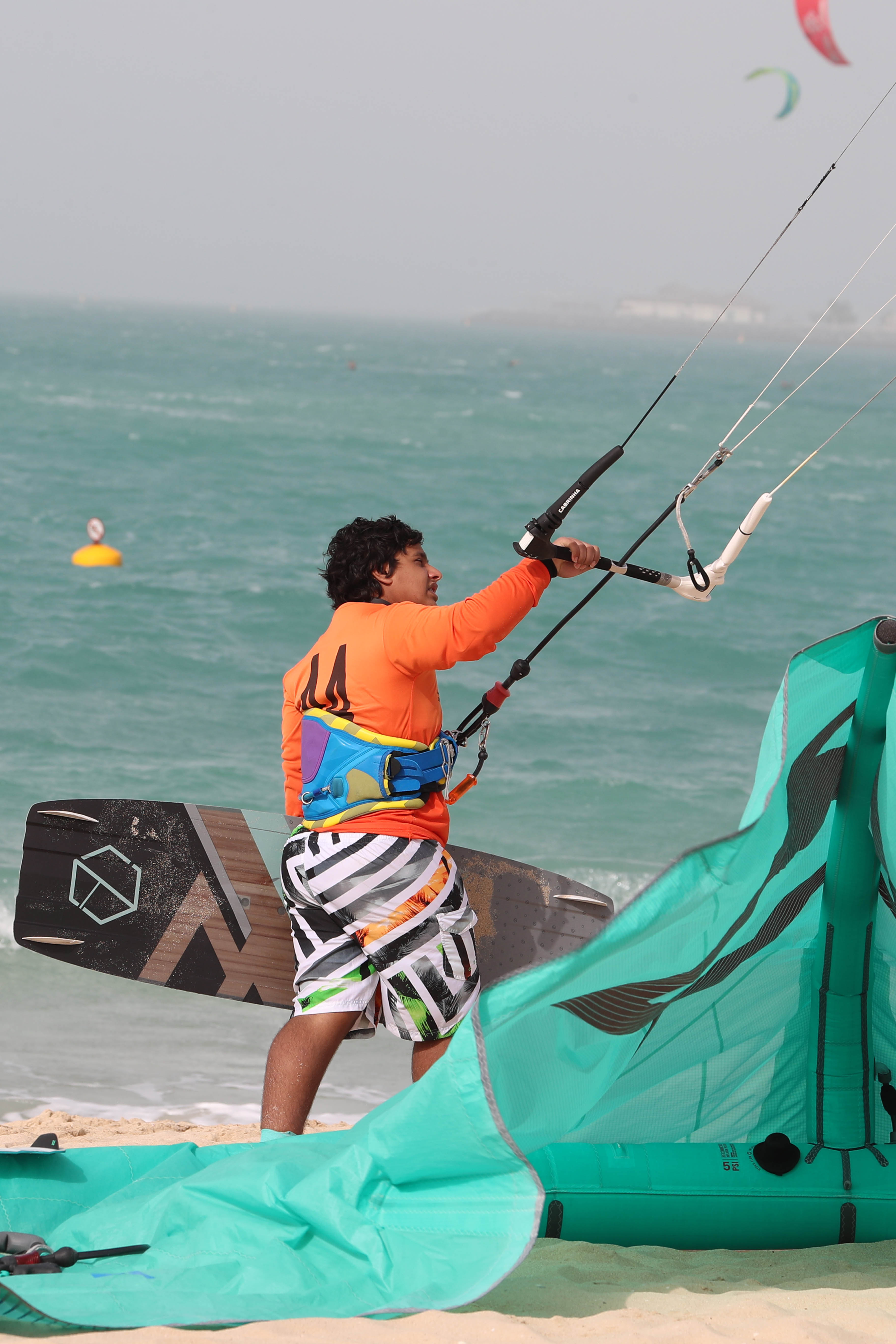 The championship witnessed the brilliance of our rising champion Abdulla Al Muhairbi which is in the competition for the second year in a row now after his strong involvement in this sports together with the stars of the national team and following the path of his older brother Ahmed Dahil Al Muhairbi , who also shines in this sports in a various categories that includes hydrofoil, twin tip and freestyle.

A new talent has also emerged for the first time joining this season, Abdullah Hareb Al Falahi , who is fan of this sports and takes its encouragement from the family to join in Hydrofoil.

The rising champion Saif Nasser Al Neyadi who joined the group following the footstep from his father Nasser Al Neyadi , the President of the Emirates Aerosports Federation and the chairman of Skydive Dubai who himself considered a big fan of marine sports. Saif joined recently the second round of the Dubai Kitesurf Open for the first time and was able to achieve the fourth place in Twin Tip category out of the 10 participants.

It is worth noting that the Dubai Kitesurf Open was first launched in the club agenda way back in 2005 wherein it hosted the Kitesurf Open in Mina Seyahi Beach at that time unti it was regularly returned in the club's calendar of activities.

This year the point monitoring season was introduced to see the ranking of each participants in the third and final round of the competition.