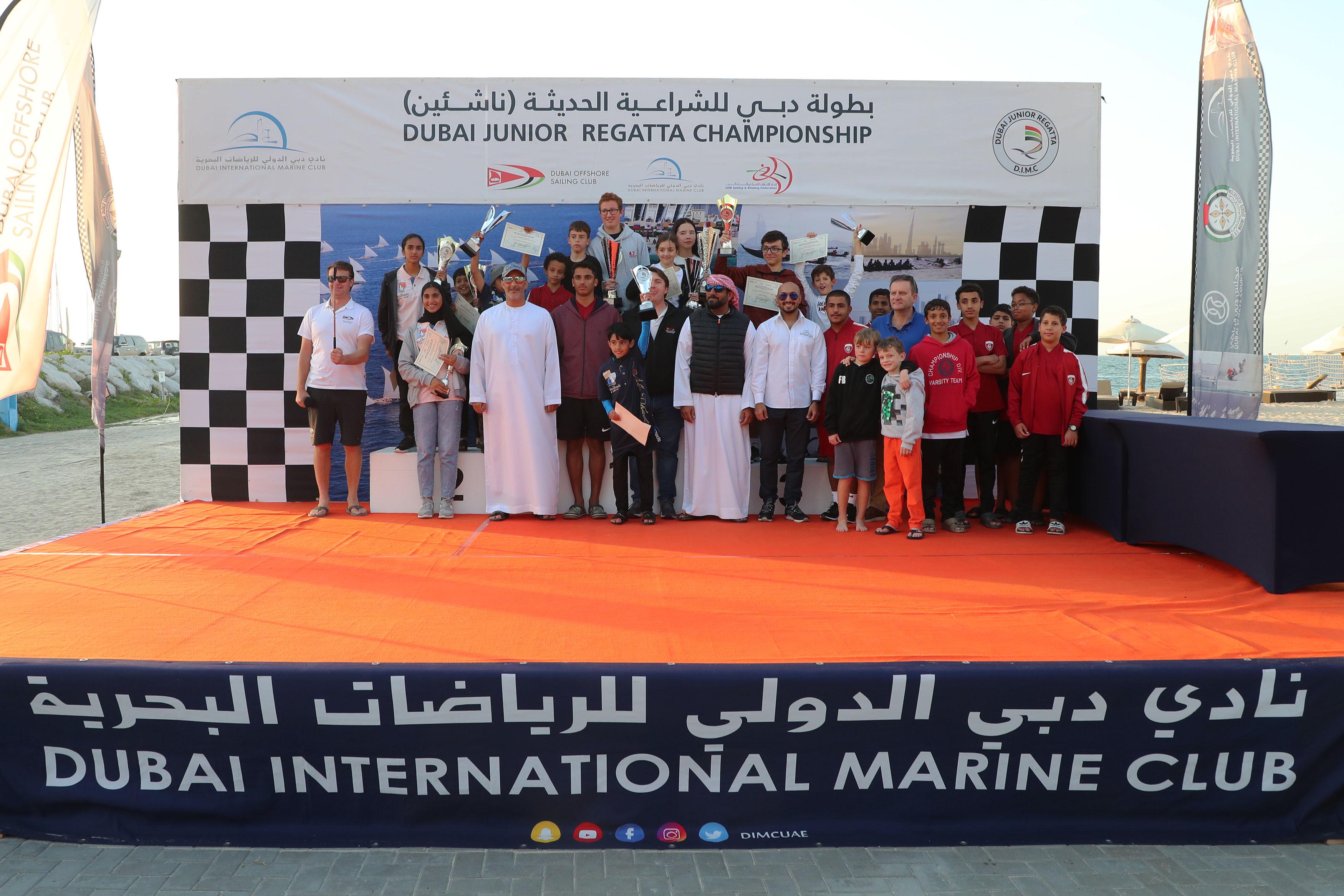 Success on the first round of the Dubai Junior Regatta which is organized by Dubai International Marine Club (DIMC) under the marine sports season 2019 – 2020 in cooperation with Dubai Offshore Sailing Club (DOSC).

The first round of the Dubai Junior Regatta was participated by 27 sailors (boys & girls) representing various club in the UAE such as Al Hamriyah, Abu Dhabi Sailing and Yacht Club (ADSYC) in addition to the Dubai Offshore Sailing Club (DOSC).

The race starts in the afternoon wherein the sailors compete for a total of 5 rounds divided into four categories such as the boys and girls for Optimist and Laser 4.7.

In the race for the Optimist boys, the ADSYC led the first and second position taken by Saif Ibrahim Mohamed Alzaabi and Hamad Yaqoub Saleh Mohammed Alhammadi. The third position goes to Carlo Von Wunster from DOSC. While on the Optimist Girls is Nadine Trigkonis from DOSC.

For the Laser 4.7 Boys won the first place is Josh Morgan from DOSC, taking the second spot is Alharith Ismail Ibrahim Al-Ali from ADSYC against the third place Athos Trigkonis of DOSC. While on the Laser 4.7 Girls the first place goes to Mathilde Oldeman from DOSC and the second and third spot from ADSYC Dhuha Mohammed Yousef Mohammed Albeshr and Dhabya Khaled Al Mansoori.

Right after the race was the awarding ceremony for the winners led by Mohammed Harib the CEO of DIMC with Yousuf Al Bastaki the Sailing Principal at DIMC and Ahmed Suwaidi the race officer of the day with the DOSC Commodore Simon Reeves , Jacky Gerault the General Manager, Mitchell Webb the sailing manager, Nick Fisk Officer of the Day from DOSC.