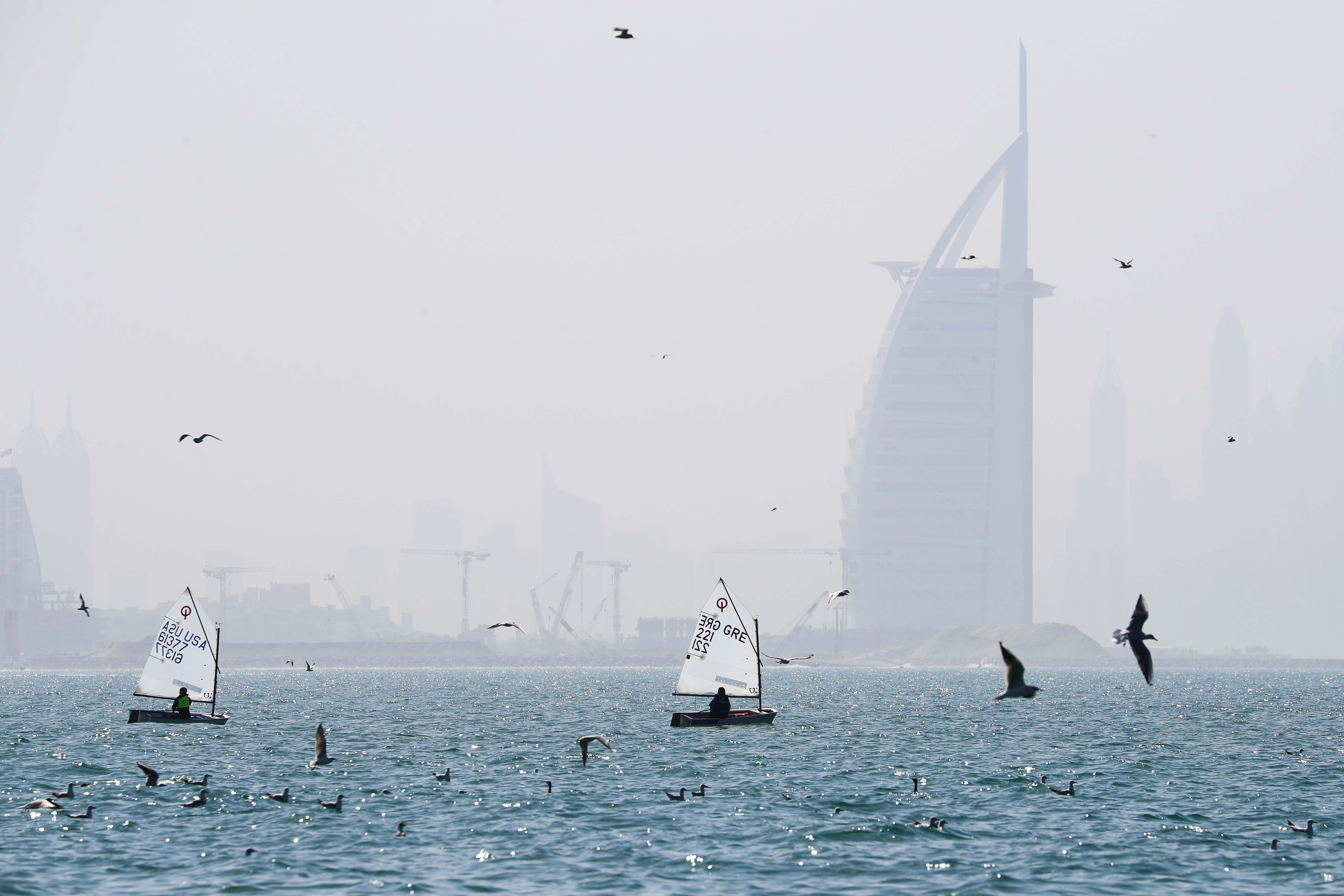 Dubai Modern Sailing Championships on the beaches of Dubai this Sunday

Dubai International Marine Club is organizing the first round of the Dubai Modern Sailing Championship on Sunday in cooperation with the Dubai Offshore Sailing Club (DOSC), the second race for the new year 2022 after the 60ft Dubai Traditional Dhow Sailing Race has been postponed due to the sea condition last week.

Mohammed Hareb, CEO of DIMC said " We are pleased with the continuous partnership & cooperation with the Dubai Offshore Sailing Club (DOSC) in organizing such event that attracted a huge number in the society and allowing them to experience and enrich their skills thru various activities towards a healthy community."

He also added that DIMC has been keen for several seasons to revive the sport of modern sailing among youth which has been long time founded by the club. Among the club athlete, that time was Yousef Bin Lahej the first to achieve an international title in Al Bareh Regatta in Bahrain, and also Adel Khalid the only sailor from the UAE to represent his country at an Olympic Games when he qualified through a series of regattas held in Europe in a run-up to the 2008 Beijing Olympics.


DIMC has been organizing various events and tournaments for Modern Sailing since its establishment including the World Cup in 1998 & 1996 as well as the Dubai Junior Regatta since 2000. With these experiences,  the club is gearing up for the Dubai Watersports Festival a community event for various sectors of the society with a variety of sports events soon.

Jumeirah Beach will witness the competition on Sunday that will start with the Racer Briefing at 12:00  and followed by the first race  at two o'clock in the afternoon for  4 categories of Modern Sailing Championship.