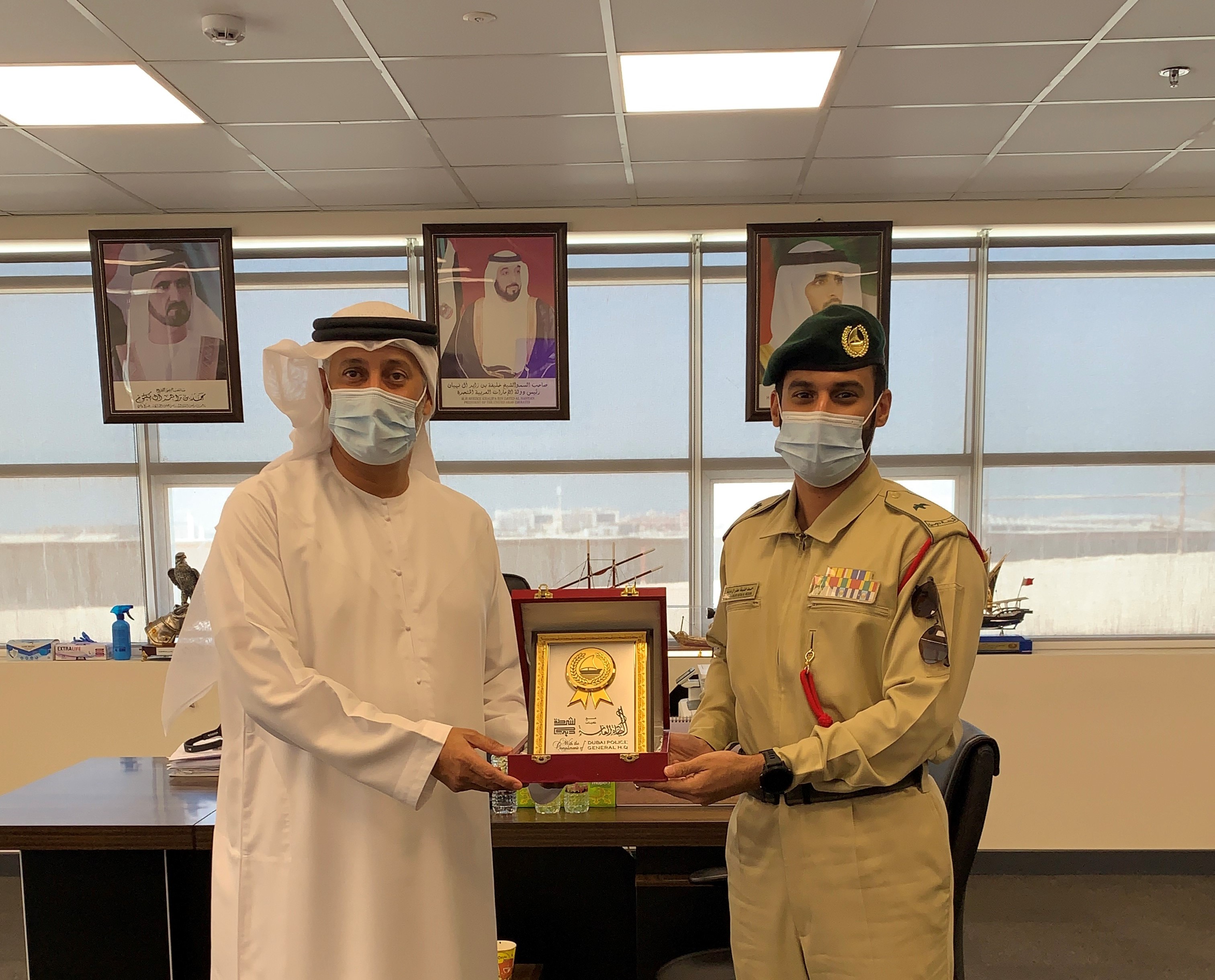 The Dubai International Marine Sports Club received an honorary shield from the General Command of the Dubai Police represented by General Administration for Security of Authorities, Facilities and Emergency in appreciation for the continuous cooperation between the two institutions in the success and organization of various joint initiatives.

Mohammed Hareb, CEO of the Dubai International Marine Club, received the honorary shield from Major Ahmed Khalifa Al Mazinah from the General Administration for Security of Authorities, Facilities and Emergency yesterday at the club’s headquarters.

Major Ahmed Khalifa Al Mazinah thanked the club's organization for the great and continuous cooperation for the success of all the sporting activities and community events including the Flag Day celebration last November which witnessed a huge success at that time.