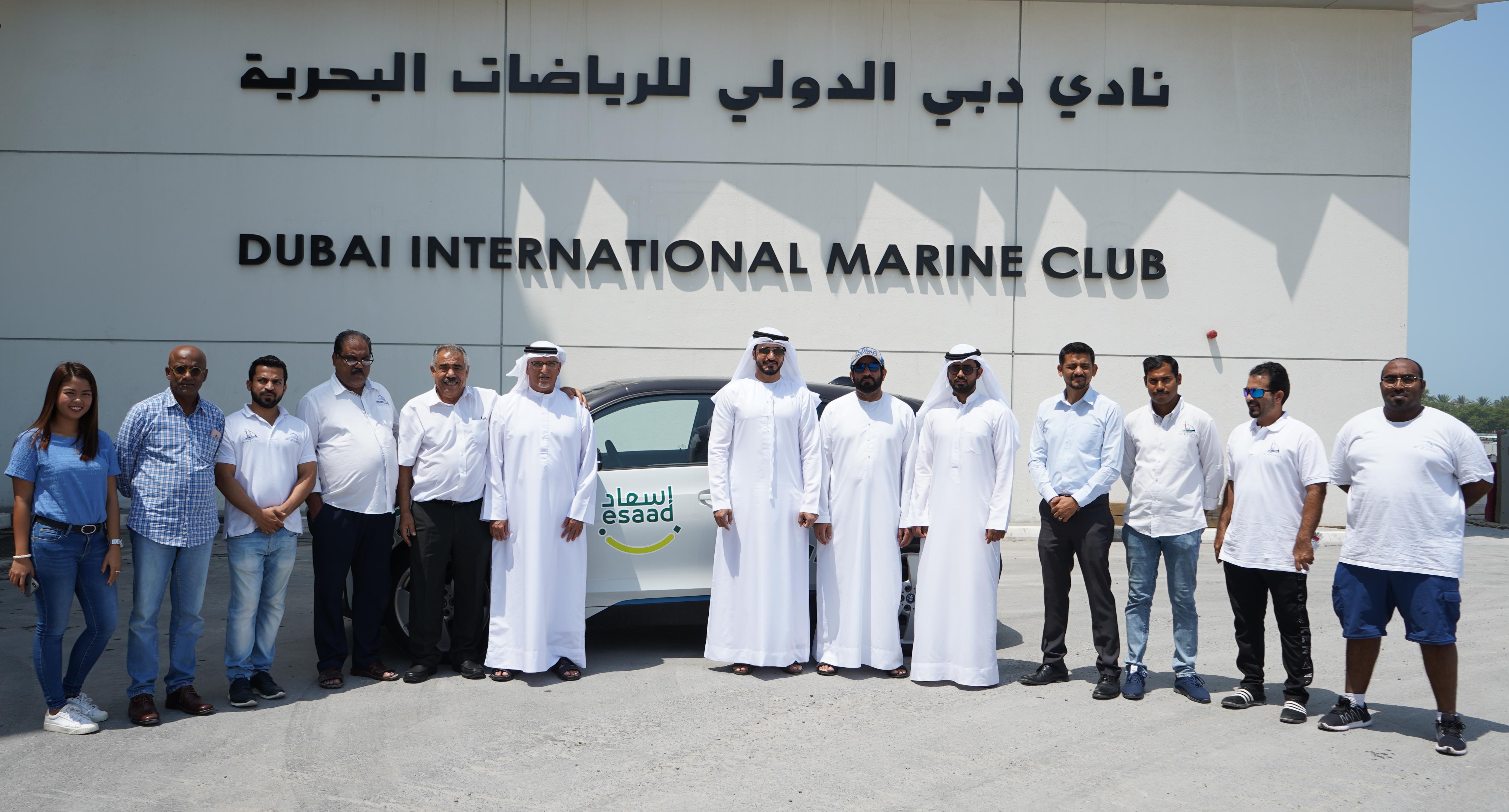 The Dubai  International Marine  Club  , has recently hosted an introduction workshop about Esaad Card for the club employees , with aim of explaining the advantage and special rules designated to the card . The Esaad Card is one of  Dubai Police initiatives .

Hassan Saif Al Shamsi , Head of Marketing Sector Committee Card happiness offer a simplified and valuable for the #esaad card that represents one of the General Command of the police initiatives to delight employees by offering discounts on products and services

Al Shamsi made an explanation of the cards definition , beneficiaries ,  the validity of the use , classification of sectors , channels of marketing, advertising and privileges of customers, suppliers and the general conditions. He also include the registration procedures and all provisions along with important statistics.

The large number of employees and employees of the Dubai International Marine Club, which joined the by the various government agencies and institutions that benefit from the advantages of this project, sponsored by the General Command of Dubai Police to attend and listen to all aspects.

Mohammad Abdullah Harib, CEO, in behalf of the Board member of the Dubai International Club Marine thanked the General Command of Dubai Police on this project and the initiative , which provide the society with many advantages obtained by the holder of this card from the multiple offers and discounts.