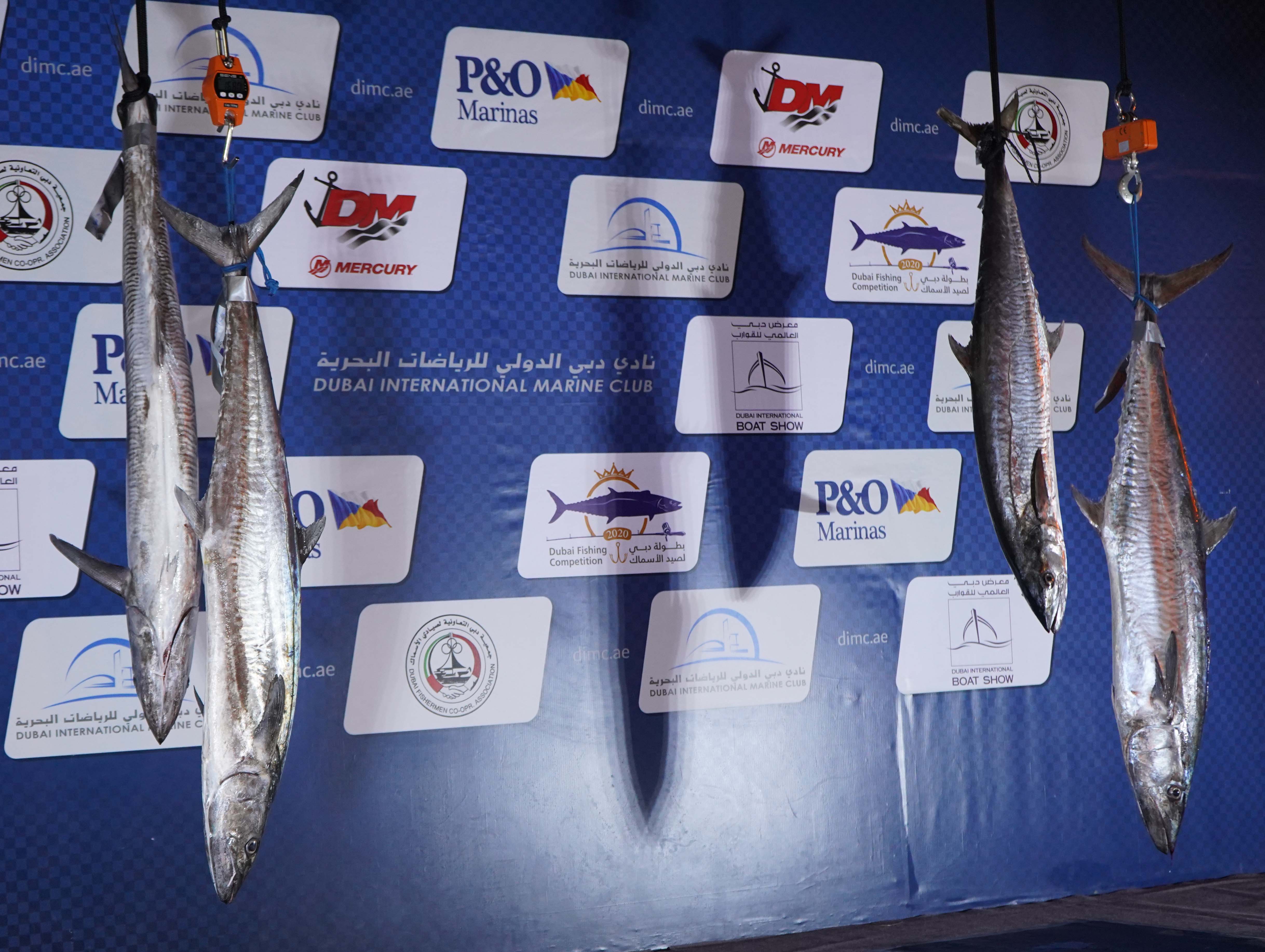 Today will end the first round of the Dubai Fishing Championship 2020 which is organized by Dubai International Marine Club within the Marine Sports Season 2019-2020.  The first round of the competition was able to gather large participation of the 100 fishing enthusiasts residing in the UAE among them are from Tunisia, Egypt, Oman, Comoros.

The participants aim to win the big prize of the competition which amounting to 230 thousand dirhams in total for both categories the Kingfish and Cobia with the allocated prize for the top participants with the sponsor Delma Marine, P&O Marina, and Dubai International Boat Show.

The organizing committee for the Dubai Fishing Championship competitions decided to continue the handover of the fish until today at the P&O Marina headquarter from 4-8 PM and the awarding ceremony for the winner tomorrow  (winner will be notified via SMS for the location and time).

The new sponsor of the event is the Delma Marine for boats and Mercury for marine engines, which add motivation to all the champions of Kingfish and Cobia for adding up the prizes of the winner, as well as the P&O Marinas Foundation, which allocated a prize for the first place in each round in addition to that for hosting the championship in their headquarters today until Saturday and the Dubai Fishermen Cooperative Society that will take over the sale of fish and then benefit from its proceeds to charitable societies the same as it the previous rounds of Dubai Fishing Competitions. The Dubai International Boat Show 2020, will provide a golden opportunity for the champions of the tournament at the end of the second round to participate in the International Fishing Competition.

The participant no. 01 Saeed Mohammed Jaber Al Muhairi took the limelight on the first day of the competition with the fish weighing 24.20kg and reaching 150 cm making him the biggest catch of the first day in Kingfish of category.