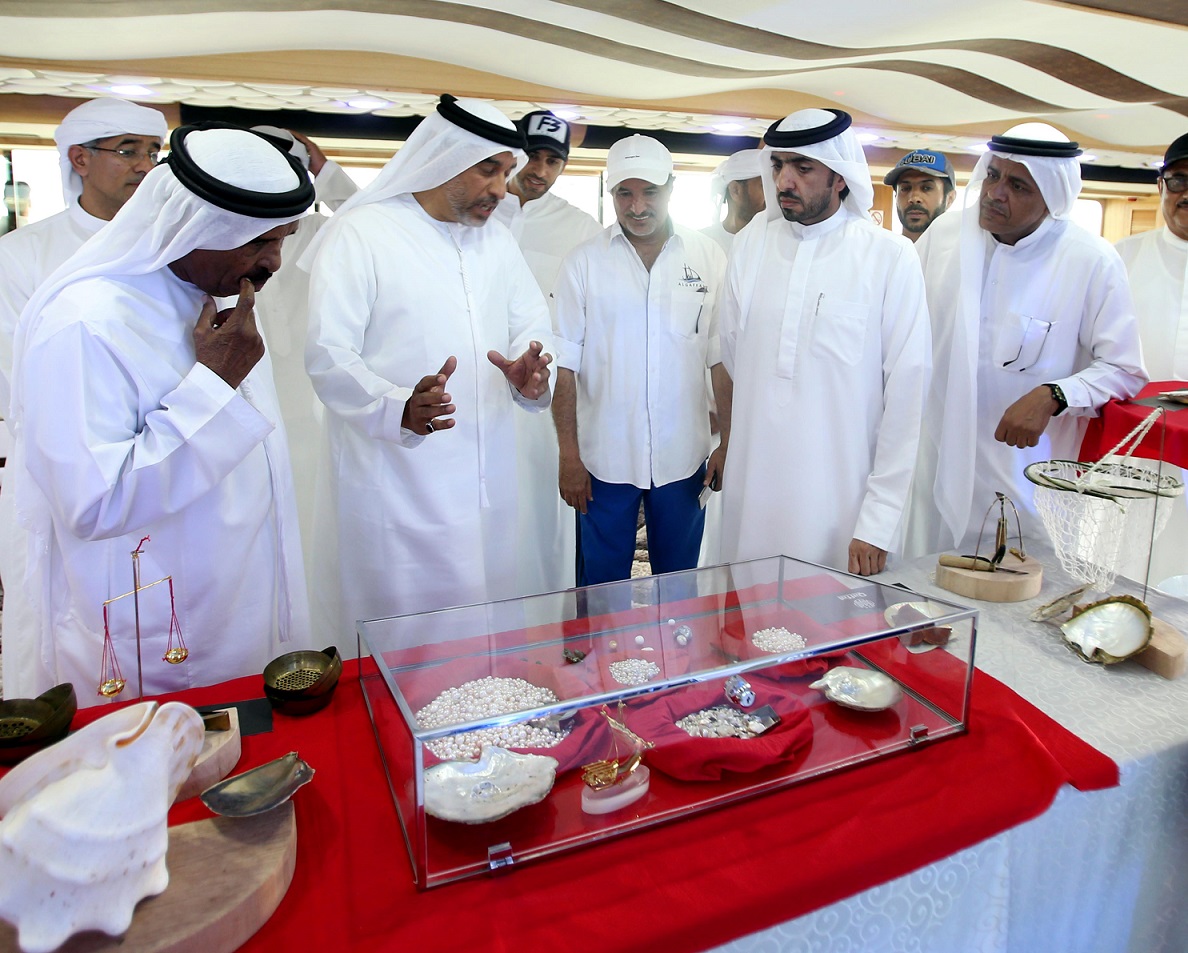 The First Pearl Exhibition During the Al Gaffal Race

Under the Patronage and support of His Highness Sheik Hamdan Bin Rashid Al Maktoum , Deputy Ruler of Dubai and Minister of Finance the sponsor of 29th Al Gaffal Long Distance Race.

Its our pleasure inviting you to see the treasure of global natural pearls being held in Al Fahidi Historical Neighborhood in Dar Al Nadwa, House 20 -Dubai from Thursday until Saturday featuring  The First Pearl Exhibition During the Al Gaffal Race. 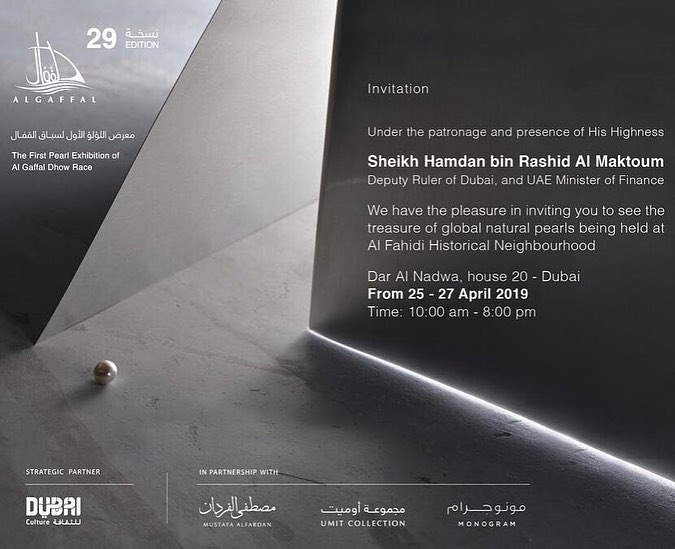 With the pearl fairist, Mustafa Al-Fardan, who has accompanied the race for years and has participated in his work in diving and pearl trade,features in many exhibitions and contributed to a number of television programs specialized in reviving the cultural heritage of our country.

Mustafa Al Fardan , extend his appreciation to HH Sheikh Hamdan bin Rashid Al Maktoum , Deputy Ruler of Dubai and Minister of Finance and patron of the closing race who launch the idea of this race and for his support in the last 29 years of this event that delivers great message to the world and to the successive generations. Where all are waiting for the race from years to years that revives the past and the present culture from the ancestors.

Al Fardan, praised the outstanding role of Dubai International Marine Club chaired by HH Sheikh Mansour bin Mohammed bin Rashid Al Maktoum , President of the Club and the Supreme Organizing Committee for the 29th edition of the Al Gaffal Long Distance race headed by Ahmed Saeed bin Meshar and Ali Nasser Belhabala which he wished the success of the big event. He also thanks the Dubai Culture for its support in the exhibit with the partnership from UMIT Collection and Monogram

The upcoming exhibit will be open on 25th-27th of April from 10:00 AM until 8:00 PM featuring the documentation about the heritage of pearl diving and will be showcasing a rare collection of natural pearls all over the world with a value of 100 Million AED that contains certificated from national and international laboratories in details.