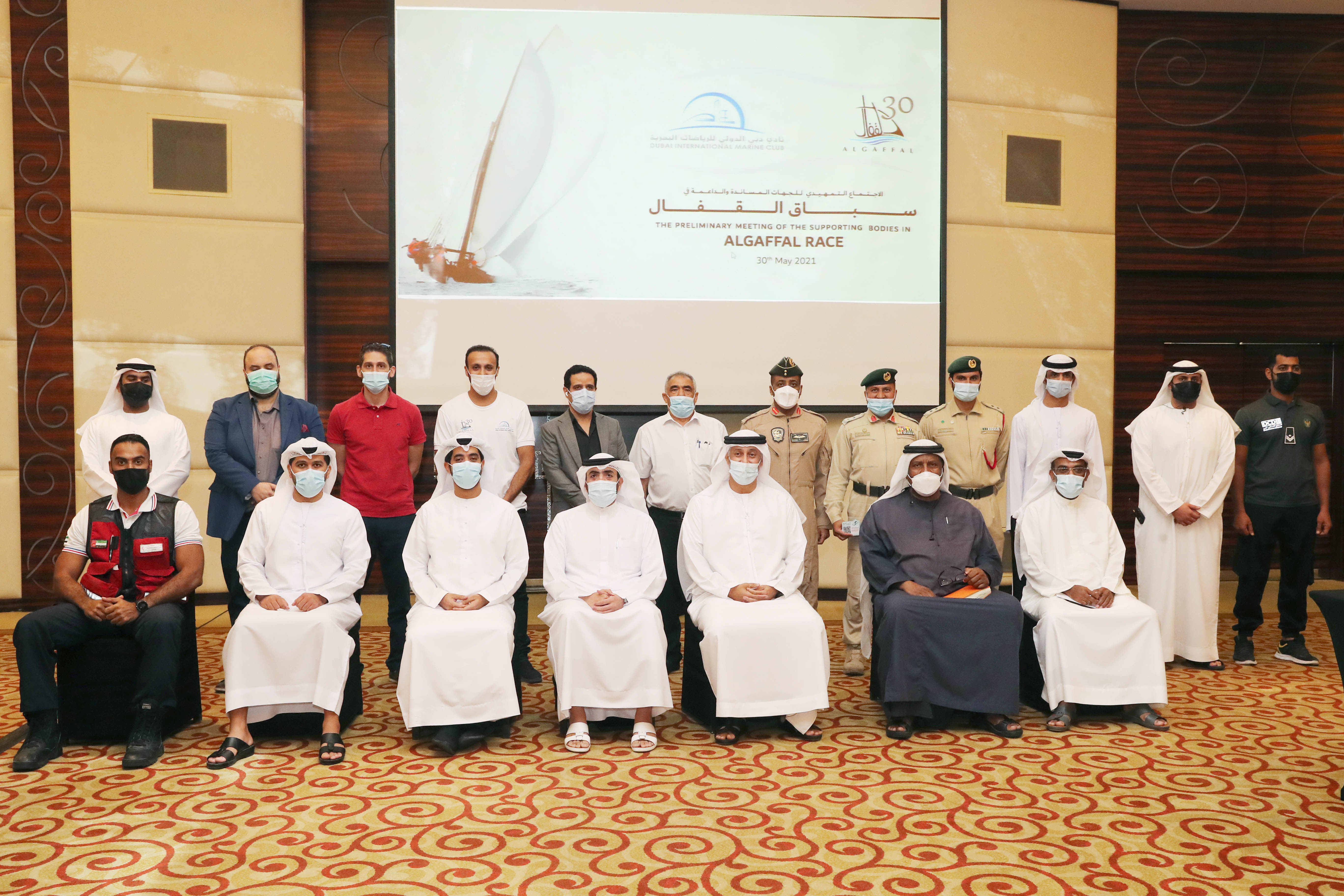 Ahmad Saeed bin Meshar , Chairman of the Dubai International Marine Club expressed his deep gratitude  in behalf of the Board of Director’s and members of the Club and the organizing committee of the race event to His Highness Sheikh Hamdan bin Mohammed bin Rashid Al Maktoum, Crown Prince of Dubai and Chairman of the Executive Council of the Emirate of Dubai for directing to organize the race in continuation of the great message sent by the late Sheikh Hamdan bin Rashid Al Maktoum  who was keen to develop and continue the race for three decades, until it becomes one of the annual festival awaited  by all segment of the society in the country.

This came during the general meeting held between the Organizing Committee of the 30th Al Gaffal Long Distance Race and representatives of government departments and national institution that contribute every year to the success of the great event, attended by the members of organizing committee Mohammed Hareb , CEO of DIMC and Hazeem Al Gemzi .

In his welcoming speech, Ahmad Saeed Bin Meshar praised the continuous efforts and hard work of the existing cooperation between the Dubai International Marine Club and the supporting bodies in the success of all the marine sports event including the Al Gaffal Race which has been a date awaited by all members of the society in UAE since its inception in 1991 which has witnessed the birth of the great heritage from the idea of the late Sheikh Hamdan bin Rashid Al Maktoum.

The head of the organizing committee said that the Dubai International Marine Club will work on implementing the directives of His Highness, the Crown Prince of Dubai, in cooperation with the club’s strategic partner to make the event happen on its 30th edition, in conjunction with the activities for the 50th year of the UAE and a few months before the launching of the Dubai Expo 2020 which will bring the world together in the pearl of Gulf, with the same motivation and vision that indicates the interest of the People of the Emirates in reviving the past of their forefathers in its Pearl Jubilee.

Hazeem Al Gemzi gave a full explanation of all the steps taken by the committee and the measure they take into account in the current conditions in avoiding the spread of the COVID-19 as he emphasize that all the requirements needed by the participants from the boat owners, seafarers, sailors and the organizing team for the safety and the success of the event.

He confirmed that the timetable will begin to complete with the PCR Test for all the participants and committee on Monday prior to their departure towards the Sir Bu Na’air Island from Wednesday &Thursday to complete the safety inspection procedures prior to the race starts on Friday, while Saturday is a reserved date if the race is not possible on Friday.

He said that the transportation towards the Sir Bu Na’air Island will be thru boats and yachts including the Zabeel for the Technical Committee while it will be accompanied by the Mobile Marine Hospital and the two yachts Dubawi and Quattrola Shadow will joint in addition to the Shindagha which will serve as the transport for the TV Channels and Dubai Media Incorporated.