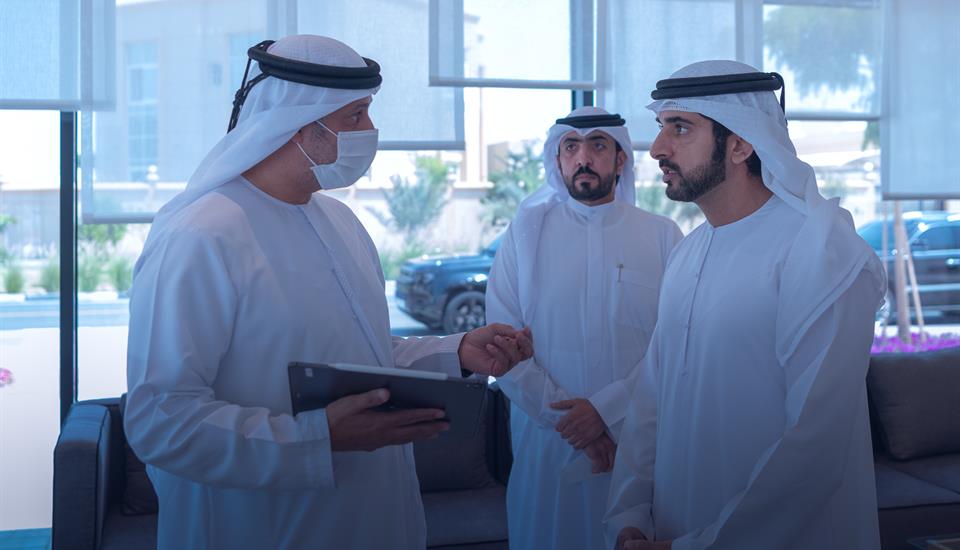 Government of Dubai Media Office – 09 May 2022: His Highness Sheikh Hamdan bin Mohammed bin Rashid Al Maktoum, Crown Prince of Dubai and Chairman of The Executive Council of Dubai, met with the members of the organizing committee of the 31st Al Gaffal Long Distance Race at a reception. The committee is chaired by His Excellency Ahmad Saeed bin Meshar, Chairman of the Dubai International Marine Club (DIMC).

During a reception, His Highness approved the dates of the 31st Al Gaffal Long Distance Race, which will be held from 27 to 29 May 2022. Held for the second year in a row, the event is being organized by the Dubai International Marine Club under the patronage of His Highness Sheikh Hamdan bin Mohammed bin Rashid Al Maktoum.

His Highness reviewed the Club’s efforts to ensure the successful organization of the race, featuring dhows with 60-foot sails. The race will chart a 50 nautical mile course from the Sir Bu Na’air island to the Dubai Coast. His Highness directed the organizing committee to coordinate with various government entities to ensure the safety and security of participants and the smooth and efficient organization of the race.

The reception was also attended by the Club’s Vice Chairman Saif Jumah Al Suwaidi; CEO of the Club Mohammed Harib; and Board member Jamal bin Krishan.

Since its inception in 1991, the event has become an annual tradition that brings together more than 3000 spectators. The dhow race celebrates the UAE's pearl fishing culture, in which the traditional sailing vessel has played an integral role.