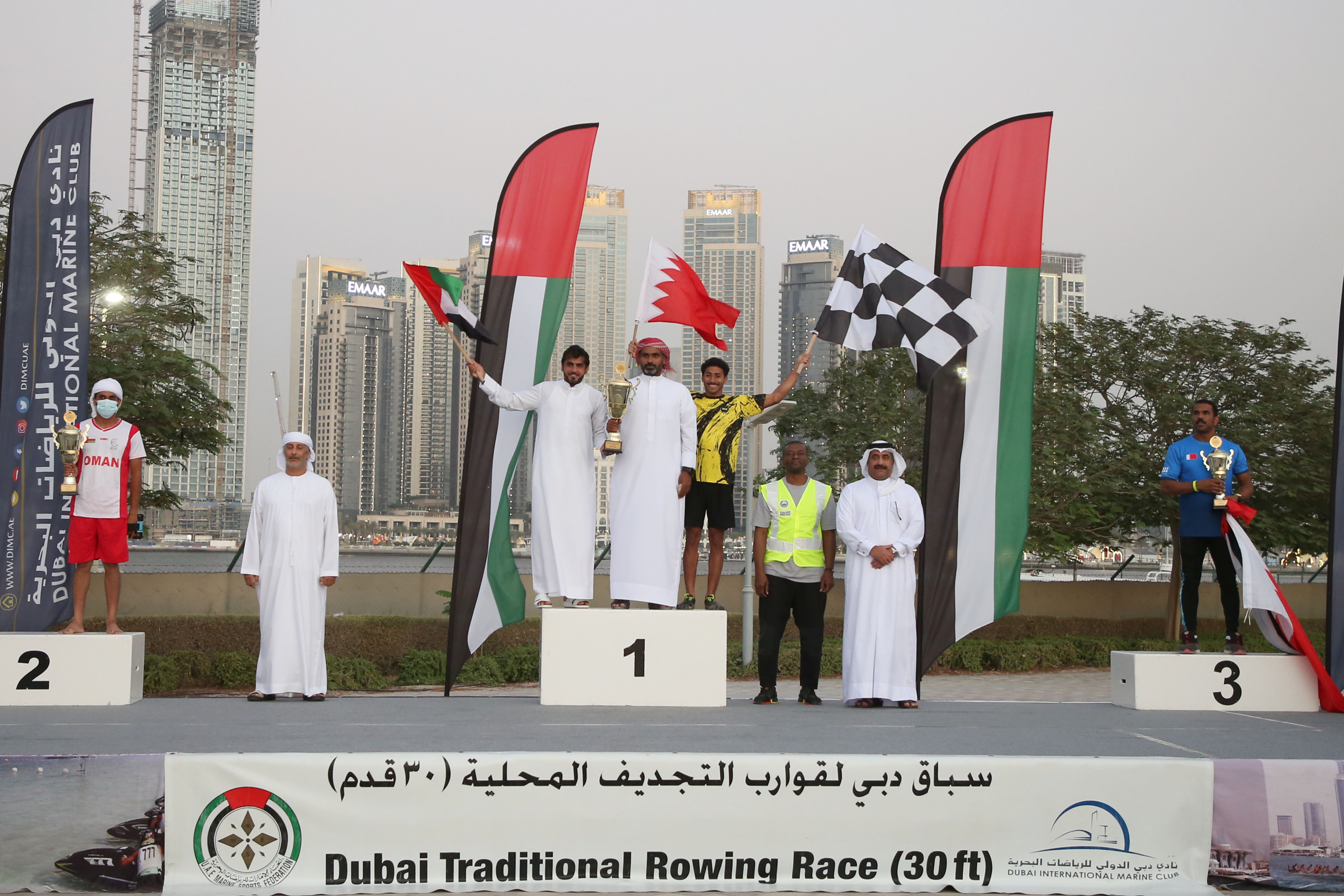 The Bahraini boat (KHK54), owned by Sheikh Khalid bin Hamad Al Khalifa and led by Ahmed bin Nasser bin Hassan Al Busmait, was crowned the champion of the open class in the race of the second round of the Dubai Traditional Rowing Race - 30ft which was held last Saturday in the Dubai Water Canal.

The race was successfully organized by Dubai International Marine Club under the current season 2021-2022 with the participation of 35 boats carrying more than 300 sailors which embodies the epic race in Dubai Water Canal near the Al Jaddaf region as the start line, that goes towards the finish line in the Dubai Festival City, one of the prestigious landmarks in Dubai Creek along with the Wildlife Sanctuary.

The second round of the Dubai Traditional Rowing Race - 30ft features the open class category for the first time in the history of the Championship that attracted the public interest and the people from the GCC countries to participate.

Bahraini boat “KHK 54” once again topped the championship after its outstanding performance in the first round and its achievement in the last season winning the 24th edition of the Al Maktoum Cup in Traditional Rowing Race.