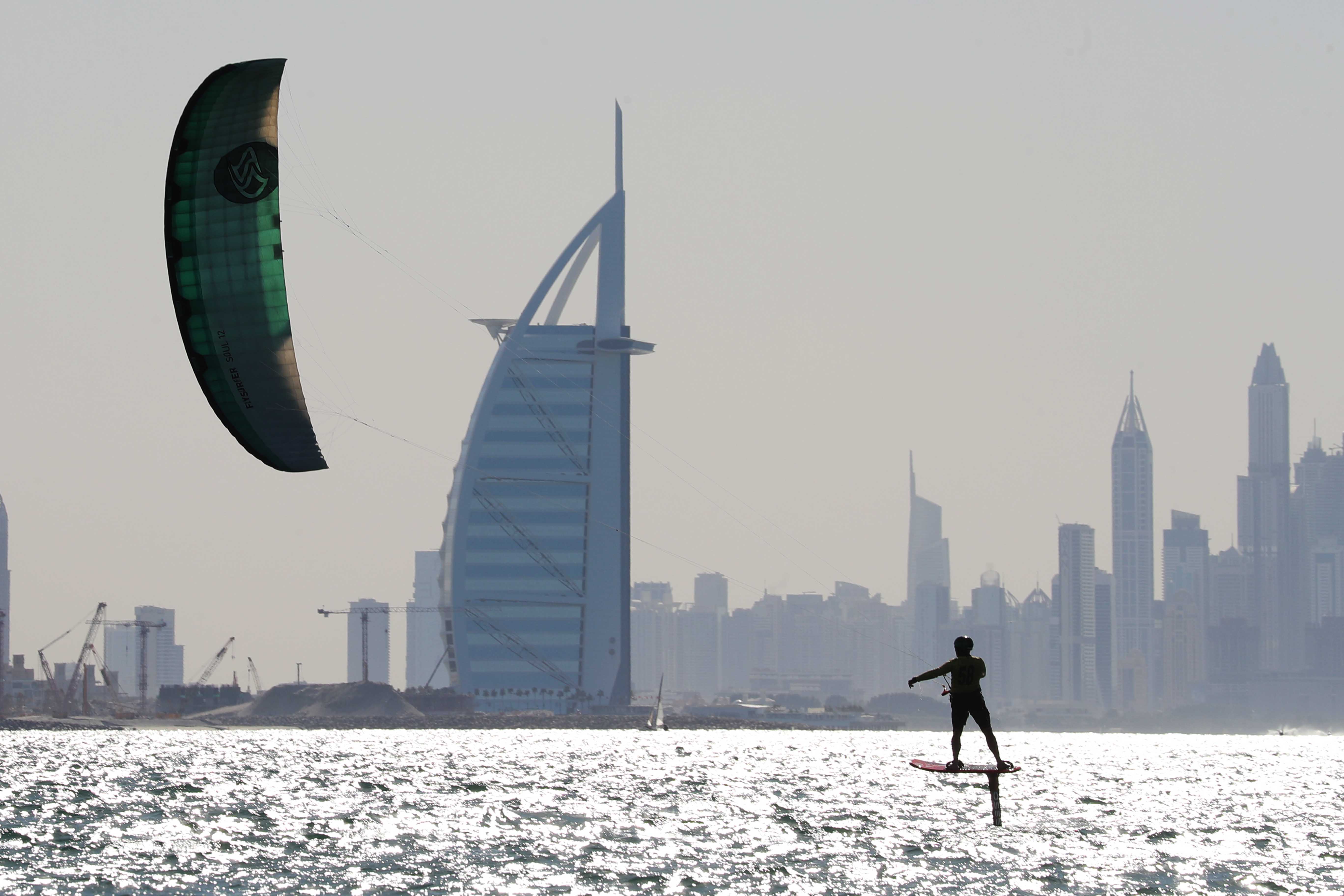 Kitesurf launches the watersports in Dubai for 2021

The Dubai International Marine Club will launch its first activity in the New Year 2021 on Friday and Saturday the first round of the Dubai Kitesurf Open which will be held on Nessnass Beach in Jumeirah.

The first round of the competition is one of the three rounds to be organized by the club this season 2020-2021 with the cooperation between the Emirates Kiteboarding Association (EKA)  headed by Sheikh Ahmed bin Hamdan Al Nahyan.

The highly anticipated event will be held this weekend on Friday and Saturday wherein the champions will gather (professional and amateur fans of the sport from inside and outside the country) in addition to the stars of the national tram competing for the titles in the following categories: Hydrofoil . Twin Tip and Free Style.

the Dubai Kitesurf Championship has become one of the sports in the Emirate of Dubai that the fans await every year, organized by Dubai International Marine Club which hosted the first championship in the country way back 2005 and returns to the marine sports calendar last 2017-2018 season and held annually with a various rounds.

Mohammed Hareb, CEO of the Dubai International Marine Club, said that the club is pleased to welcome fans and enthusiast of the  Kitesurfing to the Dubai Open in which this year includes 3 rounds wherein the first to be held this weekend followed immediately by the next week for the second round and the closing round is scheduled on March.

He praised the existing cooperation between the club and the Emirates Kiteboarding Association (EKA) headed by Sheikh Ahmed bin Hamdan Al Nahyan for the third consecutive season since its return in the marine sports calendar last 2017-2018 and noting that the club was the first one to host the championship of the said sports in 2005.

He added : “The upcoming event is one of a kind since its gather around 80 participants from more than 30 countries including the professional and amateur's resident and visitor in the UAE in addition to the stars of the national team where in they will compete in one of the most beautiful winter atmosphere in the world."