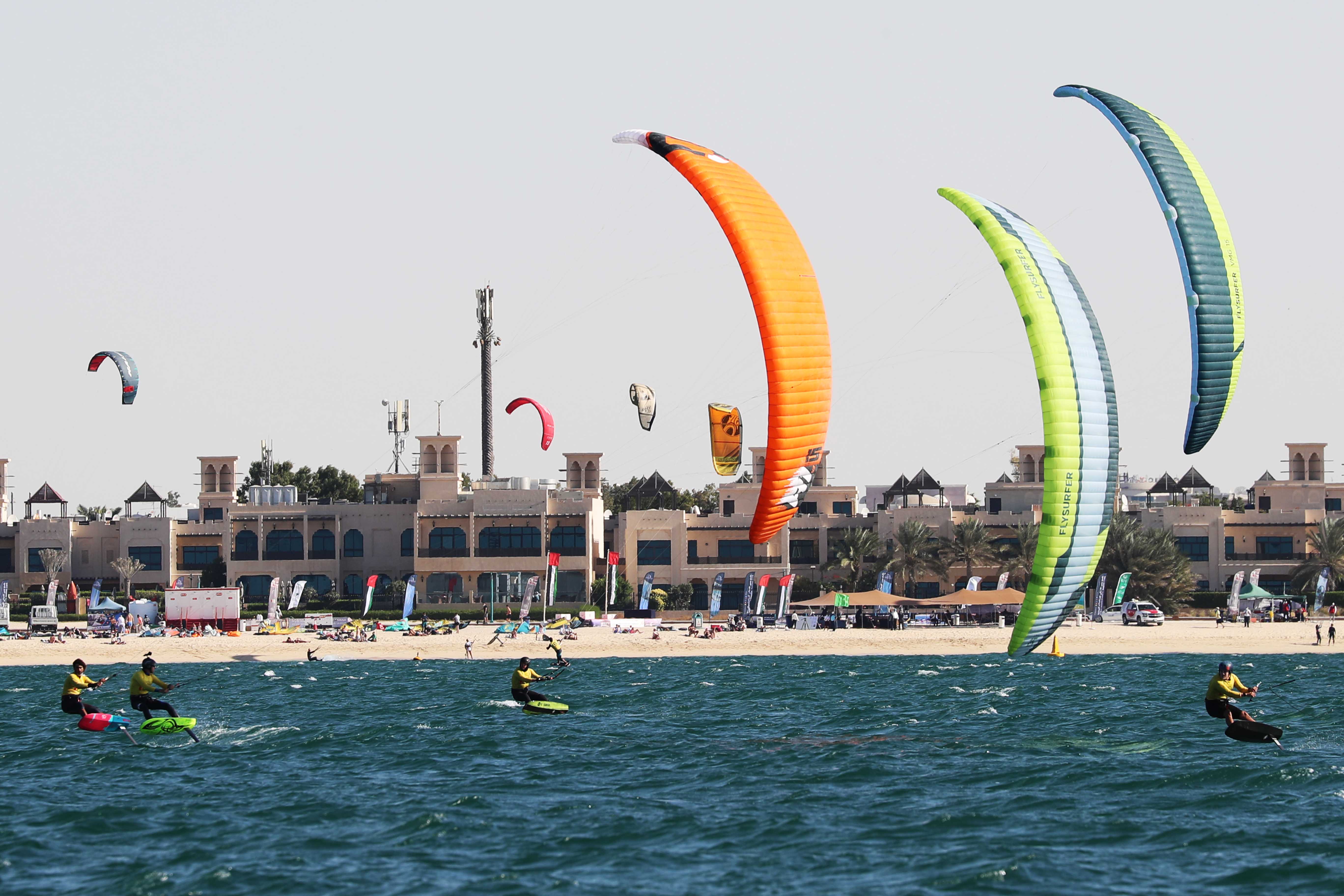 The second round of the Dubai Kitesurf Open was organized by Dubai International Marine Club that will start today at Nessnass Beach in Jumeirah that will conclude until tomorrow , the event is under the marine sports season 2020-2021.

The club completed all the necessary equipment needed for the race in coordination with the government department and national institution where in the said event was held in coordination with the Emirates Kiteboarding Association for fourth consecutive years now within the framework of the club to expand its activities to provide an atmosphere of competition for the fans and enthusiast of this sports among the local, resident and tourist of the country.

Nessnass Beach in Jumeirah has been a favorite spot for the lover of this sports and has put a wonderful scene in the world coolest winter in the world and in the first week of the month the club held the first round of the Dubai Kitesurf Open 2021 which include three rounds  this season as of the sports of its kind in the country.

The participants attracts people in the beaches of Jumeirah to witness and see as the colorful umbrellas of the kite as they rise up to the sky today within one of the world coolest winter . The event also attracted world stars that participated in the event last time stopping by to prepare for the upcoming 33rd Summer Olympic (Paris 2024).

It is expected that the wind speed for today and tomorrow will be good for the organizing committee and racers to maximize the competition to its fullest as it will starts from morning until evening of both days (Friday and Saturday).

The beaches of Dubai were known for the Kitesurfing sports even before the Dubai International Marine Club was the first to host the championship in the country wayback 2005 in Mina Seyahi.