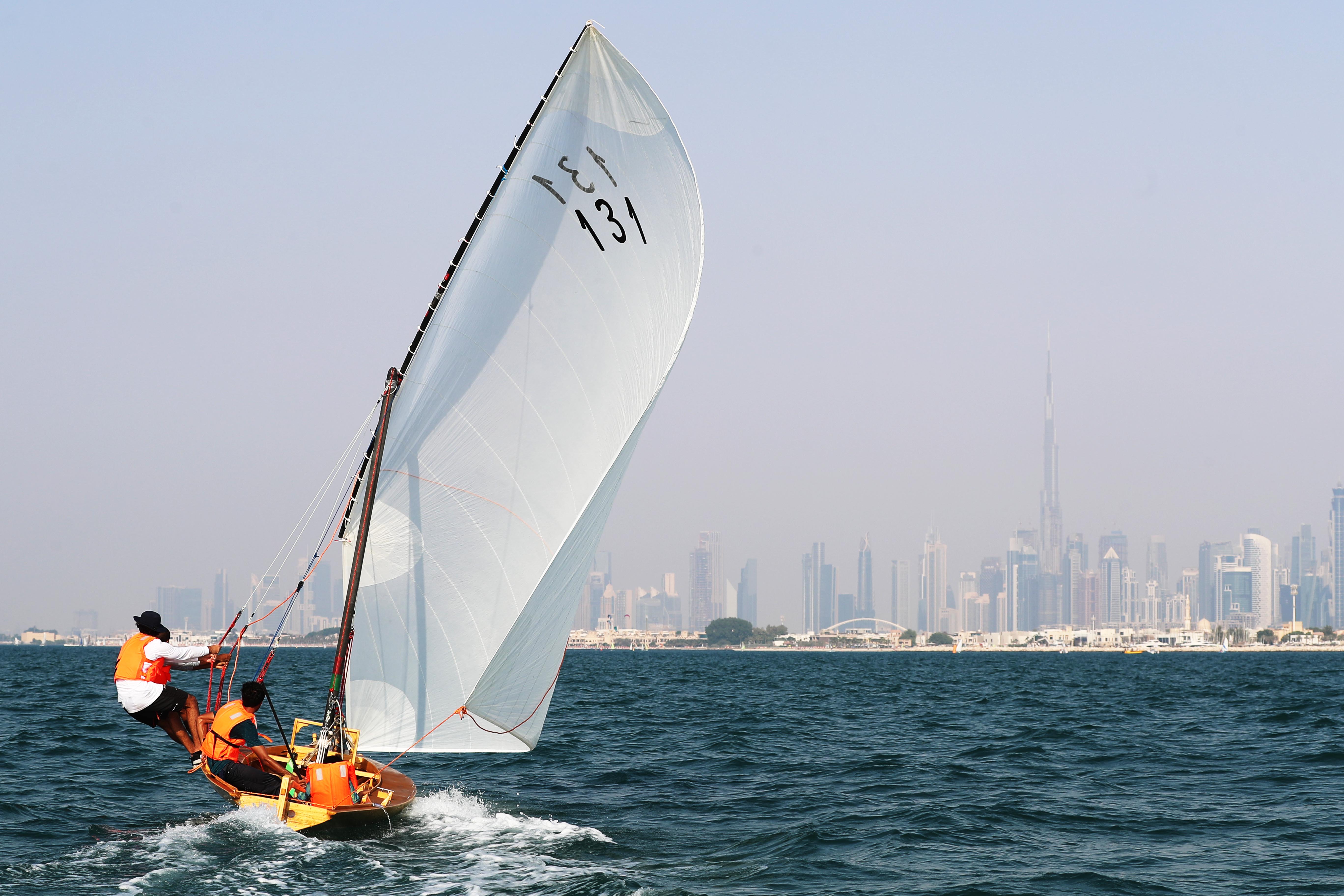 Mafarj boat no 131 led by the Emirati Sailor Ibrahim Saleh Al Hammadi succeeded in taking the lead in the Overall Standing for the 22ft Dubai Traditional Dhow Sailing Race for the season 2021-2022 which is divided into two categories: the Youth & Junior.

The Dubai International Marine Club (DIMC) organized the first race for the 22ft Dubai Traditional Dhow Sailing Race category way back on 1 October 1999 with 16 boat participants. The race serves as the translation of the insightful vision of the late Sheikh Hamdan bin Rashid Al Maktoum who establish the race to serve as an academy to train the young and junior sailors that will qualify them for the bigger race.

The young sailor Ibrahim, who participated before as part of the UAE Sailing Team that competed in Morocco several years ago, led the boat Mafarj 131 to win third place in the first round of the 22ft Dhow Sailing held on the last 8th of October and second place in the second round held last 4th of April gaining a total of 5 points to become a champion of this season overall for the said category.

The second place goes to boat no. 21 Toofan which is skippered by Zayed Sultan Al Dhaheri who finishes ninth place in the first round and first in the second round with 10 points while, in the third place is boat no. 9 led by Mohammad Abdullah Al Hammadi with 11 points and boat no. 40 Al Zeeb in the fourth place led by Ahmed Tariq Al Hosani with 13 points.

History’s memory preserves that the first race of the 22-foot local sailing competition was organized by the Dubai International Marine Club on October 1, 1999, and witnessed the participation of 16 boats, including the crew of the boat (Hayaf) whose owner, Rashid Mohammed Rashid Al Rumaithi, succeeded in achieving first place.