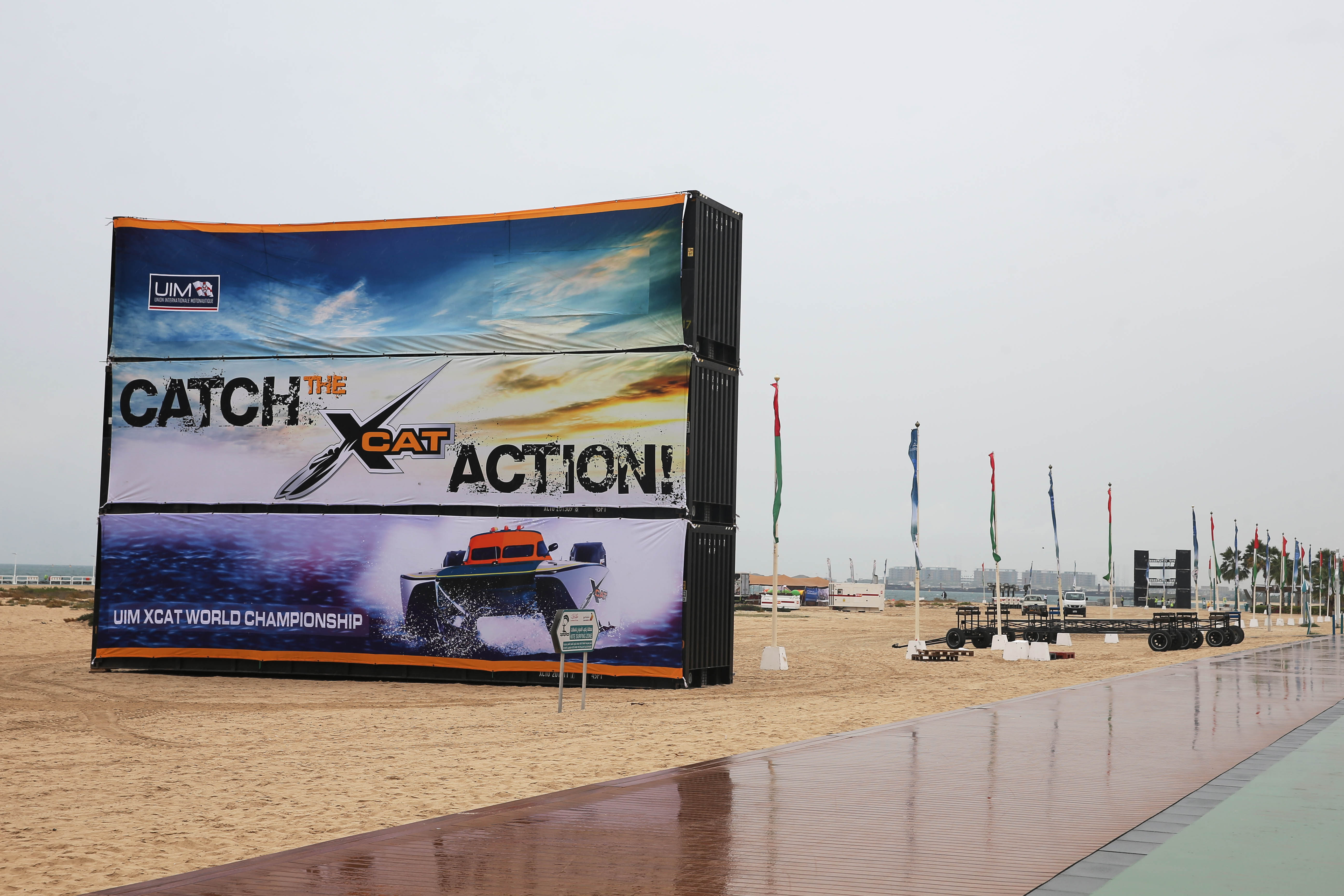 His Highness Sheikh Mansoor bin Mohammed bin Rashid Al Maktoum, President of the club the patron of the competition, 2019 UIM XCAT World Powerboat Championship - Dubai Grand Prix welcomes all the participants from all over the world in the ninth edition of the championship here in Dubai organized by the club.

Today  until Saturday we will witness the action here at Jumeirah 3 behind Sunset Mall for the first time which will excites audience to watch the race next to the waterfront and the course track.

He is pleased to bid goodbye to this year (Year of Tolerance) with this big event organized by Dubai International Marine Club which is the final round of the 2019 UIM XCAT World Powerboat Championship - Dubai Grand Prix participated by the 12 different team and 24 international drivers led by the UAE teams : Dubai Police 3, Abu Dhabi 4, Abu Dhabi 5 and the Victory Team 33 in addition to that the international participation of the Maritimo 12 (Australia), 222 Offshore (Italy-Australia), HPI 96 (Italy), New Star 9 (Russia), Kuwait 17 (Kuwait), De Metri 20 (Italy), Videx 22 (Italy), ConsulBrokers 46 (Italy).