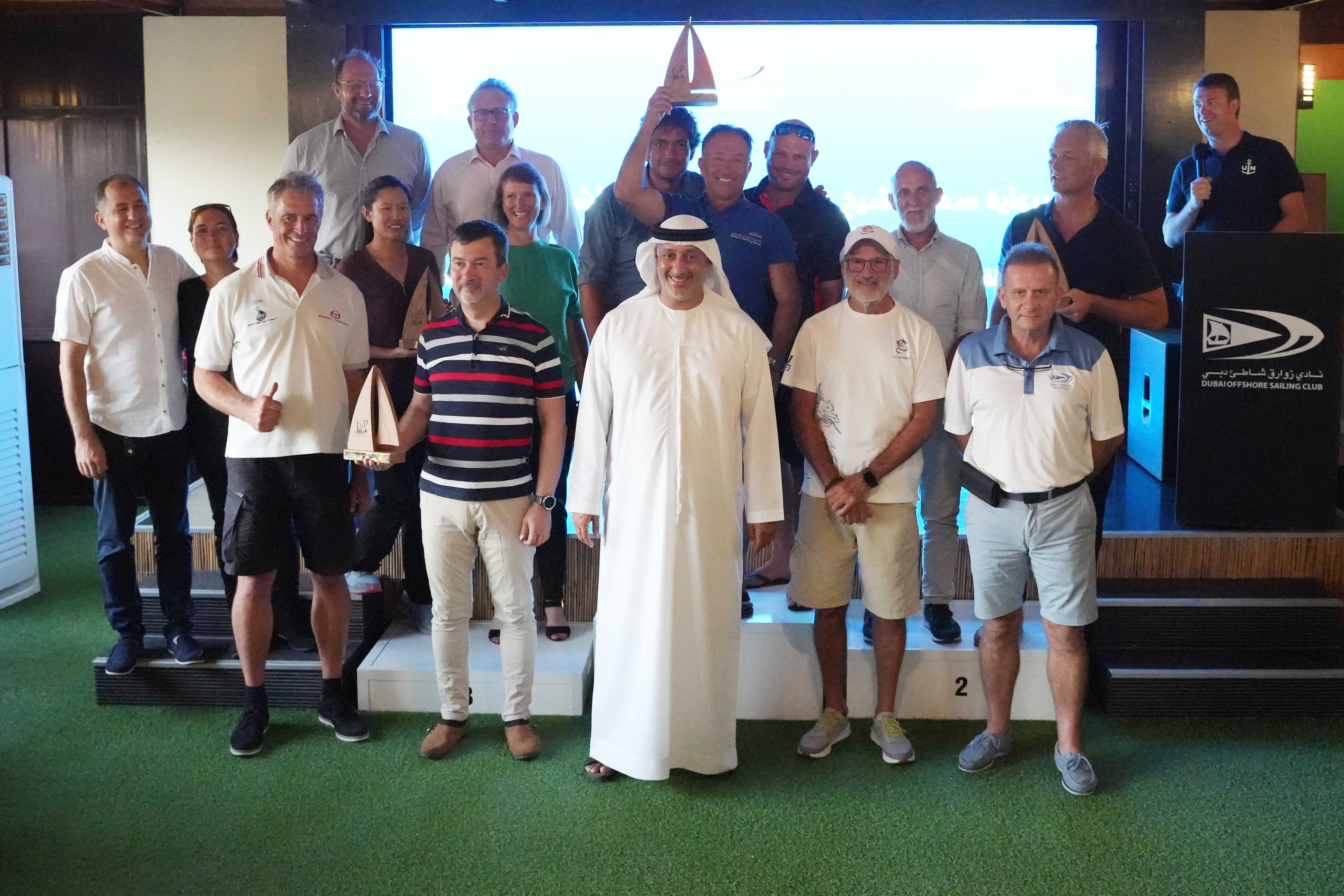 Al Gaffal Sailing Yacht Challenge coincides with the 31st edition of the Al Gaffal event to give an opportunity to all the segments of the society to participate and celebrate the annual festival. that reflects a diverse culture of the emirates represented by the traditional sports and modern sailing Sport which is famous all over the world.

The Higher Organizing Committee of the 31st Al Gaffal Race headed by Ahmad Saeed bin Meshar, Chairman of Dubai International Marine Club was keen to follow up on the event that took place 24 hours after the Al Gaffal Race, to check the team's safe arrival in the finish line near Burj Al Arab, the same place where we witnessed the arrival of the first boat participating in the 31st Al Gaffal Race last Saturday.

Mohammed Harib, Member of the Higher Organizing Committee for the 31st Al Gaffal Race and CEO of DIMC launch the race in Moon Island and attended the awarding ceremony held at DOSC headquarters wherein he handed over the trophy to the winning team and give a token of appreciation to DOSC for the continuous partnership in the watersports event.

As per the result of the race, Matrix (UAE 1000) took the first place led by David Blackwell followed by the second-place The Old Man (FR9914) led by the Frenchman Jean Gerard and the third place goes to Aurora led by Dmitri Yamshkov.

Mohammed Harib, praises the event that was held in celebration of the success of the 31st Al Gaffal Race , which is the oldest and longest traditional sailing race in the country. He also acknowledge the cooperation between the two club (DIMC & DOSC) in organizing such a wonderful event for the first time, the Al Gaffal Modern Sailing Yacht Challenge.