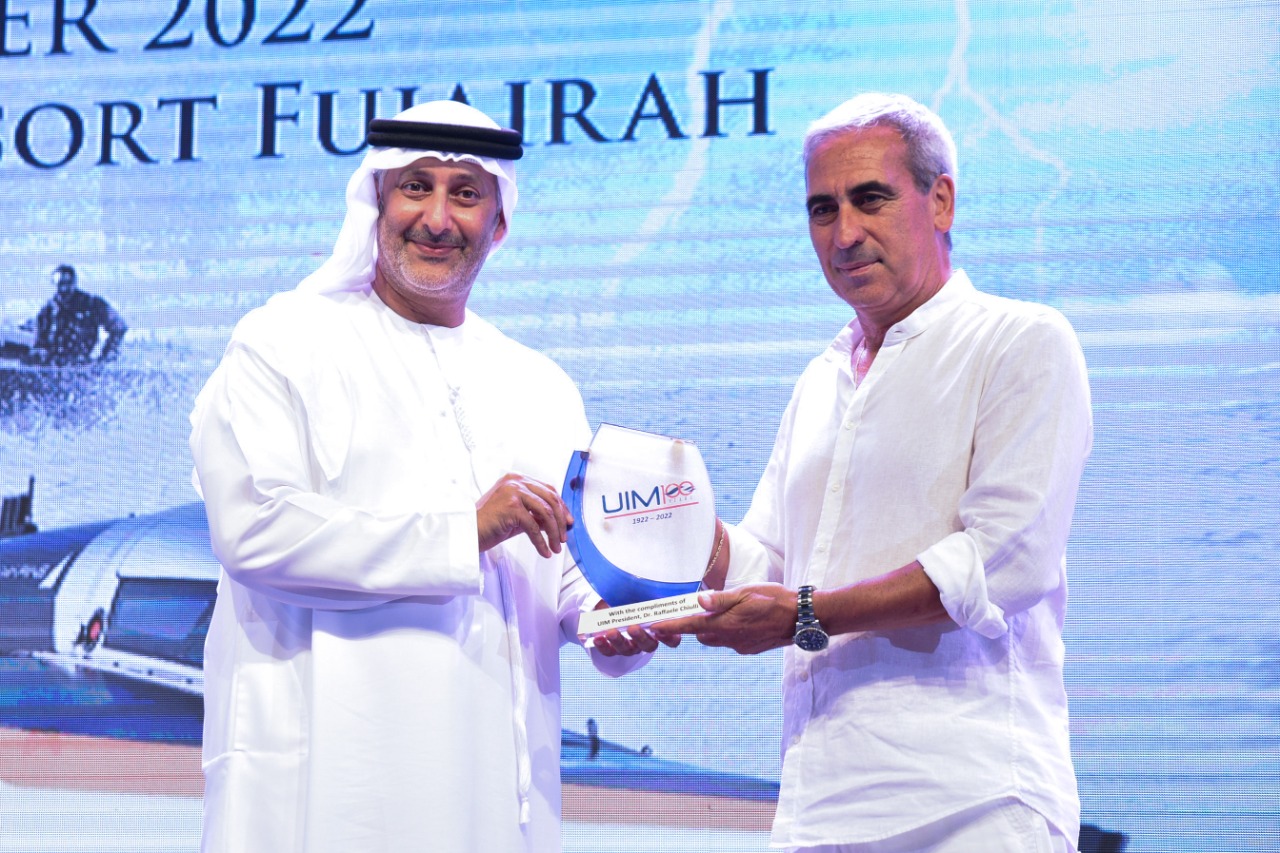 Mohammed Harib,  CEO of Dubai International Marine Club participated in the meeting of the Environmental, Solar, and Electric Working Group on the sidelines of the UIM General Assembly hosted in the emirates of Fujairah from 16-23rd this month held under the patronage of His Highness Sheikh Mohammed Bin Hamad Al Sharqi, Crown Prince of Fujairah.

Harib represents the UAE and is considered to be one of its oldest members of the  Environmental, Solar, and Electric Working Group which advises the UIM on policies to be adopted in terms of environmental protection, alternative energies, and sustainable development in achieving practices that keep pace with the goals of preserving the environment and making the races environmental friendly. He was joined in the meeting by Carla Chaghoury, Jeroen Droogsma,  Joris A. Melkert, and Vahur Joala.

The meeting of the group concluded with the announcement of a binding policy and multi-point work program for national federations and clubs to encourage the conservation of environment by reducing the harmful effects of low carbon emissions, green sustainability practices, and awareness among committees, teams or manufacturers.

Mohammed Harib, CEO of DIMC also received an special honor from Dr. Raffaele Chiulli , the president of the UIM for his efforts and continuous support for more than 10 years as member of the Board of Directors of the International Federation since 2012 and for being selected to be working with the Environmental, Solar, and Electric Working Group for the ff. year :  2012-2016, 2016-2020 and 2020-2024.